The Viceroy claims the subversive and pioneering work of Amèlia Riera

Since yesterday, the Palacio de la Virreina has been hosting an exhibition devoted to Amèlia Riera (Barcelona, ​​1928-2019). 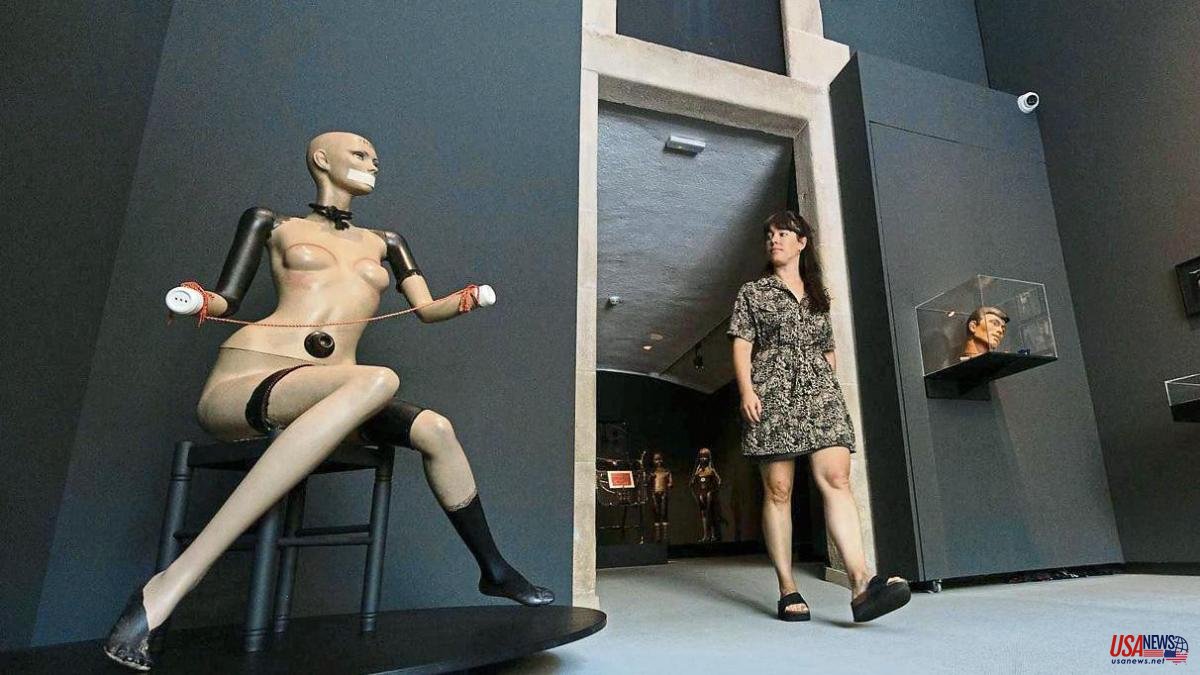 Since yesterday, the Palacio de la Virreina has been hosting an exhibition devoted to Amèlia Riera (Barcelona, ​​1928-2019). This classifiable painter and engraver is at the same time unclassifiable. Because of her work on the volume of the human figure, she has not deserved to be described as a sculptor, just as her figure and performance have not deserved to be described as an almost theatrical character, an art for which she acknowledged having an attraction. singular.

The exhibition has been curated by Pere Pedrals, thanks to the closeness he maintained with the artist, which allowed him to get to know her work as well as her life and mood in depth. It has been possible to gather, not without difficulty, more than forty original pieces, including objects, paintings and engravings, in addition to a generous collection of portraits captured by fourteen photographers and the most varied documentation.

The exhibition covers a brief but very significant period of the artist: from the mid-1960s to the end of the 1970s. It is a time marked by a notorious personal and political intensity. Having overcome Informalism, she immersed herself with greater intensity in a realism that would allow her to represent a whole series of passions, experiences, tensions, crises, neuroses, obsessions or mysteries sublimated in dreamlike scenarios, but descriptive and understandable for the viewer.

Right off the bat, the exhibition takes place on the street, in a couple of shop windows that fulfill the mission of being both a source of attraction for passers-by, and an initiatory access, focused on the pleasures of diabolical feasting and on sex. feminine. And it is that the initiatory ritual appears clearly embodied in his work, especially pictorial: the perspective, the decoration and the environment converge strongly towards a central point that ends up being almost hypnotic.

It uses eroticism to discourse in a series of fields that are disparate or not, ranging from sadism, masochism, torture, punished female sexuality, human isolation, but also to the power that subjugates or ideological repression. The dark, terrifying sculpture of the electric chair, one of his most fascinating manipulative performances, acquires a greater presence and dimension in this field than armchairs or beds; highlights the irony of the poster, which was designed and calligraphed by the painter and friend Vilacasas, the same one who taught him the art of engraving. Pleasure, with an equivocal ending, can also be staged by alluding to gastronomy.

The body can be both an element of attraction or a field of pain, just as the series of barbie dolls or the overwhelming mannequins represent with a new suggestive effectiveness, all transformed with a refined effect, full of provocative surprises.

In this exhibition, corporeal elements take on a disturbing effect, both because of their multiplied presence throughout the rooms and because of the perverse actions that the artist succeeds in applying to the entire surface. Lately it pained her that it was so difficult to obtain affordable mannequins, for it had become a specialty that gave her a self-confessed enjoyment. Proof of this was that she had some of her in her apartment, and she was grateful that they made her good company.

Amèlia Riera had discovered in this period the language and the theme that allowed her to clearly focus her longing for protest and struggle, for freedom in all its personal, social, feminist, and artistic dimensions. Hence, she made her own Picasso's manifesto, which she even copied verbatim at the bottom of a sketch: "Painting is an instrument of offensive and defensive war against the enemy." Needless to say, it was more explicit and direct than Informalism.

The journey through her creations culminates with the theme that hints at the significant title of the exhibition: Mrs. Death. The space is dominated by a coffin to the exact size of the artist, from which no more than a few feet stick out. And it is that her legs, as deduced in the tour, have her relevance. A test: the transformation that she carried out of the body of a Seat by means of only one leg, entitled Sleeping car. The exhibition, open until November 6, goes further, becoming a suggestive interpretation of her work.