The Vatican expels Pavone, a media priest close to Trump, from the priesthood

Frank Pavone, an American priest who is very close to former President Donald Trump, has been expelled from the priesthood by the Vatican after "persistently" disobeying the instructions of his bishop and after being found guilty of going too far in his political militancy with his “blasphemous communications” on social media. 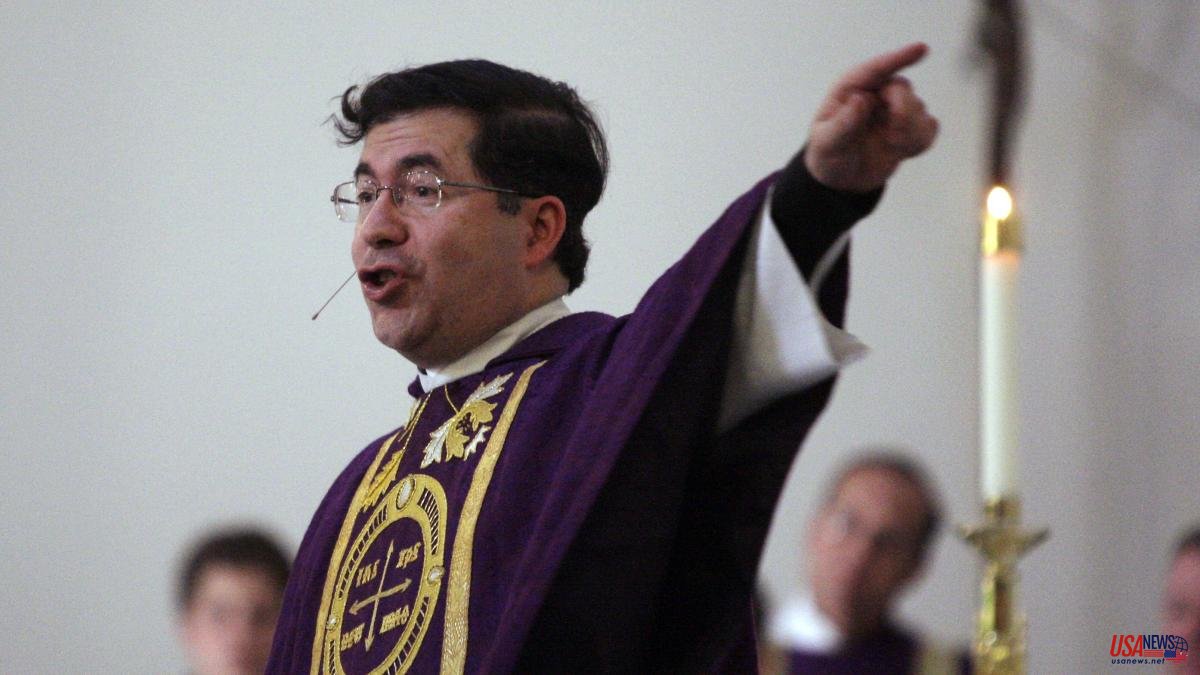 Frank Pavone, an American priest who is very close to former President Donald Trump, has been expelled from the priesthood by the Vatican after "persistently" disobeying the instructions of his bishop and after being found guilty of going too far in his political militancy with his “blasphemous communications” on social media. This was communicated in a letter by the nuncio (Vatican ambassador) of Pope Francis in the US, Christophe Pierre, to the episcopal conference of this country.

Pavone is a provocative character with great repercussions in the US and has been in confrontation with the Bishop of Amarillo, in Texas, for more than a decade for his political activities. Not only was he a religious adviser to Trump, but he also leads the anti-abortion organization Priests for Life and, when the Republican lost the 2020 elections to Joe Biden, he denounced that there had been fraud in the elections and extended the version that the Democrat had not won at the polls, contrary to what "the manipulative media said." Before the elections, the diocese of Amarillo had already denounced his use of social networks and had distanced itself from his partisan militancy.

The biggest controversy was caused in 2016 when he published a video in which he placed the body of an aborted fetus on an altar and urged his parishioners to vote against Hillary Clinton, even saying that they could not declare themselves Catholic if they bet on the Democratic candidate. In her letter, Pierre writes that he has already been given many opportunities to explain himself and therefore she will not have the right to appeal her removal from the priesthood.

Pavone continues to maintain an image with Trump on his Twitter account and has warned his anti-abortion supporters that “to think that a piece of paper from the Vatican can stop me defending the unborn is like thinking that a piece of paper from the Supreme Court can stop me from defending the unborn.” take away their dignity." “In all professions, including the priesthood, if you stand up for the unborn, you will be treated like them! The only difference is that, when they 'abort' us, we keep talking, loud and clear, ”she has continued.

In a more extensive statement, he challenges even a person from the Vatican or the nunciature to sit with him during a live television, to speak "transparently" about what happened and that "the people of God judge for themselves." He has also vowed that he will continue his "war" on abortion and the Church's "cancel culture" that he believes has dogged him for decades.

Regarding Priests for Life, the Vatican defines it as a "non-Catholic" association, determines that they themselves will decide the role that Pavone will have as a "lay person". This organization was already investigated for its economic management eight years ago by the Vatican. Then New York Cardinal Timothy Dolan said he "didn't want anything more to do" with them.

Pavone's supporters have been outraged at the Holy See over the punishment, including the Bishop of Tyler, Texas, Joseph Strickland, a controversial bishop who is also known for his opposition to Francis. “Blasphemy is for this holy priest to be canceled while an evil president (Biden) promotes denial of the truth and murder of the unborn,” he wrote on his Twitter.