The United States generates 51 million tons of plastic waste per year and only recycles 2.4

The United States is failing miserably in the recycling of plastic waste, as the organizations Beyond Plastic and The Last Beach Cleanup jointly denounced last May and Greenpeace USA now confirms in a new specialized report (Circular Claims Fall Flat Again). 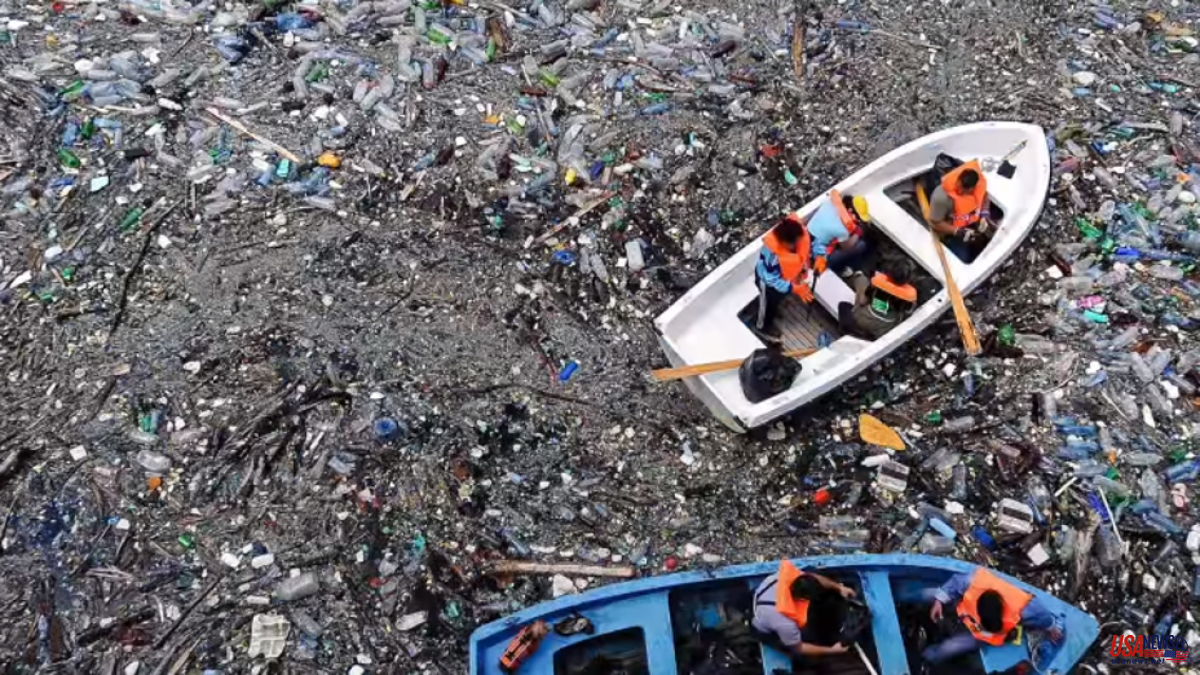 The United States is failing miserably in the recycling of plastic waste, as the organizations Beyond Plastic and The Last Beach Cleanup jointly denounced last May and Greenpeace USA now confirms in a new specialized report (Circular Claims Fall Flat Again).

In both cases, one of the demonstrative figures is the one that indicates that in 2021, only between 5% and 6% of plastic waste was recycled in the United States. The Greenpeace report, in particular, points out that US households generated 51 million tons of plastic waste last year while only 2.4 million tons were recycled.

Especially significant is the fact that, taking into account official data, in recent years there has been a decrease in the percentage of plastic waste that is recycled. Thus, the figures of the EPA (United States environment agency) indicate that in 2014 the recycling of plastic waste reached 9.5% and in 2018 it reached 8.7%, the two highest figures in the last decade.

The EPA balance for 2021 could be released in November of this year but, according to environmental entities, it will not be too different from the 5%-6% indicated in their estimates.

For Greenpeace USA, one of the main problems is that "most plastics [currently used in packaging and the like] simply cannot be recycled."

The Circular Claims Fall Flat Again report indicates that specifically in the United States "mechanical and chemical recycling of plastic waste fails because plastic waste is extremely difficult to collect separately, virtually impossible to sort for recycling, harmful to the environment for reprocessing, they are often compounded or mixed with toxic products, and because recycling systems are not economically profitable".

The work that is now presented recalls and denounces the export of waste generated in the United States to developing countries, in a form of trade that causes serious pollution problems in the receiving populations.

Lisa Ramsden, Greenpeace USA's plastics campaign manager, points out that "single-use plastics are like trillions of pieces of confetti thrown from retail and fast food stores, and millions of US residents, who end up scattered all over the world." the country every year.” “It's simply not possible to collect the large number of these small pieces of plastic that are sold annually to American consumers. Now, the reality is that every year more plastic is produced and a smaller percentage is recycled. The crisis is getting worse and worse and, without drastic changes, it will continue to get worse as it is estimated that by 2050 the current production of plastic will have tripled.”

Ramsden continued: “We are at a decision point on plastic pollution. It's time for corporations to turn off the plastic faucet. Rather than continue with greenwashing actions intended to mislead the public, the industry should stand on the right side of history this November and support an ambitious Global Plastics Treaty that should finally end the age of plastic by significantly decreasing production and increase recharge and reuse.”

New report from Greenpeace US delegation urges companies to take several additional steps to mitigate systemic problems associated with plastic recycling, including phasing out single-use plastics, committing to reusable packaging standards and the adoption of the most ambitious version of the treaty on plastics promoted by the UN.