The uncertain future of patrons

Civil society in Spain has been waiting for almost two decades to see renewed a patronage law of insignificant deductions that, for example, does not even recognize crowdfunding through technology. 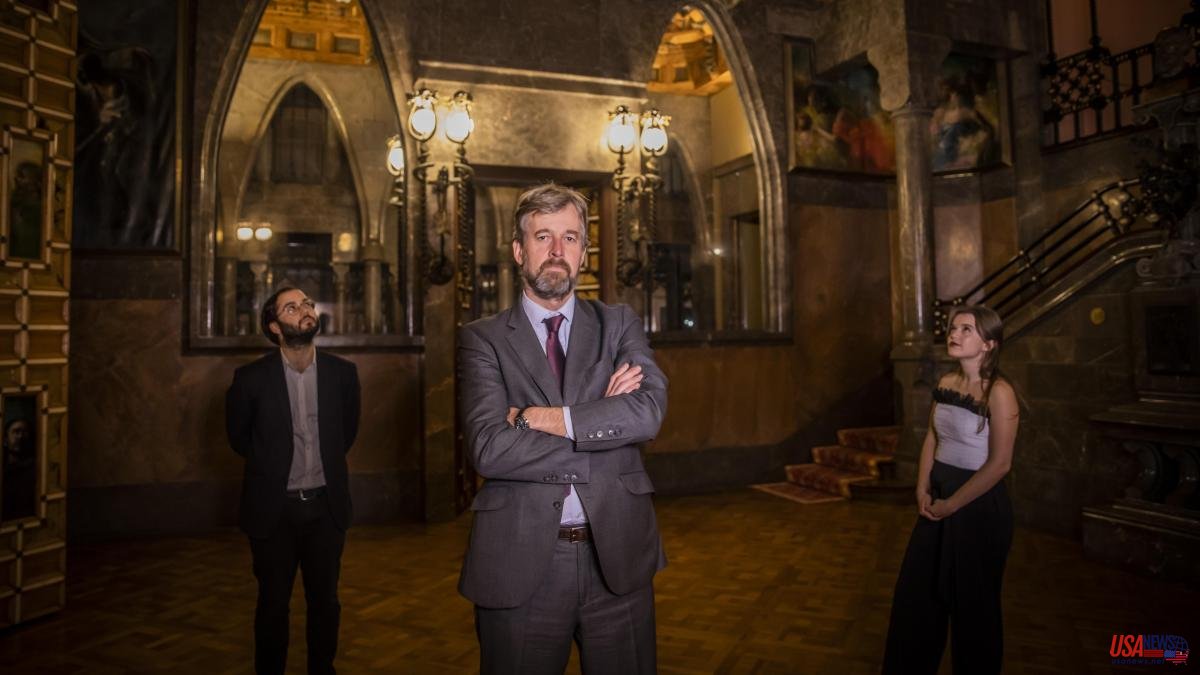 Civil society in Spain has been waiting for almost two decades to see renewed a patronage law of insignificant deductions that, for example, does not even recognize crowdfunding through technology. However, every initiative that has taken place in this regard, regardless of which party it was, has ended up running up against the Ministry of Finance, which, by its very nature, is not willing to approve a regulation that implies a reduction in its collection.

"In a government there is never a single party, because all the ministers belong to one except the Treasury, which belongs to another," said Jordi Solé Tura during his time as minister, during which he promoted the 1994 law with Carlos Solchaga in Tax authorities.

However, it seems that the current proposal to reform this law 49/2002, of December 23, on the Tax Regime of Non-Profit Entities and Tax Incentives for Patronage, could have overcome more obstacles than any other in recent years. . Promoted by the PDECat deputy in Congress Sergi Miquel, it was admitted for processing with 90% of the votes of the parliamentarians, it has seen the amendments closed after almost a year and the presentation was called for the parties to proceed, as of Wednesday 30, to its writing. In two or three more weeks it should be ready to enter the commission, chaired by the PP – not the group in the Government – ​​and, after another period of amendments, it could be approved in the first quarter of 2023.

The world of culture is incredulous –and skeptical– at the progress of this reform. “Patronage law? Let me know when you arrive." There are many years of attempts in vain, with partisan interests involved and the pediment of the Treasury portfolio waiting at the end of the tunnel. In addition, it has been used repeatedly as a weapon between the parties and the different territorial visions. There are those who from the PP see a drift towards independence in part of that support for Catalan entities that is guaranteed through this instrument.

Catalan civil society has behind it an important history of patronage that currently does not find the best tools to deploy. Whoever donates does so without expecting any return. "I consider it an act of Catalanism to donate what is necessary in Catalonia to make our painters known", points out Antoni Vila Casas, aware that "those who have an economic activity do make arrangements, but those of philanthropy nothing of any".

Sergi Ferrer-Salat, one of the main European patrons, has not only opened two fabulous bookstores –Finestres– in Barcelona, ​​but among other things, he is procuring 600 scholarships to the Conservatori Superior del Liceu, or buying musical instruments both for this center and for projects in neighborhoods at risk of social exclusion. Or he finances student concerts or master classes with classical or jazz greats, who visit the Barcelona Jazz Festival.

If more than a century ago, Count Güell acted as a patron of Antoni Gaudí, just yesterday, his great-great-grandson, Eusebio Güell i Malet, presented in the premises of the Palau Güell to two of the young people awarded scholarships by the Fundación Privada Güell, which has since 1957 awarding prizes and scholarships. In this case they are the young singer Aitana Sanz and the art historian Bernat Puigdollers, who present the project Baldomer Xifré Morros: art dealer.

"We hope that this new law, which has been cooking for so long, will allow us to be a little more creative in order to offer more and better captivate people with what the foundation is doing for society, so that they can be more involved", comments the current Viscount of Güell.

The current reform of the law is going further this time in its parliamentary process. And despite the fact that the PSOE is not enthusiastic about the idea – if they had more legislature ahead of it, it would be their own law that they would like to see prosper – they may not want to see themselves voting against it alone.

The Ministry of Culture of Miquel Iceta does not enter into assessing said progress of the reform, since it is not the portfolio that promotes the law. "Since it is a fiscal regulatory framework that not only affects the cultural field, its regulation corresponds to the Ministry of Finance and Public Function", they warn from the Ministry of Culture and Sports. To immediately recall that in its additional provisions, the General Budget Law includes events of exceptional public interest each year that "have allowed Telefónica to allocate three million euros to sponsor the commemoration of the 50th anniversary of the death of Picasso, in addition to large theaters like El Real, or museums like the Prado or the Reina Sofía”.

Indeed, the main lyrical arenas in the country, Real and Liceu, have made use of these provisions on the occasion of their various anniversaries, and perhaps for this reason they have survived -see graph- with sportsmanship the cuts in public administrations.

It was in fact in 2014 that the Generalitat de Catalunya warned cultural institutions that the budget cut was serious and had come to stay. This is where initiatives such as the Fundació Catalunya Cultura arose, which seeks to build bridges between business and culture, and prevent the flight or loss of talent by advising the sector so that, “as micro-enterprises, they know how to work sustainably and are not ephemeral”. comments its director, Maite Esteve.

The foundation has assembled a platform for the patronage of 182 entities from the social, cultural and research world in Catalonia. And in Madrid they have found an association of homologous participation at the state level, which carries a great economic and social weight. "They made a call to the rest of the Spanish entities and we have acted as a group in an act in Congress to unblock the reform of the law," he explains. "It is not the ideal law but it is a step forward."

The current law is obsolete in the eyes of the majority, maintains Sergi Miquel. It does not contemplate technological participation, read micro-patronage and crowdfunding, or even less stockings, etc. The very definition of donation is in question, or the way in which it deals with collaboration agreements. The relationship between donor and recipient has undergone changes that the current law makes obvious.

When it was approved in 2002, it was a pioneering law, since France would approve it the following year, conceptually looking at it. Jean-Jacques Aillagon's law would be referential throughout Europe with much higher deduction percentages. Of course, Aillagon did not accept the position in the French government until he knew who would hold the collection ...

This law, which is an improved reform of the 1994 one drafted by Solé Tura, has not been without controversy since its birth. Since that same year, all the political parties that pass through the government consider that an improvement is necessary. And Josep Maria Lassalle presents a bill that is the banner of the new PP. Although ironically, not only is it not carried out, but the 21% cultural VAT is applied.

"The terror of the Treasury should not be such, because we are talking about a sector with a fiscal cost of 700 million euros, yes, but it is making an investment of 1,500 million euros with 44 million users," concludes Esteve.

The socioeconomic moment of crisis demands tools that allow cultural entities to have a second economic lung. People tend to reduce investments, and even so, when the law has been somewhat more generous in weighting, it has been seen that the percentage of the donation rises by a third.