The TecnoCampus of Mataró will sponsor, one more year, the IndieDevDay 2022, one of the video game fairs with the most projection in the state. 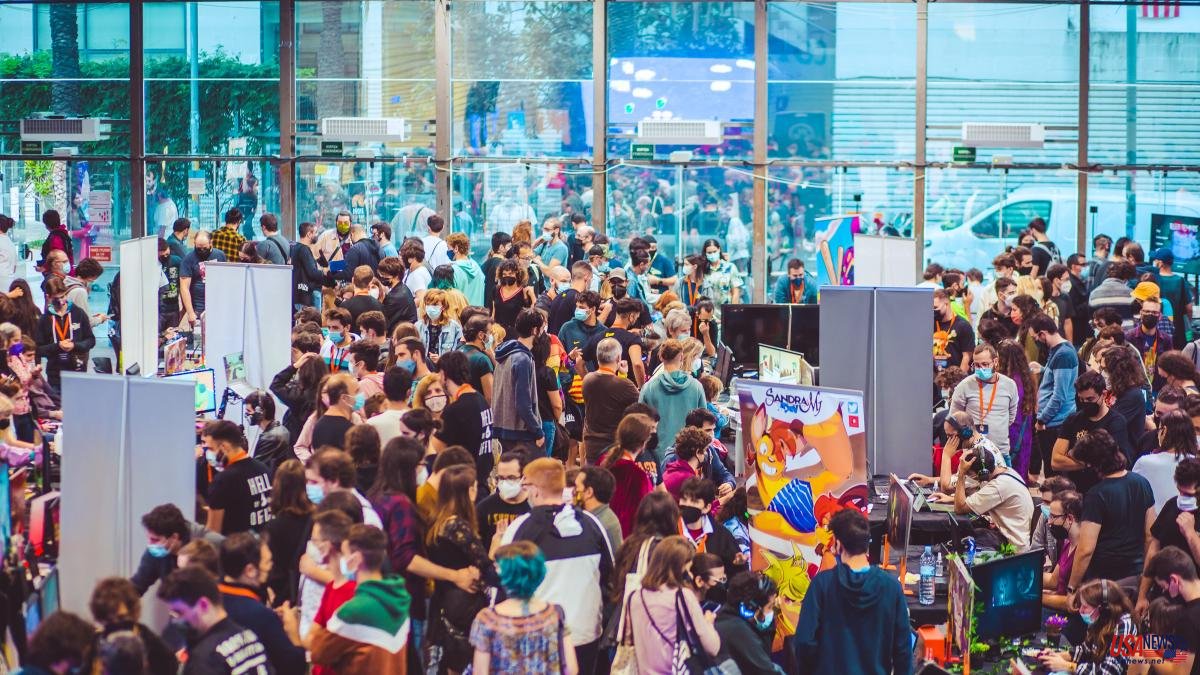 The TecnoCampus of Mataró will sponsor, one more year, the IndieDevDay 2022, one of the video game fairs with the most projection in the state. he fifth edition of the event will be held next weekend, from October 29 to 30, in the Sants garage, and will bring together various developers, blogs, associations, and fans of the video game sector.

IndieDevDay is a non-profit event that aims to vindicate the effort and sacrifice involved in making Indie games. Likewise, throughout these two days, the talent of all those developers, artists and designers who wish to present their projects will be promoted.

This fifth edition has been baptized as the "experiments", since in recent years the event has grown a lot. From management they consider that it is important to continue innovating and creating new things, as explained by the director of the fair Daniel Santigosa. “As a great novelty, we have created from nostalgia, an album of collectible cards of the video games participating in the event. We have also decided to give more importance to music, incorporating musical performances related to video games”, says Santigosa.

The students of the Degree in Design and Production of Videogames of the Higher Polytechnic School of the TecnoCampus will also have the opportunity to exhibit their projects in their own stand. Specifically, five will be presented, all of them carried out within the framework of two of the three subjects of Creation and Development Projects, explains Professor Victor Navarro. "There's a good set of styles and genres, from arcade beats to RPGs, from environmental fantasy to contemporary delivery company satire," he adds.

These projects include the video games Look What I've Made, developed by students Gerard Coquard, Héctor Vergel, Cora Real, Jan De Nobel and Nil Muns. The game is a metroidvania (a type of video game genre) where the player has to advance through different areas of the world and unlock skills to level up and fulfill the protagonist's objective.

Pau Bartolomé Alvea, Anabel Jiménez Moreno, Carlos Martínez Bueno, Gerard Montasell Valls, Arnau Reig Méndez, Pau París Muñoz and Daniel de Salabert García are the creators of the frenetic AllPack.Co, a game that looks great with the “low-poly” aesthetic. ” and is reminiscent of Crazy Taxi, where the player has to drive like a madman through the streets of Llama City and deliver all the packages on time if he doesn't want to get fired.

Claws Out is a third person shooter game, where the player has to choose between multiple bullets that have different effects to create their own combinations and face all kinds of enemies. Its creators are Óscar Villalobos Marin, Ariel Valera Chacón, Marc Mas Vidal, Ainoa Tabares Amaya, Marcel Feliu Saperas, Eduard Corral López, Paula Ros Márquez and Ricard Peláez Corberó.

Finally, Merge It! An RPG developed by Marc Martínez, Pablo Morer, Darian Badia, Pau Ruano, Isaac Tomás, Carlos Carbó, Alex Pascua and Marc Torres. In this game you will have to take the role of Alch, an alchemist apprentice who will embark on a mission to generate a mysterious object that his master has requested.

"We believe that they are a good example of the production capacity and creativity of our students," explains Navarro. "At TecnoCampus we offer comprehensive training and we give great importance to the design section, that is, to creativity and concept, and we are happy with the five teams that will represent us this year," she says.

In addition to the presentation of student projects, TecnoCampus will also participate in IndieDevDay on October 30, with "Art Direction: Survival Manual", a talk given by the teacher Dani Candil, Art Director at ALKIMIA Interactive (THQ Nordic) and Professor of Art in the Degree in Video Game Design and Production at TecnoCampus.

In it, Candil will review from the emotional and professional management of the team, to the importance of environments, characters, search for references, solid style, or light, when creating a video game.