The Supreme has always made history

The series of rulings issued in recent weeks by the Supreme Court of the United States in relation to the interruption of pregnancy, climate change and the control of firearms have made evident the conservative bias that this high court acquired as a result of the appointments made by President Donald Trump. 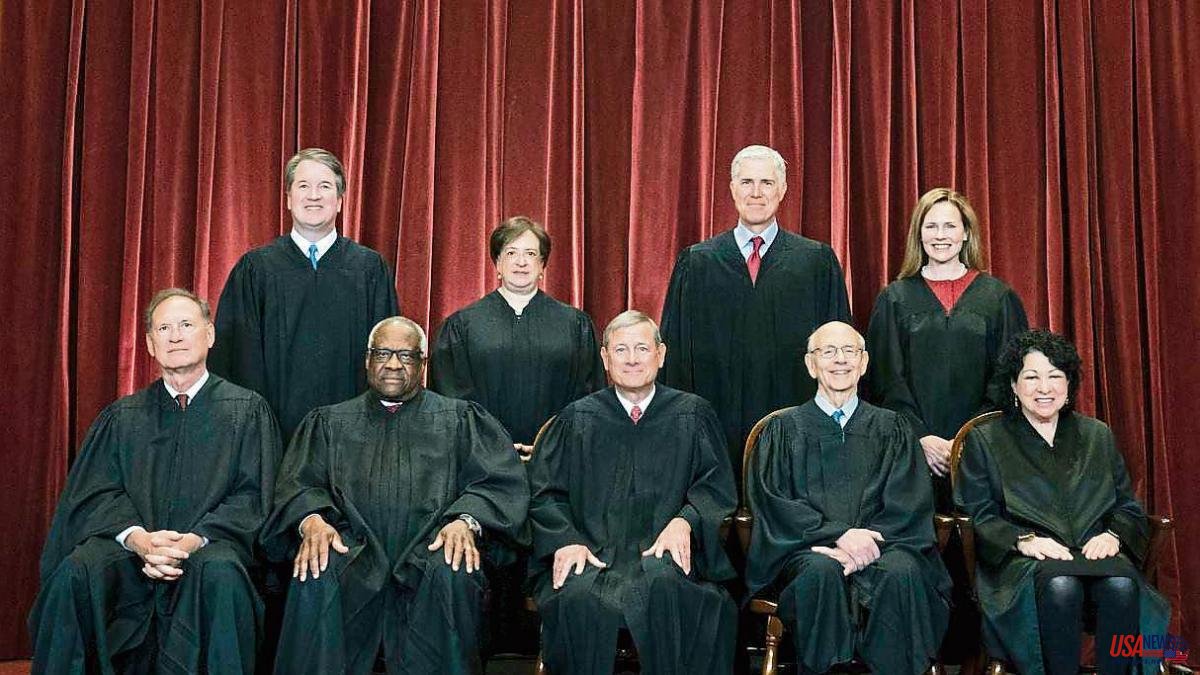 The series of rulings issued in recent weeks by the Supreme Court of the United States in relation to the interruption of pregnancy, climate change and the control of firearms have made evident the conservative bias that this high court acquired as a result of the appointments made by President Donald Trump. However, these politically transcendental decisions are part of a historical tradition and have a lot to do, curiously, with biology.

Unlike the nation's presidents, whose term of office is limited to two four-year terms, Supreme Court justices, nominated by the president and ratified by the Senate, serve for life. Mandates of 20 or more years, which transcend presidencies and political majorities of either sign, are not strange. The absolute record is held by a progressive, William O. Douglas, who was appointed by Roosevelt in 1939 and left the bank –the bench, in judicial jargon– in 1975, having thus coincided with seven presidents.

Vacancies are therefore sporadic and completely unpredictable. This explains, for example, that during the successive presidencies of Bill Clinton, George Bush Junior and Barack Obama –24 years in total, all three were re-elected– these presidents were only able to fill six vacancies in the Supreme Court, at a rate of two for a beard, while, in just four years, Trump was presented with three opportunities, which he took advantage of to print the current conservative label, a bias that can last for a generation or more.

But throughout the country's recent history there have also been some momentous rulings that had little or nothing to do with the dominant ideological trends at the time. In 1954, when racial segregation was still absolutely in force in the south of the country, the Supreme Court ruled that separation by race in public schools was unconstitutional, laying the foundations for a civil rights revolution for the African-American population that would still take a decade. in achieving its most significant achievements, such as the right to vote.

It is also surprising that the ruling that until now gave constitutional coverage at the federal level to certain forms of termination of pregnancy, Roe v. Wade, was enacted in 1973, by a court of rather conservative inspiration. In fact, that sentence was drafted by a Nixon-appointed judge. If the current sentence that returns those powers to the states has enjoyed a large majority (6-3), its opposite even had a greater margin (7-2).

At the risk of abusing the historical adjective, the 1972 ruling cannot be described in any other way, which declared the death penalty unconstitutional for representing a “cruel and unusual” punishment that violated the Eighth Amendment. Four years later, with 66% of the population in favor of capital punishment, the Supreme Court retracted, entering into a macabre and extensive speculation about what form of execution is or is not cruel and unusual. Along the way, illustrious convicts such as Charles Manson or Sirhan Sirhan, convicted of the assassination of Robert Kennedy, saw their sentences commuted to life imprisonment. Manson died, but Sirhan has been in jail for 54 years.

And for a starkly political decision, the one adopted by the high court in 2000, when, by a majority of 5 to 4, it ordered the Florida authorities to stop counting the votes, granting the majority in that state -and the presidency - the governor of Texas, George W. Bush, in front of Vice President Al Gore.