The strike at Lufthansa forces the cancellation of some 1,100 flights

The strike of the staff of the German giant Lufthansa has forced to cancel some 1,100 flights this Wednesday, according to the first balance offered by the company. 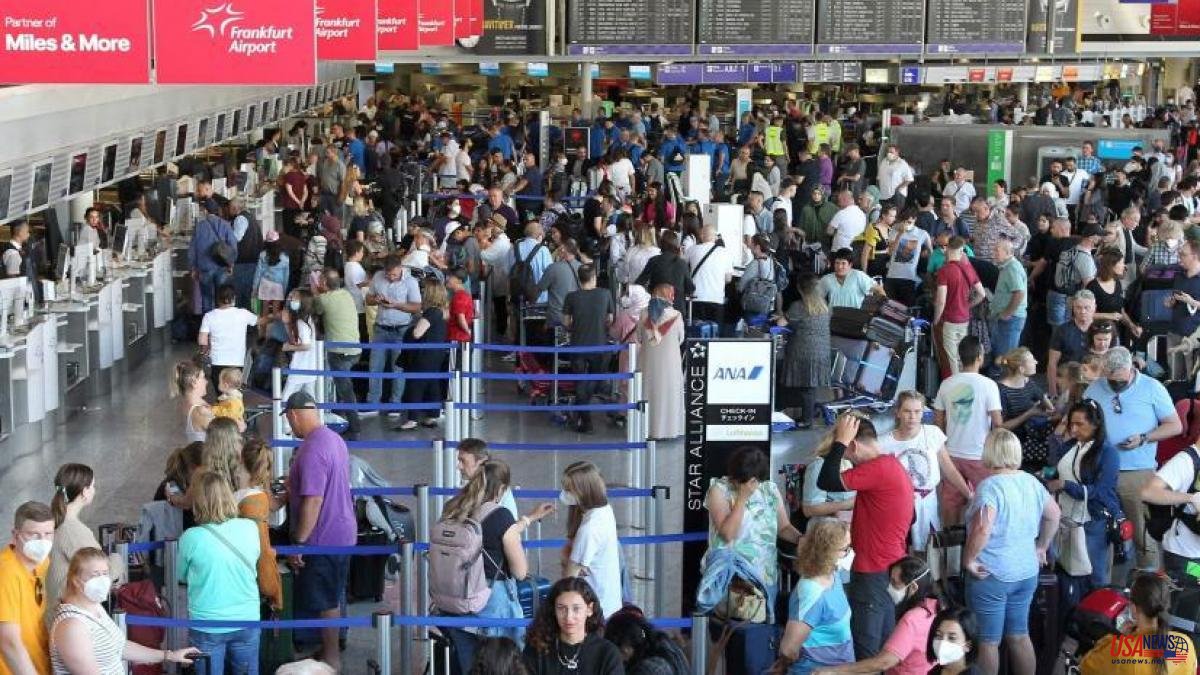 The strike of the staff of the German giant Lufthansa has forced to cancel some 1,100 flights this Wednesday, according to the first balance offered by the company. Its hubs have been more affected and have been filled with queues of stranded passengers, with some 134,000 affected.

The problem is concentrated in Frankfurt and Munich. In the case of Frankfurt, 725 of 1,160 scheduled flights have been cancelled, according to the operator Fraport. There are also canceled flights in Berlin, Hamburg, Bremen, Stuttgart, Cologne and Dusseldorf. Added to them are other flights from third-party companies also operated by Lufthansa ground staff, such as Swiss Air, Austrian Airlines, United or Air Canada.

In the case of Spain, it has forced the cancellation of 22 flights with origin or destination in Barcelona.

The company has enabled a portal to check the status of flights during the strike.

The airline had announced the cancellations over the weekend, advising affected passengers not to go to airports because most counters would be unstaffed. Although the terminals were unusually empty during the early hours of the morning, queues began later to try to find replacements for their canceled flights, reports DPA.

Some 20,000 workers were called to strike in a call by the Ver.di union. A salary increase of 9.5% is claimed for the staff after two rounds of unsuccessful negotiations, where "Lufthansa did not make an adequate offer", according to the central. "This is a warning strike and the effects are visible. We hope that Lufthansa does not cause another strike in the future," said Dennis Dacke, spokesman for Ver.di.

Lufthansa spokesman Martin Leutke called the strikes harmful. "People who wanted to travel, who planned vacations for a long time, who looked forward to their vacations, unfortunately postponed these dreams... maybe they were even destroyed by the strike," Leutke told reporters in Frankfurt. “This strike is completely unnecessary. It is also completely exaggerated, ”he finished.

The protests by Lufthansa workers join the wave of problems facing the sector due to the return of demand after the pandemic. In addition to the chaos at British airports, there are strikes across the continent, such as those at Ryanair and Easyjet in Spain.