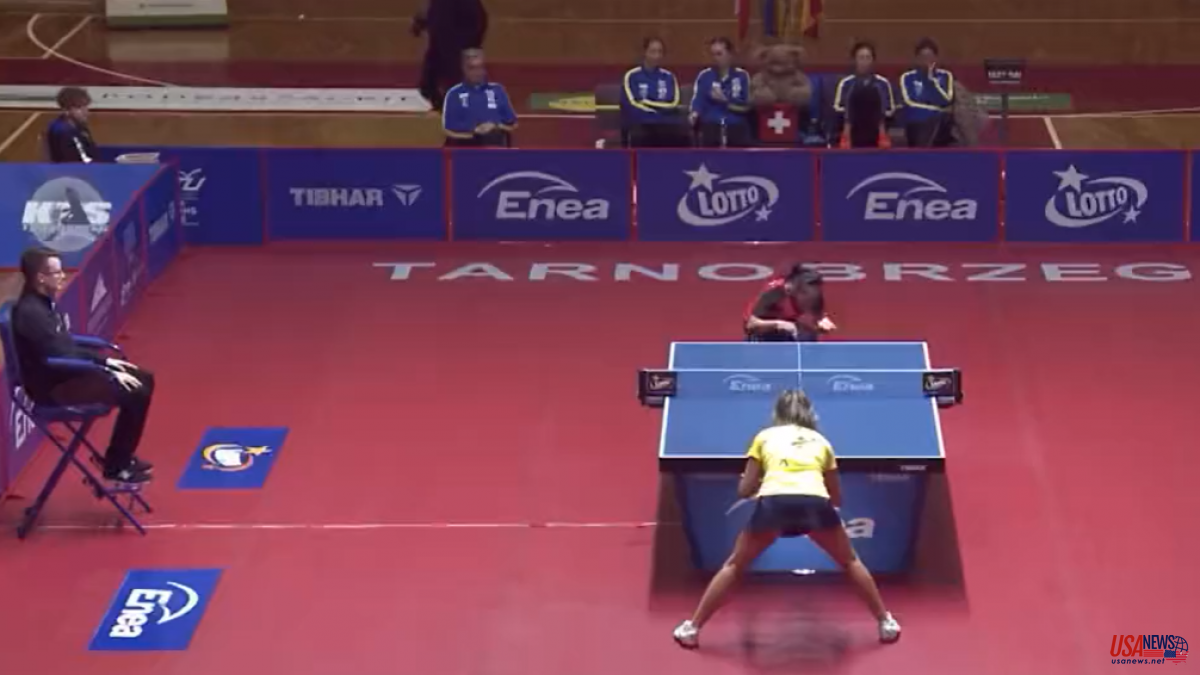 Marta Pajares traveled to Poland last Tuesday to face the world number 12 in table tennis, Yang Xiaoxin. This should not be news if it were not for the fact that it is not usual for a 59-year-old woman to play a match at the highest level. The result was not favorable (3-0), although Pajares managed to take the best point of the match.

Actually, it shouldn't surprise anyone: Pajares has played in World Cups, European Championships and has been runner-up in Spain. She has been playing table tennis for more than 3 decades. Her proud son, the journalist Álvaro De Grado, was in charge of spreading it through social networks, and her tweet quickly went viral.

His two children commented, through the Twitter account of the sports medium Relevo, the situation they experienced. "If they ask me what I'm doing watching a table tennis match on a Tuesday afternoon, it's easy: 'My mother is the one in yellow'," said Álvaro.

Her current team, RCTM Linares, made up of Thip Paranang (player who was unable to travel), Claudia Caragea and Marta Pajares herself, also joined in the congratulations to the player.