The single dish is imposed to save money

The president of France, Emmanuel Macron, surprised a few weeks ago by proclaiming the end of the era of abundance. 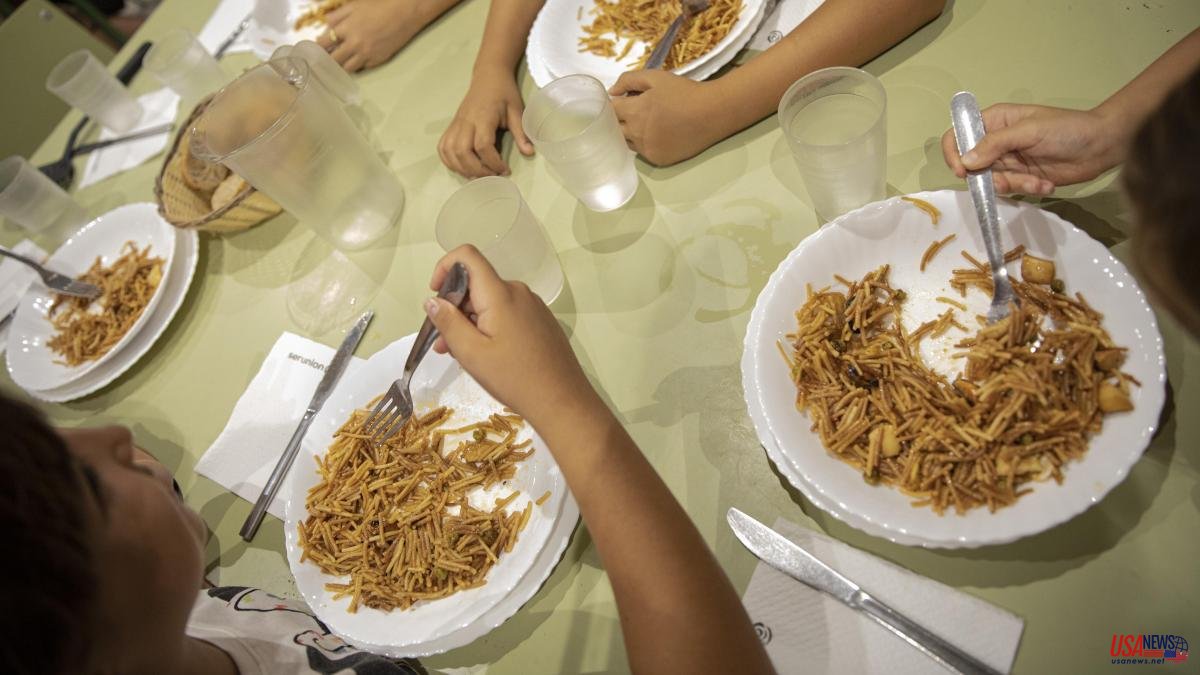 The president of France, Emmanuel Macron, surprised a few weeks ago by proclaiming the end of the era of abundance. But certain data and behaviors seem to prove him right. One of the savings measures observed by consumer analysts in the face of rising food prices in Spain (13.8% in August, the highest annual rise in 28 years) has a full impact on the most basic eating habits: the daily menu.

Households are now opting for more austere meals and the single dish is gaining ground as a tool to spend less money, says the latest panel by the consulting firm Kantar, made public yesterday. The three-course agapes (first, second and dessert) go down. "Inflation has had some effects on consumer behavior," they detail in Kantar, such as "the simplification of menus" in homes, "increasing the number of single-dish meals." These already reach 52.4% of the total, the highest figure since 2020, according to data provided by the consultant. That is, of every hundred meals, 52 are made with a single dish.

On the other hand, food savings grow. Thus, food waste has decreased by 12.3% in one year. The latest analysis of the Ministry of Agriculture in this regard also confirms that less food is thrown in the garbage: the 1.2 million tons of food that were discarded in 2021 represent 8.6% less than the previous year. With milk 26% more expensive than a year ago, eggs 22% or oils 24% higher; Throwing away food is literally throwing away money. The domestic menu is not the only one that rises in price due to inflation. Eating out is also more expensive. Bars and restaurants have raised the price of the menu between 5% and 15%, according to a survey carried out this summer by Hospitality of Spain. The average price of the bar menu, indicates the entity, stands at 13 euros.

Austerity at mealtimes is not the only measure applied by families to deal with the shopping basket. Consumption begins to contract among people with fewer resources and two out of five households spend an average of 10% less than in 2021 because they have changed the type of product – they seek cheaper prices – or because they buy less quantity.

However, savings strategies have a limit and the average price of the shopping basket rises unstoppably. Total sales of consumer goods in shopping baskets in July reached 5,889 million euros, which represents an increase of 11.8% compared to what households spent in July 2021, they point out from NielsenIQ. "With a 1.8% rise in sales volume, the average price rise is 9.8%," they add. In the specific case of food, Spanish spending increased by 12.5% ​​due to rising prices.

The private label, cheaper on average than the manufacturer, also continues to gain market share, already reaching 40.6%, 1.8% higher than in 2021. “With the tensions in which we continue to be immersed in At a global level, it is difficult to make predictions, but everything indicates that we will continue in a scenario of growth in average prices that will be followed by more restrained volume figures”, comments Patricia Daimiel, General Director of NielsenIQ for Southern Europe. We will have to wait a bit to enter a new era of abundance.