The campaign for the Madrid Assembly elections on May 4, 2021 was marked by the sending of threatening letters, most of them with bullets inside, addressed to different political leaders, some of them attending those elections such as Pablo Iglesias or Isabel Diaz Ayuso. 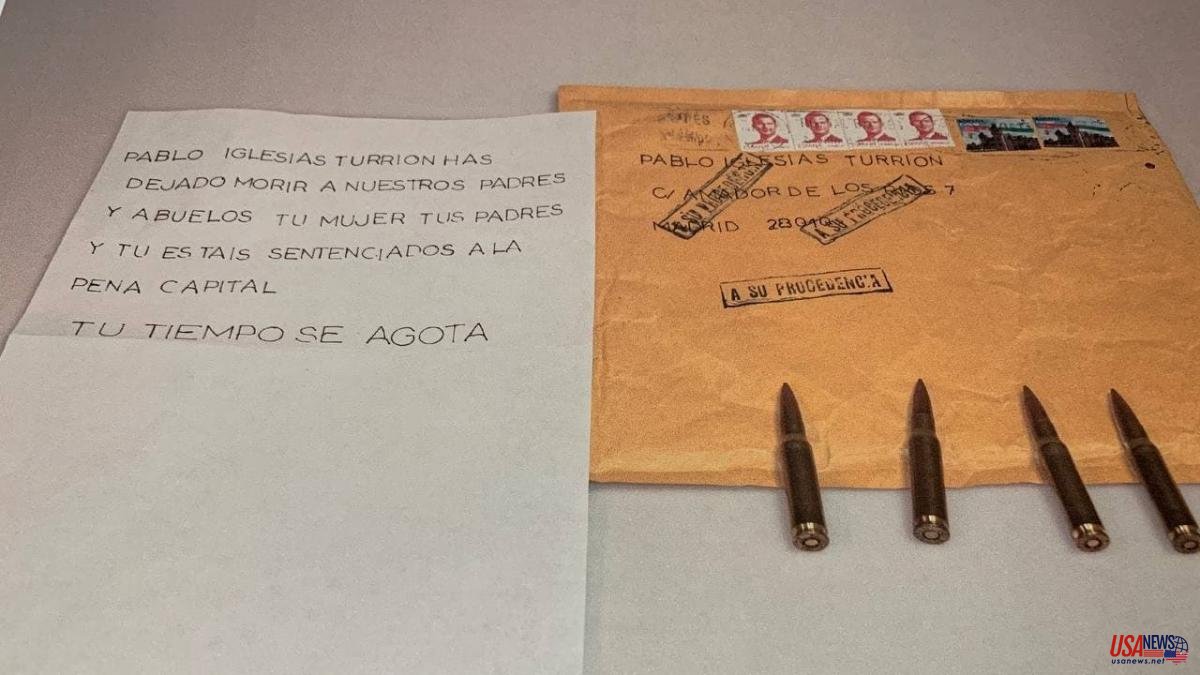 The campaign for the Madrid Assembly elections on May 4, 2021 was marked by the sending of threatening letters, most of them with bullets inside, addressed to different political leaders, some of them attending those elections such as Pablo Iglesias or Isabel Diaz Ayuso.

Somehow, the chain of letters sent with pyrotechnic material in recent days to embassies, companies and people linked to the war in Ukraine and, specifically, to the defense of this country against Russian aggression is reminiscent of that succession of remittances which, in most cases, remained unresolved.

Although the recipients and the apparent motivations are clearly different, there is a certain parallelism between those cases and the current episode, to the extent that the threatening element -the bullet or the pyrotechnic material- is practically innocuous but the message conveyed by both is highly violent. when alluding to the gun or the bomb, respectively.

In addition, the two episodes coincide at moments of high political polarization. So, with the electoral campaign in the midst of insults and even some aggression at rallies with Pablo Iglesias and Díaz Ayuso as antagonists; now, in the midst of the anger in Congress caused, among other issues, by the application of the law of only yes is yes, which has led to around fifty reductions in sentences for sexual abusers with the Minister of Equality, Irene Montero, at the epicenter.

One aspect that could differentiate both episodes would be the presence of threatening written messages. In the current wave of flagrant letters, the authorities have not clarified if there have been. However, in April 2021 the messages were very explicit. For example, in the first letter addressed to Pablo Iglesias – there were two – there was a page on which it was written: “You have let our parents and grandparents die. Your wife, your parents and you are sentenced to death. Your time is running out", alluding to the management during the pandemic by the former Vice President of the Government, who had left office to go as a candidate for the Madrid Assembly. And in the letter addressed to the Minister of the Interior, Fernando Grande-Marlaska, It could be read: "You have ten days to resign. The time to laugh at us is over. National Police. Civil Guard. Time is against you for pop-ups" (In police slang "pop-ups" are shots). The envelope in the name of Grande-Marlaska included two unfired cartridges of the caliber 7.62 x 51.

Another intercepted envelope was addressed to the former president of the government José Luis Rodríguez Zapatero. "Zapa, harmful, insipid, ignorant vermin that he did and continues to do so much damage to Spain. I hope his meninges burst through his eyebrows," the note read. The director of the Civil Guard, María Gámez, and the president of Madrid, Isabel Díaz Ayuso, were also recipients of similar letters and the Minister of Industry, Reyes Maroto, received another letter with an apparently bloody knife.

With the exception of this last case, which was attributed to a resident of El Escorial (Madrid) with mental health problems who even left his name, surname and address on the sender, the rest of the cases were archived as the investigators, identify any of those responsible, especially due to the absence of fingerprints and DNA traces on the materials used.