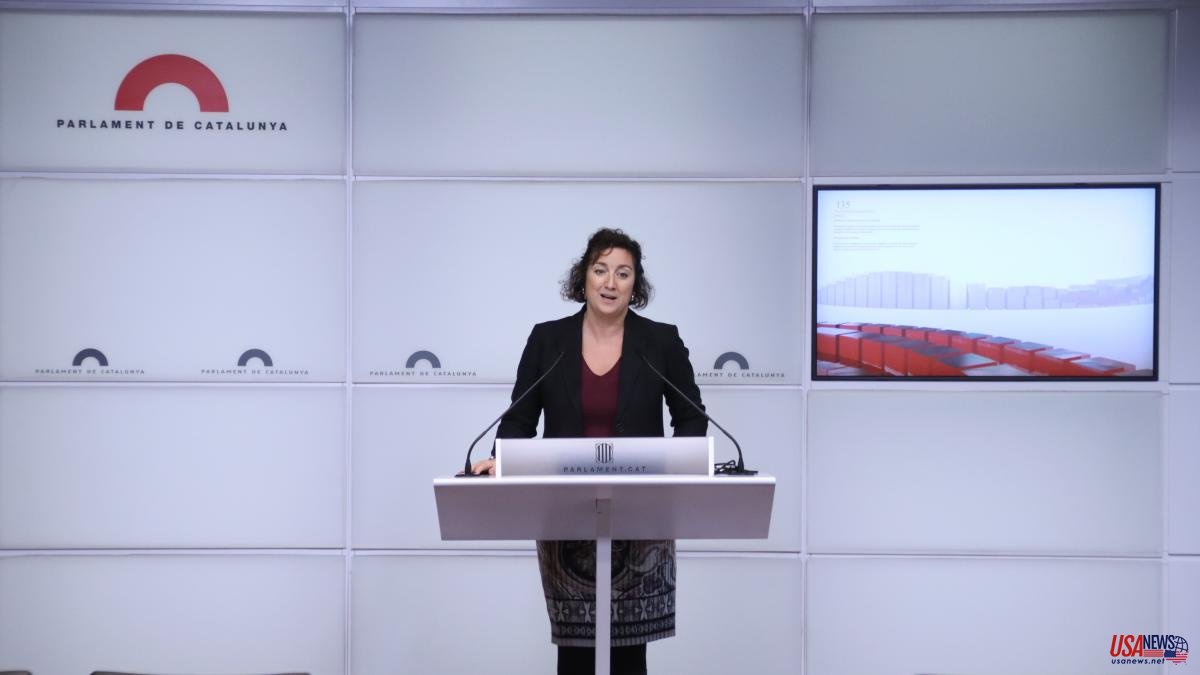 Negotiating means giving up. Salvador Illa said it yesterday in a radio interview and Alícia Romero reiterated it today in Parliament. The minority in which the Government of Pere Aragonès is found, the "weakest" in the history of the Generalitat, as the PSC is in charge of reiterating, forces the president to accept some of the socialist proposals to approve the budgets.

And these proposals have been put black on white today in a document that the PSC has sent to the Government and that Romero has detailed in a long presentation in Parliament, almost an amendment to all the budgets that the Government has negotiated with the common, the only parliamentary support that ERC has, for the moment. The Socialists, therefore, launch a bid to Aragonès with their own accounts, but they do not want to talk about ultimatums or red lines. The Republicans, for their part, have not perceived that those of Salvador Illa have issued an ultimatum today and limit themselves to pointing out that "the negotiations with the PSC and Junts continue" and that the proposals come to be a compendium of what has already been discussed in the fourteen bilateral meetings held to date. "There is no relevant change," they remark.

The expansion of the El Prat airport, the construction of the Hard Rock macro-leisure complex in the Camp de Tarragona or the extension of the fourth ring road (B-40) in the Vallès -the three major infrastructures proposed by the PSC- are initiatives that the Socialists they consider reasonable and have, in their opinion, the support of the territory, so they urge ERC to reconsider their rejection if they want to move forward with the 2023 accounts.

The PSC parliamentary spokesperson, accompanied by the other negotiators appointed by her group, has appeared to present the agreement proposal that they have sent to the Government, which includes the three aforementioned projects and other initiatives that take advantage of Next Generation European funds to allocate them to two big blocks: the creation of prosperity and the protection of people.

In this sense, the Socialists regret that of the 3,000 million transferred to Catalonia by the Government of Spain, only 1,000 million have been awarded, something that, as Romero has recalled, has been criticized by the employers Pimec, because it prevents "channel the opportunities" presented by the 33,000 million non-financial spending that Catalonia can count on.

In addition to the major infrastructure issues, which include a plan for Rodalies and not expanding the ZEPA in the Llobregat delta to "modernize" the agricultural park, other proposals are to increase the resources allocated to health, with an emphasis on primary care , the reduction of waiting lists and the opening of new hospitals, as well as the creation of two thousand new places in residences for the elderly and the elimination of waiting lists for dependent persons.

"If you want to have budgets, I cannot imagine that the Government will not accept these proposals," said Romero, who has questioned Aragonès' negotiating strategy by first agreeing with the commons, a minority group in Parliament, budgets in which They have included measures that contrast with the approaches of the socialists, who reject, for example, increasing taxes.

"The one who has the responsibility to seek agreements is the Government", the spokesperson has reiterated, for whom if there is a will to agree it is the Executive that has to demonstrate it. "After 14 meetings, this is finally the global return document that we sent to the Government," announced Romero, who has insisted that the PSC will not "adhere" to a Government budget, but rather "negotiate" it.

The Socialists have wanted to underline with their own proposal, collected in a 26-page document, the equality of their 33 seats and the 33 of the Republicans, who have only managed to reach 41 thanks to the commons and that they need the support of another of the majority groups in the Chamber to reach an absolute majority (68) after the break with Junts, with whom the possibility of agreeing on budgets seems, today, even further away than with the Socialists.