In the wide range of unsportsmanlike tricks, the human screen had never been seen in the motorcycling world championship. 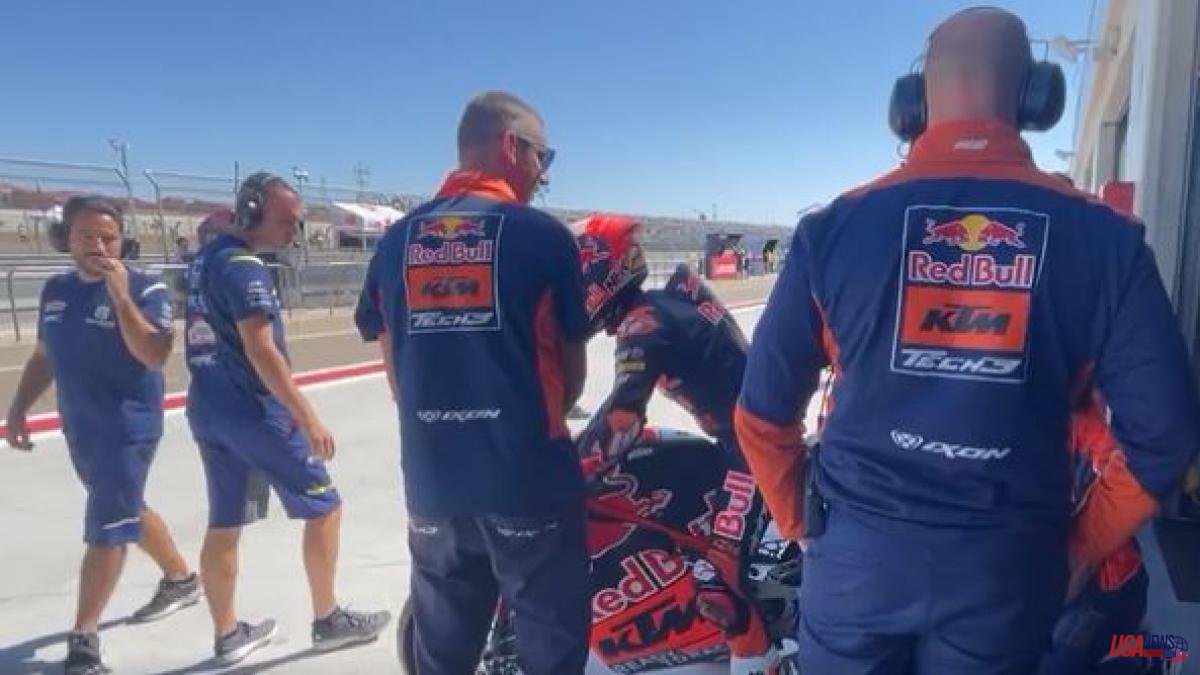 In the wide range of unsportsmanlike tricks, the human screen had never been seen in the motorcycling world championship. An unusual event took place in Aragon on Saturday: two mechanics stopped a rival driver from leaving the track, getting in front of him and touching the brake, to prevent him from following in the footsteps of his team's driver. It happened in the Moto3 qualifying session. Mechanical unsportsmanlike have been sanctioned.

The unsportsmanlike action occurred in the middle of the Moto3 qualifying session. At the moment when Adrián Fernández, from Tech3 Racing, was about to leave the pit-lane from his garage, two mechanics from the Sterilgarda Max Racing Husqvarna team, owned by Max Biaggi, approached the KTM, slipped in front of it, and They put the brakes on him to prevent him from leaving.

The purpose of the prank was to prevent the KTM rider from Madrid from following the wheel of the Japanese Ayumu Sasaki who, as can be seen in the images, is leaving the neighboring box at that very moment. A Tech3 Racing mechanic reproaches his rival counterparts for the ugly action.

The French team Red Bull KTM Tech3 Racing posted the images on their social networks and filed a complaint with the FIM Stewards Panel, who decided to sanction the two mechanics: a 2,000-euro fine and suspension for two races, in Australia and Malaysia. . Why weren't they already expelled from the Aragon GP and the next one in Japan?

According to the Penalty Notice, the two mechanics "interfered and established contact with the bike and the rider of another team in an aggressive and dangerous manner at the time the rider was leaving the pits."

It so happens that the two teams, one with KTM and the other with Husqvarna, are in the orbit of the KTM group. In addition, the driver from Madrid, Pitito Fernández, ran last year with the Italian team Sterilgarda de Biaggi, whose image is tarnished as unsportsmanlike.