The Appeals Chamber of the National High Court has ratified the fundamental aspects of last year's ruling that convicted the three members of the jihadist cell that committed the 2017 terrorist attacks in Barcelona and Cambrils, although it has partially upheld the appeal of two of them for a technical issue. 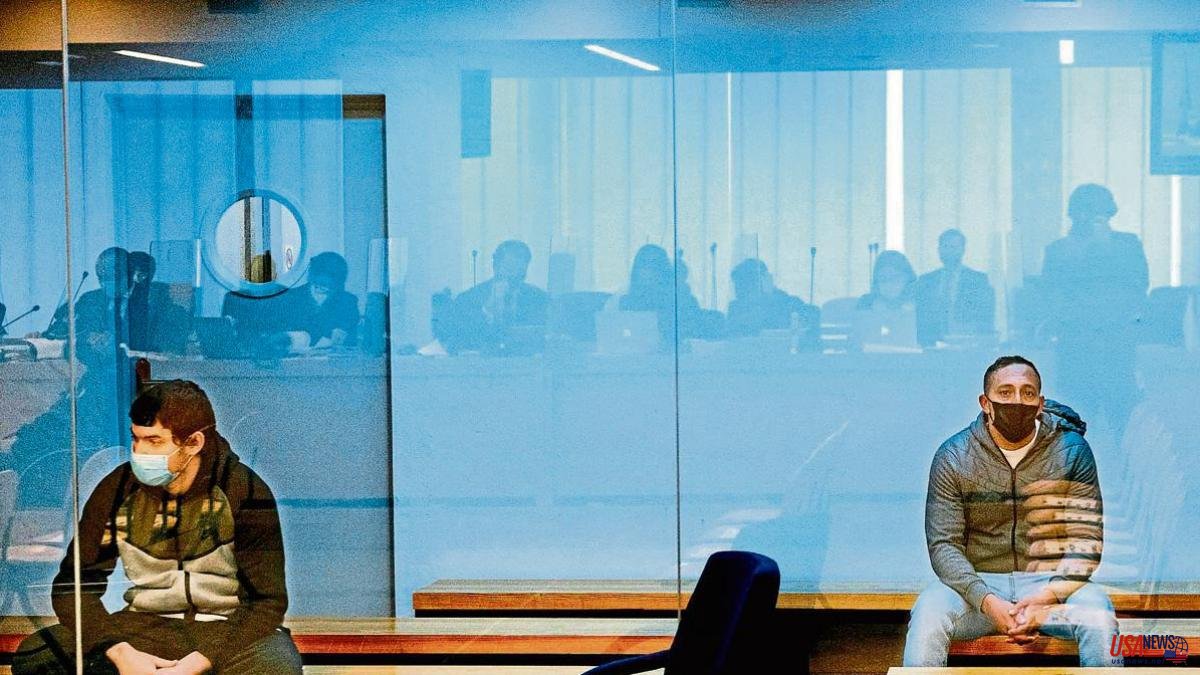 The Appeals Chamber of the National High Court has ratified the fundamental aspects of last year's ruling that convicted the three members of the jihadist cell that committed the 2017 terrorist attacks in Barcelona and Cambrils, although it has partially upheld the appeal of two of them for a technical issue.

In accordance with the appealed sentence, the judges rule out convicting the defendants for the 16 murders committed by the rest of the members of the terrorist cell on Las Ramblas in Barcelona and on the Cambrils seafront promenade, as requested by the accusations, since they did not have knowledge nor did they participate in said terrorist actions. The judgment is appealable before the Supreme Court.

The Chamber accepts as good the proven facts of the court ruling, according to which a terrorist group was formed in 2015 around the figure of the spiritual leader and imam at the Ripoll Abdelbaki es Satty mosque. This group, of which Chemlal and Oukabir were part, with the collaboration of Said Ben Iazza, acquired large amounts of explosive material in order to carry out various terrorist actions.

According to this account, around 11:00 p.m. on August 16, 2017, there was a large explosion in Alcanar's house, where the explosives were being prepared, in which Es Satty died. The next day, while police and debris removal tasks were being carried out, a second explosion occurred that seriously injured several firefighters and agents who were at the scene, as well as an operator.

For these facts, the third section sentenced Chemlal and Oukabir for crimes of belonging to a terrorist organization; possession, deposit and manufacture of explosive and flammable substance or devices of a terrorist nature and attempted terrorist damage in connection with 29 crimes of injury due to serious negligence in relation to the Alcanar explosion.

The Appeals Chamber now partially admits the appeal of both, understanding that an ideal concurrence must be applied between the crime of reckless havoc and the injuries actually produced. The court considers that in the present case the appellants had no intention of attacking the physical integrity of neighbors, policemen, firefighters and operators who worked in the work of clearing debris and searching for evidence in Alcanar, for which reason the sentence should be imposed for the most serious crime, in its upper half.

The court confirms that the defendants had no knowledge of the intention of their companions to attack and carry out the attacks on the Ramblas of Barcelona and on the Cambrils promenade once the Alcanar house exploded.

For the judges, from the evidence carried out and the facts established by the investigating judge in the indictment, the participation of the accused in the completed and attempted murders or in the injuries caused by the events that occurred on Las Ramblas or in Cambrils cannot be deduced. , "before the proven ignorance of the attacks against these places committed by other members of the cell, all of them deceased."

The sentence points to a more than reasonable doubt that they knew about them before they were carried out, since there is no evidence in this regard and it is not enough to attribute any form of participation to them in the generic messages of DAESH spokesmen calling for attacks on homes, markets, roads or meeting points “if it has not been possible to prove that the defendants had specifically agreed with the attackers to attack those specific objectives beyond the evident intention of committing a serious attack”.

On the other hand, the Court rejects the claim of some accusations to declare the patrimonial responsibility of the State for what they consider an inexplicable negligence for not having adopted the necessary precautions to prevent the sale of explosives with which it was intended to cause a massacre and that gave gave rise to the Alcanar explosion, later triggering the massive outrages on Las Ramblas.

According to the sentence, the request of the family of the minor who died in the attacks regarding the civil responsibility of the State, which would be a subsidiary of Mohamed Houli and Driss Oukabir, is "humanly understandable", but it cannot be met because they cannot be accused of the events that occurred on Las Ramblas. All this without prejudice, adds the room, of the rights that assist them in accordance with the law of victims of terrorism.