The narcissism that moves the world

A former lover of Boris Johnson wrote in The Times of London this week that for him lying is the same as breathing. 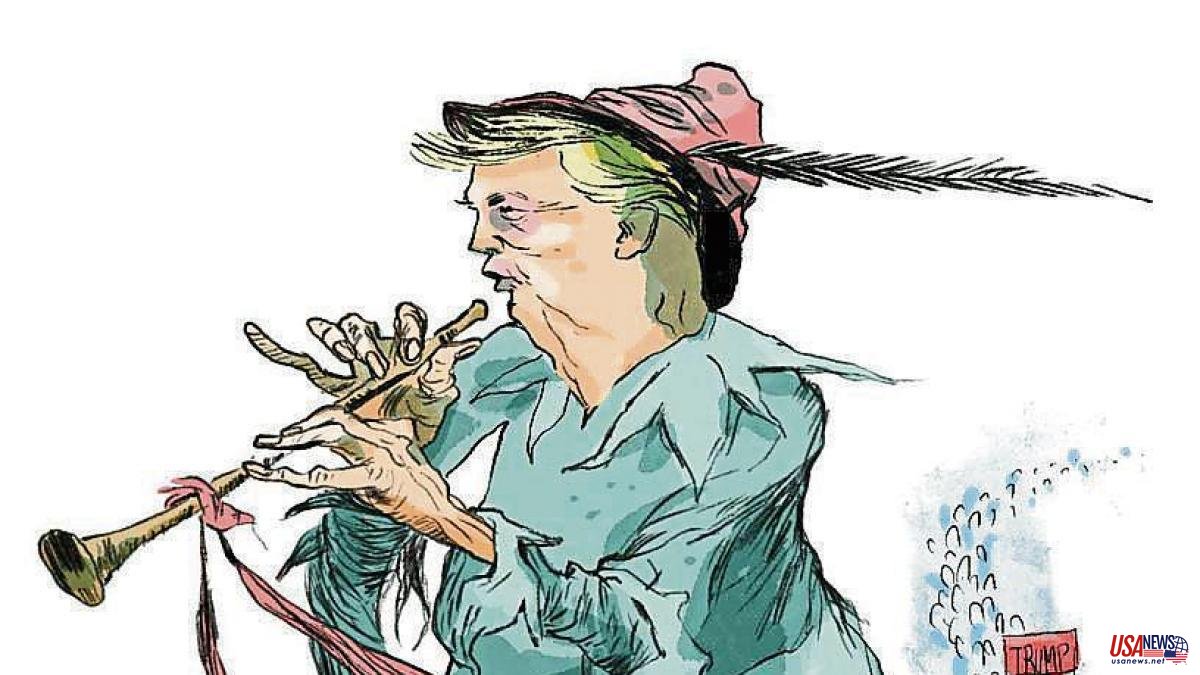 A former lover of Boris Johnson wrote in The Times of London this week that for him lying is the same as breathing. According to Petronella Wyatt, a London journalist and renowned femme fatale, it is an involuntary tic, impossible to control.

If what Wyatt says is true, and I suspect it is, then lying is not a conscious decision for the recently fallen British Prime Minister. It is not a moral choice but an ineradicable aspect of his personality. So it's not that Johnson is necessarily a bad person, but that he suffers from a kind of insanity. He is disconnected from reality. Or rather, he is a prisoner of his own reality, a condition he shares with at least half of the world's government leaders.

Soon one thinks of Trump, but also of Putin, Andrés Manuel López Obrador, Nicolás Maduro, Daniel Ortega, Kim Jong Un. Going back in time, Fidel Castro, Hitler, Stalin, Napoleon, Henry VIII, Caligula come to mind. What they share is neither values ​​nor what they have done with power. (To those who are getting hysterical, calm down. Obviously, Hitler and Stalin caused incomparably more suffering than Trump or Putin. Maduro and Ortega are not Caligula: to date neither has appointed a horse as a government minister.)

What they all have in common is colossal narcissism. From their own imagination they build an ecosystem in which they are the owners of the truth, in which what others think or feel is unimportant, in which all sensible beings must succumb to their vision of a better world.

As another of these possessed, Louis XV of France, said: “Après moi, le déluge”. Without me the world ends. They are considered essential. Vanity is their starting motor, but once they are on the path to power they are convinced that they are essential. And suddenly a point of morality appears, as perverse as it is. They come to the self-delusion of believing, sincerely, that they are doing good, that the prosperity and happiness of the citizens depend on their permanence in power; that if others replace them, what follows is the deluge.

The secret of the success of these deified ones consists in convincing people that, in fact, they are gods; in wrapping them in the truth that they themselves have invented, convincing them that objective reality and their paradise of wonders are the same thing. It is very similar to religion. The more adherence to the leader becomes a matter of faith, the more he will be anchored in the command post.

Due to the visibility and supposed maturity of American democracy, Trump is today the most emblematic case of this phenomenon. The nakedness of his self-centeredness is absolute. Empathy, zero. Principles: he doesn't know what the word means. He disdains democratic institutions, except for the White House when he occupies it. A chaos as a ruler, the only north of him is the hunger for greatness. It all comes down to feeding his fragile personality. And he is chronically dishonest. The Washington Post counted more than 30,000 lies during his four years in office. The keyword here is the one I just used: chronically. As with Boris Johnson, lying is an incurable disease. It is his nature. To be Trump is to be a lying child.

The danger comes when large numbers of people make his self-delusion their own, when they believe in him as fervently as he believes in himself. This is what has happened with Trump. For 30 percent of the US population, he has ceased to be what a political leader in a democracy should be – transient, interchangeable – and has become something more like a religious leader, eternal. Trump is a false prophet, but his devotees don't see it. Faith surpasses the visible world. Reason does not come into play any more than it serves to cast doubt on a literal Christian that God put the first human beings on earth six thousand years ago, or gave Moses a tablet with ten commandments.

Trump's supporters will go with him to the end of the world, or at least to the end of the United States as a democratic nation, if he asks. They are already on their way. Changing the metaphor, from Genesis to the Brothers Grimm, Trump is the Pied Piper of Hamelin who captivates the crowds and leads them, dancing, to the abyss. And he does it with the complicity, with the sublime cynicism, of the senators and congressmen of the Republican Party, people who know perfectly well who he is, but support him solely and simply because they see in him their best chance of re-election.

It was the same reason why British Conservative Party MPs chose Johnson as their leader. Boris's charisma dazzled all English social classes. There was no more popular politician in his day. His historical legacy will be that he sold Brexit to the English people, without believing in it. In the end, of course, he ended up believing it. As Trump has come to believe that the 2020 presidential election was stolen from him. True to form, Johnson and Trump lied to themselves.

Who knows how America is going to end up while Trump is still on the stage? In the United Kingdom, on the other hand, the farce is over. Unlike the Republican Party, the Conservative Party rebelled against its leader. The Tory ministers and MPs did not do it, first of all, as a matter of principle, of course. It was once again for electoral considerations. The polls told them that Johnson had lost all credibility with the bulk of the electorate.

The good news is that the British woke up from hypnosis and the democratic system corrected itself. As Lincoln said, "You can't fool everyone all the time." Except, oh irony, if you belong to today's Lincoln party, where not all but a critical mass of 70 percent have yet to see that their emperor is insane. The United States is to pull your hair out, but, despite the nonsense that Boris Johnson has represented, the United Kingdom ends up offering a shred of hope to the world. He shows us that the tyranny of ravishing narcissism does not have to last forever.