The musical in Catalan resurfaces

Musicals in Catalan are experiencing a good moment, which recalls their golden age thirty years ago, when crowds of spectators waited like rain for the premieres of Dagoll Dagom, Ricard Reguant or Mario Gas. 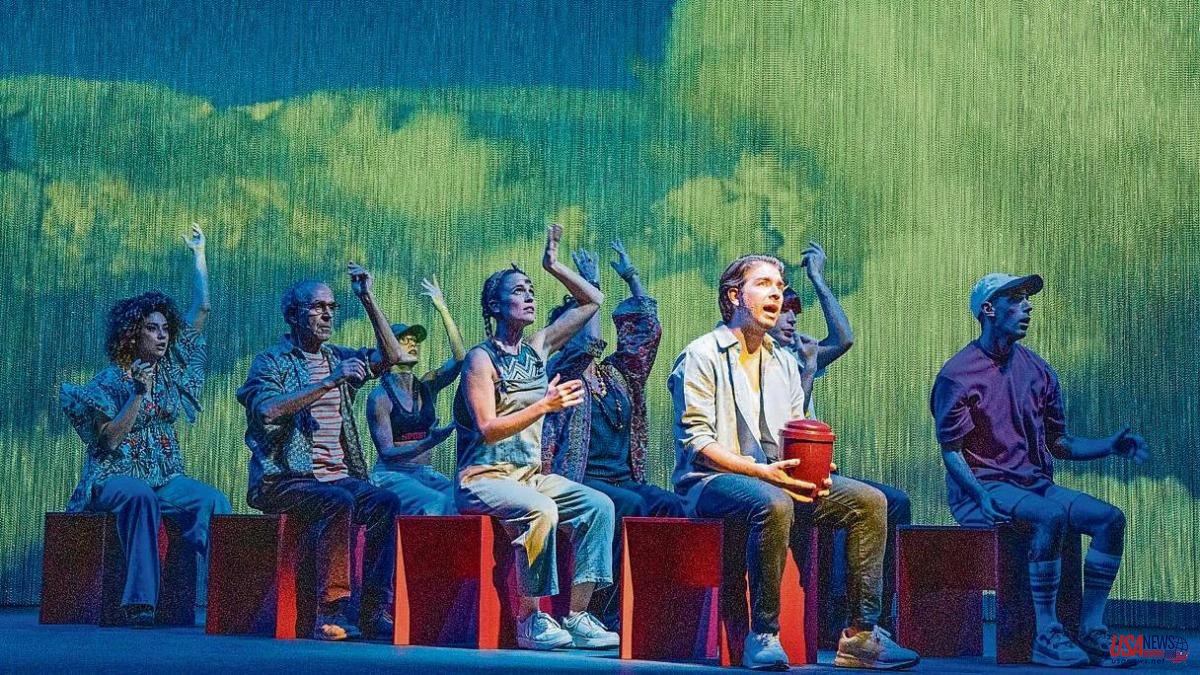 Musicals in Catalan are experiencing a good moment, which recalls their golden age thirty years ago, when crowds of spectators waited like rain for the premieres of Dagoll Dagom, Ricard Reguant or Mario Gas. Now large own productions converge on the billboard, which pour talent and enthusiasm, with a zero kilometer product.

The musical Golfus de Roma, a production of the Teatro Condal, did not quite work in terms of the public, but a cry of warning from the actress Mercè Martínez on social networks wondering where the public was that demanded great musicals in the Catalan language changed history , to the point that the musical directed by Daniel Anglès and starring Jordi Bosch has been extended until January.

What seemed like a rarity in the midst of a scene dominated by musicals in Spanish begins to have company. And they are no longer just small format shows, as there always have been, such as the recent successes of Els secundaris, by Bernat Cot and Laura Aubert, or Una llum timida, by África Alonso. Now it is Els Amics de les Arts who sign the score for Pares normals, which opens on Tuesday 29, but can already be seen in previous performances at the Poliorama theatre.

The three musicians give more details. “We had a story that didn't fit in a song and we needed a whole musical to explain it”, affirms Dani Alegret. “It has a vital, energetic opening”, adds Joan Enric Barceló. I Ferran Piqué confesses: “It is strange to hear your songs sung by others, but they gain a lot from live music and this great band that performs them, led by Joan Martorell”.

Marc Artigau and Minoria Absoluta have also participated in the authorship. The playwright affirms that he got along very well with Els Amics: “They had a starting point: the first scene. It is a celebration in a place and an incident happens, which I cannot reveal. From there I went to work." The first number is Moixiganga, the name of the karaoke that celebrates its 25th anniversary and is run by the parents (Annabel Totusaus and Albert Pérez) of Aran (Enric Cambray). The cast is completed with half a dozen performers.

“We have worked back and forth,” continues Artigau. I would write a scene and they would write the next song, and from the ideas that came up we would decide whether to do a scene or a song. It has been a very generous collaboration. The songs are unpublished, at the service of history”. A story that raises how, from a fortuitous event, people really discover who they are and what is important in their lives.

But what will fans of Els Amics de les Arts find? “Some compositions that breathe his imagination –explains the author– and, those who are big fans, will discover many winks in the text. Among the characters in this karaoke one is an actor who is dedicated to dubbing movies, a reference to the song L'home that dubs Bruce Willis; or a woman who has lived it all, like La dona vestigi. Details of his work also resonate. But don't look for Jean-Luc or the man who works as a dog, they don't come out ”, he laughs.

Another of the protagonists of this story is the director, Sergi Belbel. Playwright and also author of musicals, such as Soc lletja and El temps de Planck, "which has become a kind of cult piece because it is put on in many institutes", here is the one who brings together everyone's work. “I entered last, but I immediately said yes because the music seduced me”, he declares.

“I am in favor of not making franchises. We don't have to do Les Miserables, because the English and the Americans do it very well, they're on another level. Trying to imitate that is, from the outset, an undertaking doomed to failure. That is why it is imported ready-made, they look for trained people and it is done in Spanish because, theoretically, you can reach more people that way, they say”.

He immediately accepted “because this was different, it was doing it our way; We have our own songs and our own choreography, by Marta Tomasa,” Belbel points out. And although it is called Normal Pairs, it is the story of a son who has had a special relationship with her parents, a recognizable relationship for many people. In fact, it is a reconciliation trip, like what we all do with our parents when we are parents too. We do with our children the same thing that we swore we would not do when our parents did with us. The story makes people laugh but it is also very emotional: "Smiles and tears", she summarizes.

La Vanguardia has also spoken with the director Ricard Reguant, one of the pioneers of musicals in Catalan, with hits such as Estan tocant la nostra cançó: “Before, Dagoll Dagom and La Trinca did musicals. And much earlier, Josep Sant Pere ”, he points out. Reguant is very skeptical about the current good moment: “It is a coincidence, as it was in 89-90. That was a boom, which caused a bubble, so that many were made, a dozen, and in some cases the quality failed. The public got tired and now the same thing is happening a bit in Madrid. There are many and in the end only three or four will resist. They are cycles that begin and end.

And what is the formula for success? “There aren't any. There are no secrets to doing anything. A show only works when the public is called. We don't know what they want to see and what they don't. With the same performers and directors, there have been great successes and also great failures. If we knew, that musical thing would be handled directly by La Caixa”.

Also, the company Dagoll Dagom has given great musicals to the Catalan scene, such as Mar i cel, Glups! and La nit de Sant Joan, and is behind two award-winning musicals in the recent Butaca awards, which recognized Andreu Gallén for the musical composition of T'estimo si he begut, con T de Teatre and La Brutal, and Bye bye monster, directed by Anna Rosa Cisquella and songs by Dàmaris Gelabert, as the best family show, which continues on the bill.

Precisely today, Dagoll Dagom announces a new show, L'alegria que passa, based on the work of the same name by Santiago Rusiñol, which will premiere in 2023. The production is by Anna Rosa Cisquella, the person responsible for the text and the stage direction is Marc Rosich, the music is by Andreu Gallén and the choreography is by Ariadna Peya.