The music and musicians of Serrat 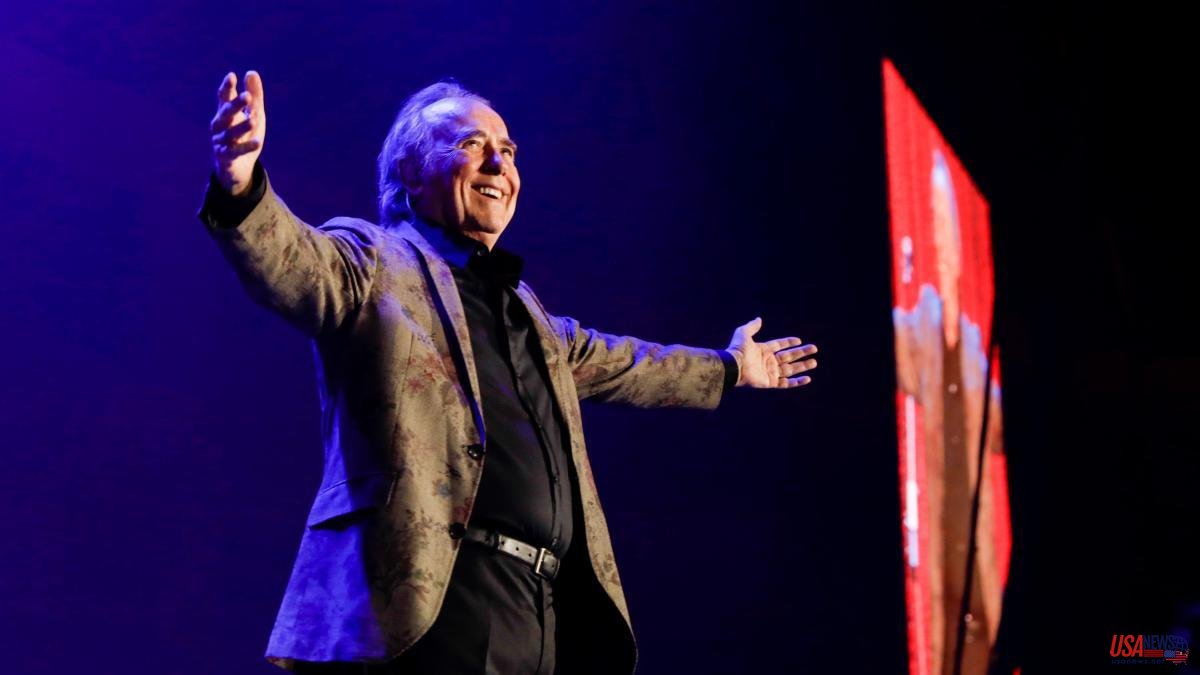 Joan Manuel Serrat's artistic work walks over a vast and eclectic musical background. The ears of the singer-songwriter have remained attentive to a language that crosses times and borders, and does not distinguish styles and cultures. Childhood and adolescence are lost between Poeta Cabanyes street in Poble Sec –where he sings what he hears– and the radio and the Paral·lel of the time, windows through which the copla enters –with its queen, Concha Piquer– and the zarzuela.

The first echoes from abroad come from France. Despite the mirror of the chanson, which had so much weight in the nova cançó, Serrat fixed his gaze on Charles Aznavour. When he starts recording in Edigsa, some manager of the record company comments that the boy “aznavourea”. His solo career pairs him with the best musicians in the country. You cannot understand the interpreter of his own work without them, from the solo performance accompanied by a piano, to the impact of a whole symphony orchestra behind him.

The Italian song of the sixties and the British and American ensembles soon capture the interest of the singer-songwriter. Also the rich South American folklore, from the Mexican rancheras of José Alfredo Jiménez to the Argentine tango. And the variety of artists from this continent, Atahualpa Yupanqui, Violeta Parra, Dorival Caymmi... But if there is a triumvirate that sums up Serrat's musical tastes, it is Chico Buarque, Silvio Rodríguez and Bob Dylan. Three ways of composing and singing different from each other and even from Serrat's aesthetics. That's where the fun is. The avidity of a musician who embraces the sound world of his contemporaries does not end with the singer-songwriters he meets along the way. Among the greats of jazz, he shows a preference for Miles Davis and John Coltrane, and although classical music would seem to be far from his trajectory, Serrat is a regular in concert halls. One fact explains it conclusively. All of his arrangers, although they trained in dance orchestras and other similar groups, are conservatory musicians: Antoni Ros Marbà, Francesc Burrull, Ricard Miralles, Joan Albert Amargós, Josep Maria Bardagí and Josep Mas Kitflus. In Serrat's wide catalog of classical authors are Beethoven, especially the adagio of the Ninth Symphony, Brahms, Debussy... Music, musicians, whether classical or modern, apply their knowledge and intuition on materials that have grown from popular roots . In the origins are the primitive peoples with the ancestral songs and dances around the fire, where everything comes from, rhythms and tunes. When a melody is tamed it takes different forms, be it a sonata, a bolero or a blues.

In Serrat's songbook there are rumbas, pasodobles, saetas... The phrasing of Cançó de matinada can refer to a Gregorian psalmody, but there is a moment when the analysis, the words, must cease to taste the naked artistic work. This is how it reaches directly to the soul.