The most anticipated films and series of the San Sebastian Festival

The San Sebastián Festival kicks off its 70th edition from this Friday and until next Saturday, September 24, focused on showing a high-level cinematographic panorama with more than 200 titles and 17 in competition in the official section. 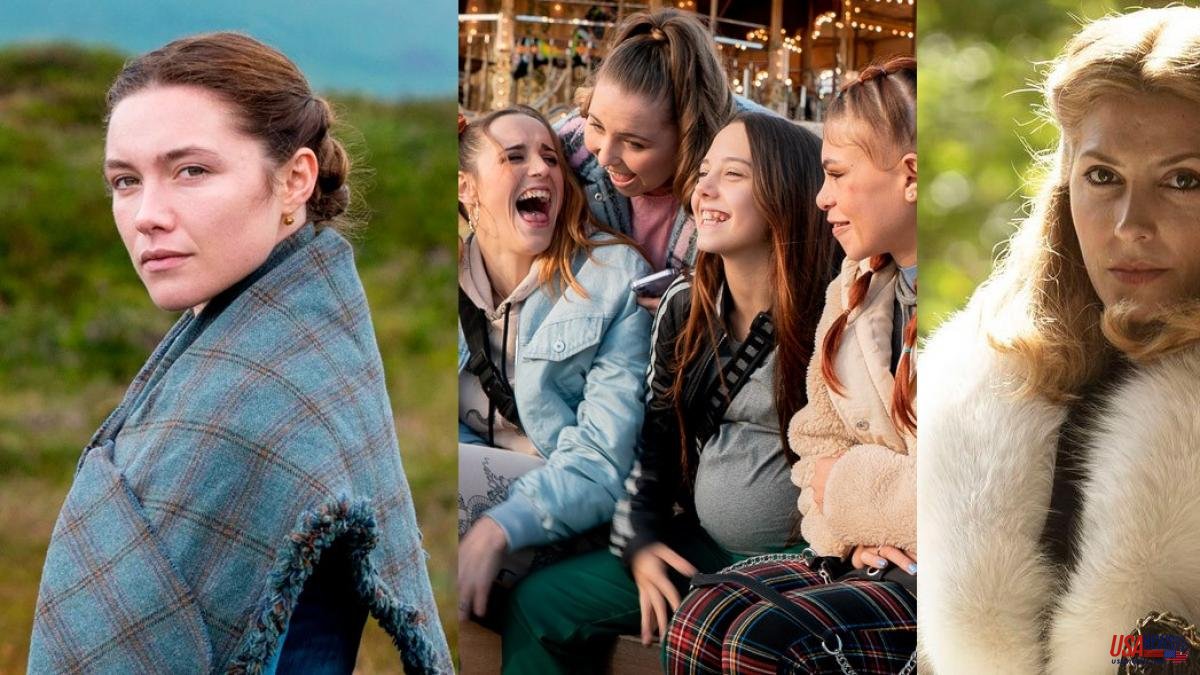 The San Sebastián Festival kicks off its 70th edition from this Friday and until next Saturday, September 24, focused on showing a high-level cinematographic panorama with more than 200 titles and 17 in competition in the official section. There will be plenty of Spanish and auteur cinema, trend-setting series and acclaimed films from other festivals that will light up the Perlak section. We review the titles and some essential series of Zinemaldia.

Alberto Rodríguez inaugurates today the date out of competition with this prison drama starring Javier Gutiérrez and Miguel Herrán that tells the story of COPEL (Coordinator of Prisoners in Struggle), an association of prisoners who denounced the inhumane conditions of the Model of Barcelona during the transition.

The second feature film by Pilar Palomero -winner of the Goya for Las Niñas- presents us with the story of Carla, a 14-year-old teenager who becomes pregnant and enters a center for underage mothers where she shares her day-to-day life with other young women such as she.

Anna Castillo is a young mother who begins a toxic relationship with Óscar (Oriol Pla) in this drama that does not evade hope directed by Jaime Rosales. Manolo Solo and Carolina Yuste also appear in the cast.

Rodrigo Sorogoyen's rural thriller is one of the highlights of this edition that can be seen in the Perlak section. The film made an impact at the last Cannes festival with an uncomfortable and terrifying story that makes one squirm in the seat with a tension that rises in tone in each scene.

Precisely, Sorogoyen is one of the directors of this Movistar Plus collective mini-series that tells mixed stories about the consequences of a power blackout on a planetary scale. Isaki Lacuesta, Isa Campo, Raúl Arévalo and Alberto Rodríguez are other directors in charge of leading each episode.

Sebastián Lelio, director of 'A Fantastic Woman' or 'Gloria' directs Florence Pugh in this adaptation of Emma Donoghue's novel set in the Irish Midlands in 1859 about an English nurse who is summoned to a small town to observe what some claim like a medical anomaly or a miracle: a girl who survived without food for months.

Oriol Paulo presents the adaptation of the prestigious novel of the same title signed by Torcuato Luca de Tena in 1979. Bárbara Lennie gives life to Alice Gould, the protagonist of the story who is admitted to a psychiatric hospital to follow the trail of a case in which works. The film has advanced its premiere from October 7 to 6 to join the celebration of the second edition of the Spanish Cinema Day.

The Austrian Ulrich Seidl stars in the controversy of the festival after the allegations of alleged inappropriate treatment during the filming of some of the Romanian minors who were recruited as non-professional actors in the film, whose central character is a pederast. The Toronto festival ruled it out of the contest. At the Zinemaldia he will fight for the Golden Shell.

The film responsible for closing the festival is directed by Neil Jordan and has Liam Neeson and Diane Kruger as protagonists. The actor gets into the skin of the detective created by Raymond Chandler. In the story, a routine case to find the ex of a wealthy heiress leads Marlowe into the sordid ins and outs of the movie industry, especially those involving an actress and her daughter.