The management of nursing homes during the first ramps of the pandemic carried out by the Madrid regional government led by Isabel Díaz Ayuso has returned to the center of the political debate in the Madrid Assembly. 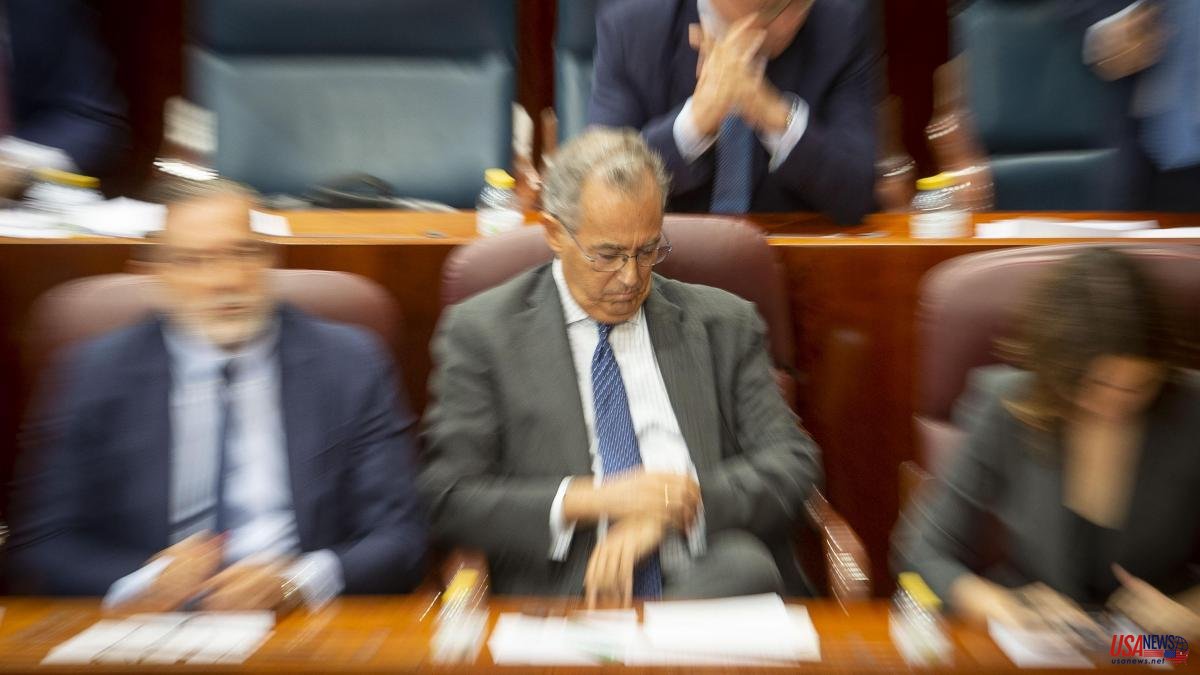 The management of nursing homes during the first ramps of the pandemic carried out by the Madrid regional government led by Isabel Díaz Ayuso has returned to the center of the political debate in the Madrid Assembly. And, as a consequence, the controversy has exceeded the usual levels that, in general, are already quite high in the Chamber of Vallecas.

Hours after the vice president and spokesperson for the Community, Enrique Ossorio, pointed out at a press conference that the relatives of those who died in residences in the community in the pandemic "have already overcome it", the parliamentary groups on the left (Más Madrid, PSOE and United We Can) have asked en bloc for his disapproval and his immediate cessation to the cry of "resignation". What, in response, has led to the withdrawal of the popular deputies who have made a staunch defense of the also Minister of Culture.

The icing on the cake has been the confrontation that the PP has also opened with Vox, an investiture partner, whom it considers has fallen into the trap of the left "giving them wings to be able to develop their strategy of vilely and vilely using the pain of the victims" .

In chronological order, Ossorio's intervention yesterday was his response after being asked about the reason for the Madrid PP to oppose a commission of inquiry to address socio-health needs in nursing homes in the Madrid Assembly after Vox suddenly changed of positioning opening up to do it.

Ossorio chose to ensure that the initiative would send a "false message" to relatives that the deaths that took place during the pandemic could be avoided. And he refused to value the Vox movement a few days after the negotiation of the last Budgets of the legislature for which no one doubts that the ultranationalists will support the popular ones.

After the requests for resignation, and once the control session had begun, the Ayuso government has avoided, with a very serious face, referring to the words of its vice president. And he has allowed the rest of the PP deputies who have been taking the floor to personally protect Ossorio.

What Ayuso has done is question Vox directly, asking him for a rectification by his residence study commission: "It strikes me that Vox is the best ally of the left," he pointed out. And, as a tip, he has anticipated what was going to happen, pointing out the weakness and naivety of Rocío Monasterio: "Vox has no power or political strength to stop the subsidized and related platforms that can go to that commission."

That is to say, Ayuso has understood from the first moment that threatening with a commission on the residences to negotiate the Budgets has been a clumsiness between supposed allies as it is not a step that can be undone with the same speed with which it has been taken. Adding to it all that the controversy will fill the left with arguments for the rest of the parliamentary plenary sessions that remain until the elections are called.

With the controversy already amplified in the press and social networks, Monasterio has tried to extend a firewall, ensuring that her plan is different from that of the left, ensuring that she looks to the future to improve procedures, and not to the past, in search of revenge: " What's going on? Do you think it's not our obligation to improve the lives of our elders?" The Vox spokeswoman replied to Ayuso. "Don't feel attacked (...) You talk about the past, we go together to improve the future of our elders", she has insisted.

To which the president of the Community of Madrid has replied directly and without circumlocution: "They have acted recklessly, because all this is yet another commission against me. They forget that these people - the leftist groups - call them far right, would like to outlaw them. So rethink that commission", he urged with a tone of older brother to little brother.

More Madrid, through the mouth of its spokesperson, Mónica García, described Ossorio's statements as "miserable" after they "prohibited referring the elderly to hospitals" with the "protocols of shame."

And the PSOE has directly left the floor in protest. A boycott of Ossorio that they will maintain from now until the end of the legislature if the Executive does not take disciplinary measures. This has been confirmed by his spokesperson, Juan Lobato, confirming that his deputies will not participate in parliamentary sessions every time the vice president, Enrique Ossorio, intervenes because they do not want "any kind of relationship" with him.