Esquerra has relocated and is committed to a Montenegrin referendum, the CUP does not give it an adjective, but wants a self-determination vote for this legislature, and Junts continues to consider 1-O valid. 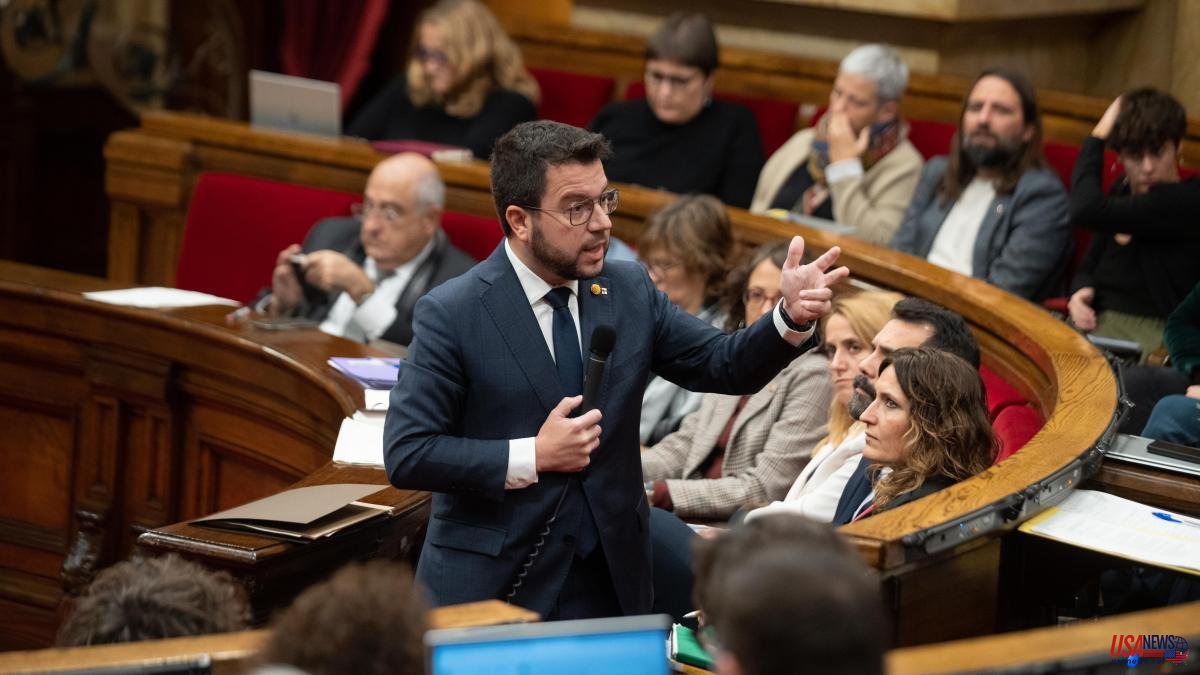 Esquerra has relocated and is committed to a Montenegrin referendum, the CUP does not give it an adjective, but wants a self-determination vote for this legislature, and Junts continues to consider 1-O valid. Either by h or by b, the pro-independence parties are unable to reach an agreement when it comes to agreeing on strategies. But it is that not even the reform of the Criminal Code - which the Republicans consider advances in the second of the axes of the dialogue table, the amnesty - has united the independence movement. Junts and the CUP harshly criticize the reforms introduced, which include, among others, the repeal of sedition, the distinction in the crime of embezzlement of personal or third-party enrichment and the redefinition of public disorder.

Thus, both parties reproached Pere Aragonès this Wednesday in Parliament that these modifications are only "personal solutions" and that they are not aimed, in his opinion, at resolving the political conflict, both in "anti-repressive matters" and to obtain a referendum on self determination. The CUP went so far as to describe the reform of the Penal Code as "real shame" because it "attacks the right to protest." The Chief Executive refuted JxCat that its leaders will benefit from the penal reform, but at the same time stressed that the solutions "are collective." "Let's not play the game of dividing between first and second reprisals," he added.

The ERC proposal to imitate the 2006 referendum in Montenegro, with the criteria of 50% participation for it to be validated and 55% votes in favor to achieve independence, is not a saint of devotion for Junts and the CUP either. The question is full of contradictions. Oriol Junqueras rejected the Montenegrin way of putting percentages in 2014; Carles Puigdemont valued it and believed it appropriate in March 2020. But today, Josep Rius, vice president of Junts, criticized on TV3 that "ERC has gone in a few days from requesting the Scottish route, to requesting the Quebec route and now to requesting the the Montenegrin way, what we have to do is the Catalan way, which is what we did in October 2017." And the anti-capitalists saw in September 2021 how the Parliament rejected an initiative of theirs that asked "to carry out a referendum on self-determination before the legislature does not end.” It fell with the abstention of ERC and the vote against Junts.

For the rough edges between independentistas, something more than a file will be necessary. The control session with the President of the Generalitat was a good example of this. The leader of Junts in the Catalan Chamber, Albert Batet, questioned whether the negotiations between the Government and ERC with the Government of the PSOE and United We Can bear fruit and criticized the president for "personal solutions" and possible reductions in sentences of imprisonment and disqualification of those convicted and prosecuted for 1-O "do not serve to resolve the political conflict, because it is not a conflict between people, but between nations".

Laia Estrada, deputy of the CUP, was not far behind and after emphasizing that the Government and Esquerra have returned from Madrid "with a tailor-made dress to condemn 1-O", she has negotiated a reform of public disorders that "flattens the path of repression.

Batet gave examples of what his party considers failures, both at the dialogue table and outside of it: the attempt to make Catalan official in the European Parliament; the quota of Catalan on digital platforms, or the co-management of European funds. "And now your negotiating weakness has once again become evident with the reform that you have agreed to for sedition, aggravated public disorder and embezzlement," added the post-convergent. He used the words of the Minister of the Presidency, Félix Bolaños, who has affirmed that the changes in the Criminal Code "maintain the repression against 1-O and against the independentistas." He also recalled that the ERC amendments have not been accepted and that they "have adhered to the PSOE proposal."

"I am surprised that today they realize after a year and a half of the legislature that they would contribute much more," replied Aragonès. In addition, he recalled that some of the agreements that Batet assured were not fulfilled were sealed when Junts was in the Government. And as regards the penalties for the leaders of 1-O for sedition and embezzlement and the accusations against former high-ranking officials of the Generalitat for embezzlement, he stated that all solutions are collective, and not personal. “I am convinced that everyone will take advantage of the improvements that have been introduced to reduce repression. (…) I am convinced that everyone will take advantage of the loopholes that exist and I am convinced that people who have been retaliated, if the case arises, will request a sentence review, ”he said.

For his part, given the CUP's statement that without a "democratic confrontation" against the State and a sustained and constant mobilization, the ERC referendum proposal is only rhetoric, Aragonès reproached the Cuperos for criticizing the very concept of negotiation . In any case, the president extended his hand to Junts and the CUP so that they agree to discuss a clarity agreement, to establish the conditions