The conclusions of the investigation commission on the alleged espionage attempt on Isabel Díaz Ayuso with municipal media have remained as they were and the opinion signed between Más Madrid, Ciudadanos and PSOE has been approved this Tuesday in the plenary session of Cibeles, with the certainty that the PP "hindered" the correct development of the organism. 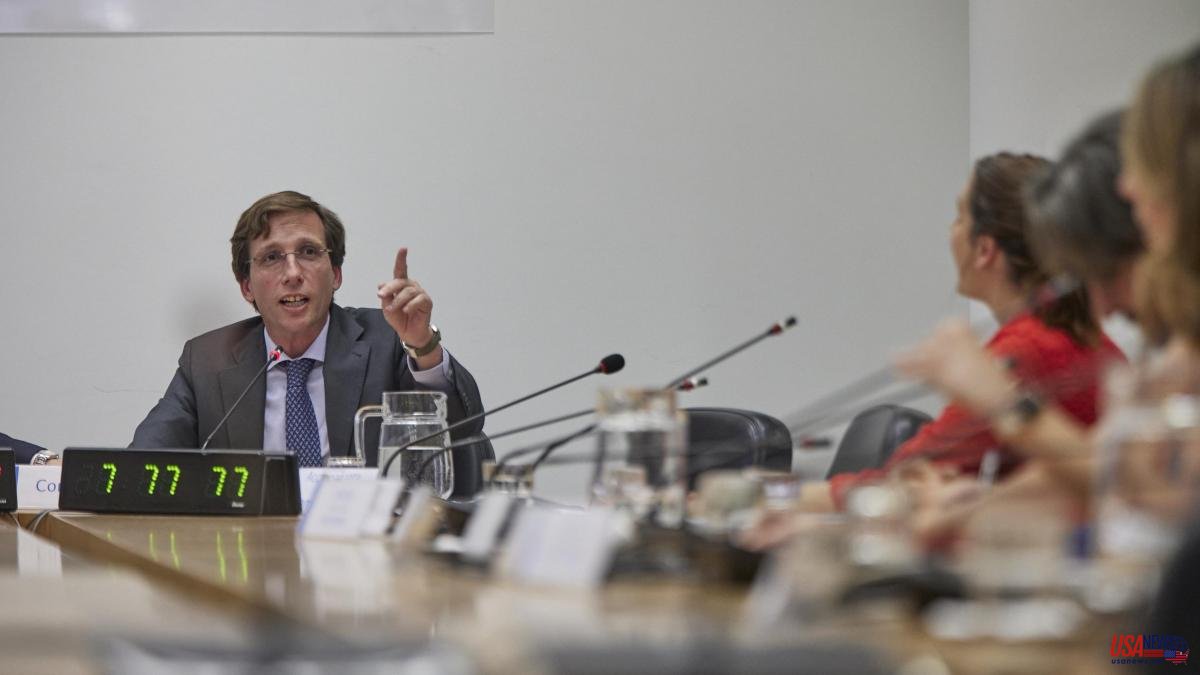 The conclusions of the investigation commission on the alleged espionage attempt on Isabel Díaz Ayuso with municipal media have remained as they were and the opinion signed between Más Madrid, Ciudadanos and PSOE has been approved this Tuesday in the plenary session of Cibeles, with the certainty that the PP "hindered" the correct development of the organism.

Among the conclusions of the approved document is that the president of the EMVS and delegate councilor for Housing, Álvaro González, "failed to comply with the company's code of ethics by initiating an investigation, not being competent to do so", or that he informed the mayor, José Luis Martínez -Almeida; the delegate for the Environment and Mobility, Borja Carabante, and the CEO of the EMVS, Diego Lozano, "without informing the board of directors as he should".

It is also considered that Carabante "exceeded his functions and powers by accompanying the housing delegate to the meeting at the EMVS headquarters" where the alleged attempt was discussed, or that "obstacles have been placed in order to discover the truth."

The Mixed Group has defended the idea that "someone has spied on someone, and the mayor knows it", and its councilor José Manuel Calvo has pointed out that the fact that Ángel Carromero has not been reinstated is a sign that Almeida knew that "It had to do with the alleged espionage and was even the one who orchestrated it," although the commission "has not been able to prove it."

Calvo has made ugly that in this "open war within the PP" the "traditional" "popular" technique of espionage has been resorted to, using means of the Madrid City Council (that is, "of all Madrid residents"), which were in hands of people who were "in the highest confidence" of the mayor.

Pedro Fernández (Vox) has not understood it that way, who has broken down the conclusions of the opinion to show that it is a "joke", and has stopped at the "star" conclusion: "It must be concluded that obstacles have been put in place to know the TRUE".

"That's like when the tennis player loses the game and blames the ball", he ironized before asserting that "this is not serious", and before focusing on the position of Citizens, who will approve "some conclusions that there is nowhere to catch them".

For Mar Espinar (PSOE), the commission was "frustrating" because Almeida "has taken care that crucial people" such as Ángel Carromero, Joaquín Vidal or David Fernández have not appeared, although he has predicted that the approved recommendations and conclusions will accompany him "to forever".

In his opinion, the approval of the opinion is "significant" because it shows that future governments that make use of the human and public resources of the Madrid City Council "cannot get away with it" as, he considers, this government does, "despite that you yourself confirmed that you did use those resources and materials for internal struggles within your party.”

In Ciudadanos they have considered that "it has not been possible to clarify what really happened" because there have been "many people" who have not appeared (only 19 of the 45 calls have participated), according to the mayor of Cs Silvia Saavedra.

In this sense, the councilor has defended that the "positive" of this commission is that it will give rise to an attempt to modify the regulation so that, in the future, the people summoned to this type of commission are obliged to attend ( although with differences between whether or not they work in the City Council).

The mayor of the PP José Fernández has insisted that "what is certain and true" is that in this opinion "there are written conclusions" even before the commission began, and has rejected the "lessons" of the left, reproaching the PSOE "for wants to occupy the INE”; the “financial letter” of Más Madrid, or that former mayor Manuela Carmena did not go to the Bicimad investigation commission.

“All the municipal groups that have adhered to the opinion have done so against independent bodies”, he added, referring to the reports of the Office against Fraud and Corruption and the EMVS Ethics and Compliance Committee, which has passed to read to oppose that the opinion enters into "absolute contradiction".

More Madrid has accused the mayor of having "obstructed by all means" that the truth could be known; so that, although the indications of espionage are "very strong", it has not been possible to demonstrate and "the shadow of doubt will remain forever in the black history" of the City Council.

The councilor of Más Madrid Miguel Montejo has maintained that Almeida failed to keep his word given in plenary, when he assured that all the members of the PP called to testify would go to the commission, for which "he has made it clear that he serves the PP, and not to the Madrid City Council”, he has censored.