The “la Caixa” Foundation inaugurates the most spectacular CaixaForum in Valencia

After two years of construction and five years of design, CaixaForum València was inaugurated this morning, a very ambitious project of the Fundació "la Caixa" because it turns the already magnificent building by Santiago Calatrava into a Mediterranean landscape in which culture and education They have a preferential place to turn the city into a cultural exponent at the highest level. 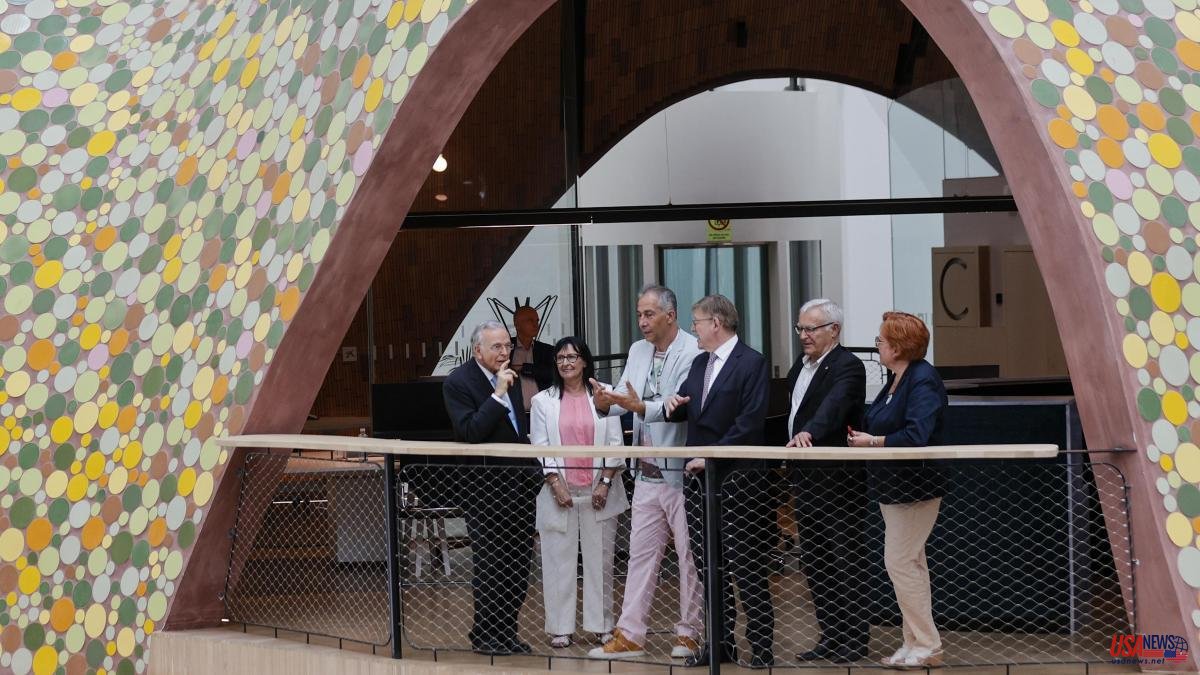 After two years of construction and five years of design, CaixaForum València was inaugurated this morning, a very ambitious project of the Fundació "la Caixa" because it turns the already magnificent building by Santiago Calatrava into a Mediterranean landscape in which culture and education They have a preferential place to turn the city into a cultural exponent at the highest level.

“Thank you very much for this dream that was originally born in Barcelona, ​​in your office”, professed the president of the Generalitat Valenciana, Ximo Puig, to the president of the “la Caixa” Foundation, Isidre Fainé. For the director of the entity, the result is due to "the faith and commitment of all those who have made the project go ahead".

Together with the mayor of Valencia, Joan Ribó, both have officially inaugurated this space with their speeches resounding in the auditorium, the work of Frederic Amat.

Conceived as a black box, with a cardboard landscape and a ceiling installation that calls for the protection of forests, El bosc escrit will host performances and conferences.

With the 20,000 free tickets that have been put up for sale during this week of open doors sold out, Ribó explains that the city demonstrates “the expectation and a preview of what CaixaForum will mean for the city”.

In it resides, he explained, a growing desire to have more spaces for leisure and culture, and this is what this new space wants to be a reference for.

The deputy director general of the “La Caixa” Foundation, Elisa Durán, has especially insisted on this, assuring that “we want to consolidate the local public but because of the space in which it is located we know and imagine that there will be a lot of tourists”. And the fact is that the Ágora is not just one more, it is the most unique CaixaForum in the network of cultural centers of the ”la Caixa” Foundation in Spain.

The work of the architect Enric Ruiz-Geli, a professor at Virginia Tech, it has nearly 10,000 square meters dedicated to the dissemination of knowledge, two exhibition halls, an auditorium with capacity for around 300 people, a bookstore, a restaurant and a family space and educational.

The press was able to enter all of them this morning accompanied by the architect, who explained that he felt “like a child with new shoes or like someone who scores the most anticipated goal”.

A feeling, that of living a special day, that all those present have had, even more so when looking at the ceiling and discovering how Inma Femenía's Arc al cel is projected just as the sketch showed a few months ago. Outside, Anna Talens's Parafit already reminds us that the last CaixaForum was born next to the València orchard.

CaixaForum kicks off with