The interim of the presidency aggravates the crisis of the Parliament

“Qui dia passa any empeny”, goes a Catalan saying, but in the Parlament time does not heal everything. 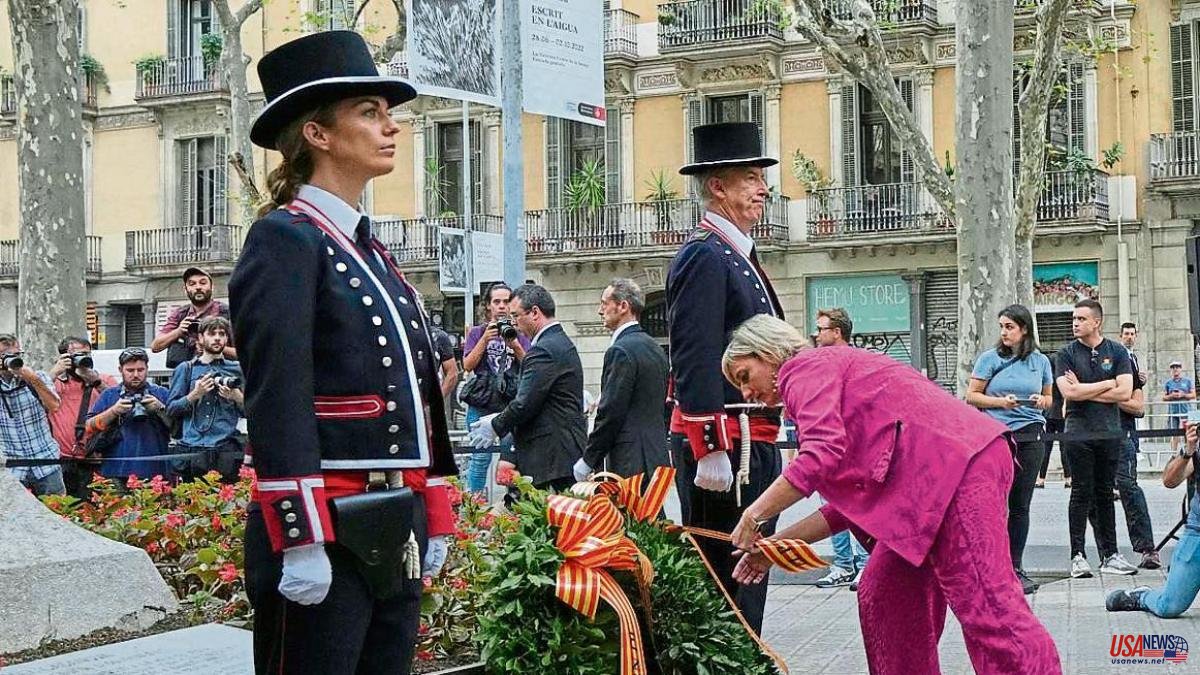 “Qui dia passa any empeny”, goes a Catalan saying, but in the Parlament time does not heal everything. On the contrary, with each passing day the deterioration of its institutional role is accentuated. To the folders of unresolved issues –the privileged retirements of the civil servants, the onerous per diems of the deputies or the delegated vote of Lluís Puig– the interim of the presidency of the Chamber itself has been added since July, with no sign of prompt resolution due to the legal vacuum that surrounds the case.

Suspended as a deputy for having been accused of corruption during her time as director of the Institució de les Lletres Catalanes, Laura Borràs has not ceased as president of the Parliament, an unprecedented circumstance and not foreseen in the regulations that has plunged the institution into a crisis serious and increasingly disconcerting. There is no history of a similar situation and the lawyers admit that they do not know how the trance can be saved. It is not included in the regulation. There is no possibility of submitting the position to a question of confidence or a motion of censure.

At the moment, it is understood that there is an "impediment" to exercising the presidency, which is what article 40 of the regulation provides, designed for temporary assumptions such as illness but not for a suspension. That is why the two vice presidents replace the president "with the same rights, duties and powers."

Thus, Junts, the party chaired by Borràs, refuses to appoint a successor at the head of the legislative power, while ERC demands that the government agreement be fulfilled. The swords are high and the Catalan Chamber has become another battlefield between the partners of the Government, who accuse each other of having led the institution into a misrule that can be prolonged indefinitely if Borràs, whose trial does not yet have a date , is obstinate in not resigning, something that no one can force her to do.

According to sources close to the president of Junts, the application of article 25.4 of the regulation in the case of Borràs would have required a report from the lawyers and, ultimately, submit it to the opinion of the commission of the Statute of the Deputy. This did not occur, they affirm, due to the haste of the members of the ERC, PSC and the CUP of the Table, who did not want to attend to legal arguments and “had no consideration” when it came to suspending it.

They defend this consideration by alluding to the complications that the suspension of Borràs has brought about, the most "unpleasant" of which, these sources point out, is the limbo in which his six advisers find themselves, who legally have not ceased, as he has not made the president, and, therefore, "keep their labor rights intact".

The first vice president, Alba Vergés, is the one who now has the power to keep them in office or not and on Monday she proposed that the three with a more political profile be dismissed and the three with more technical functions continue to serve the Table. "We are in the middle like on Thursdays, but we continue to work as well as we can," defends one of Borràs' advisers, whose salaries add up to 26,000 euros per month.

“Borràs does not work for the Parliament, he works for her”, reply sources from the Bureau, who see a lack of ethics in continuing to charge for a possible position linked to a suspended superior, and recall that article 25.4 is “taxative” in cases of prevarication and documentary falsehood and must be applied immediately.