The high price of gas breaks the Venetian glass

In September 2021, the artisans who make the precious Murano glass in Venice paid 20 cents per cubic meter of gas. 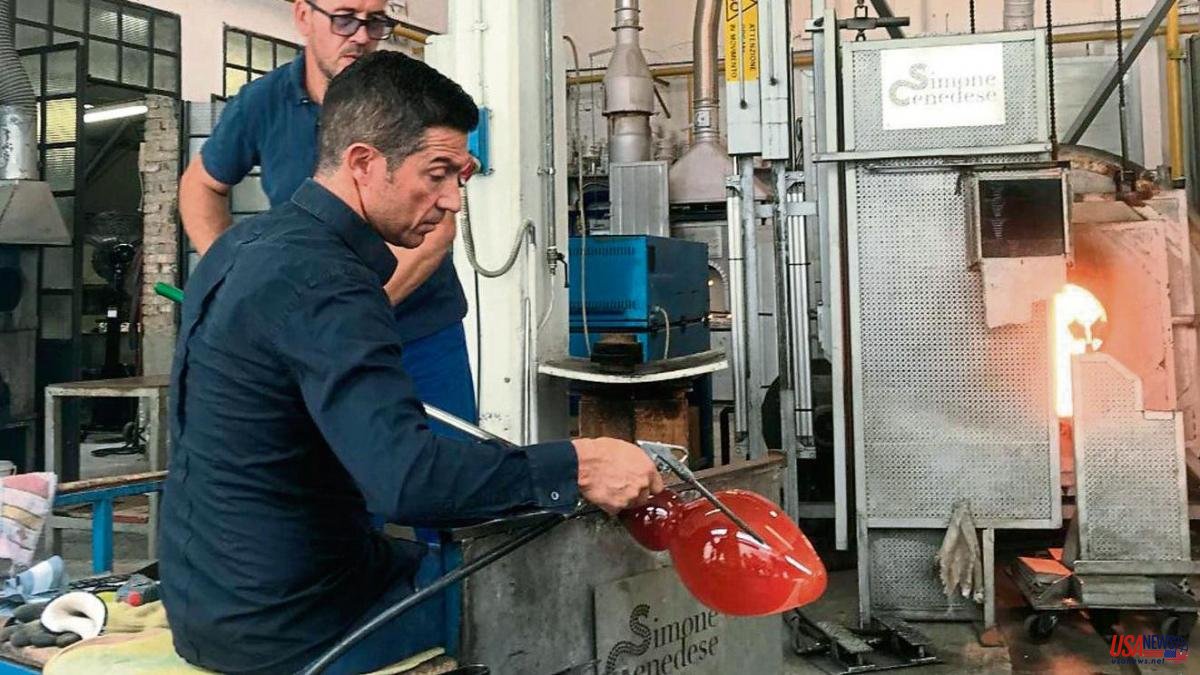 In September 2021, the artisans who make the precious Murano glass in Venice paid 20 cents per cubic meter of gas. Now the average is 2 euros and 25 cents. One of the largest companies in the area received an invoice in July that left them stunned: 292,000 euros, only for gas. Before the explosion of prices, he received receipts of between 30,000 and 40,000 euros per month.

The energy crisis is forcing the master craftsmen who follow this age-old trade to make a painful decision: either reopen their workshops and face these exorbitant prices, even losing money, or keep them closed and not work this September. The explosion in gas prices is threatening an entire sector of the Italian economy, some 60 workshops that continue to make vases, lamps, tableware or figurines from a single crystal that has been made in the Venice lagoon for more than a thousand years.

“The vast majority of artisans close the kilns that make the glass at the end of July and reopen at the beginning of September, because it is too hot to work in August. It is a time that we traditionally take advantage of to carry out the maintenance of the equipment. But now, with a rise of 1,100%, the big question we ask ourselves is whether to reopen. It doesn't pay off for many,” Luciano Gambaro, president of the association for the promotion of Murano glass, Promovetro, told Dinero.

The problem is that to manufacture these precious blown glass objects, the ovens must be running 24 hours a day, seven days a week. Turning on one of these ovens is not like flipping a switch. It takes several days for them to reach the temperatures necessary to mold Murano glass. That's why the prices are so exorbitant. After employees, energy is the second largest expense for factories.

Gambaro, who also has a small workshop on the Venetian island, has gone from paying between 7,000 and 9,000 euros a month for gas to facing bills of between 40,000 and 50,000 euros. He has decided that he will reopen: he had already made a series of commitments and cannot fail his clientele. Others have already announced that they will wait for government aid. So far the Murano manufacturers have received 8 million euros from both the Government of Rome and the Veneto region. "Now this money has run out and from this September 1 we must pay the entire bills," laments the Venetian craftsman.

The inhabitants of Murano believe that this challenge is much worse than the coronavirus. With the pandemic they were able to continue working and although there was no tourism in Venice they sent their orders to international customers. But for several years now this profession has been in crisis. Workshops have closed, in two decades 40% of the industry has been lost and the few young people who remain in Venice do not want to spend their working days in high-temperature ovens. Previously, the sector employed around 5,000 workers. Now they barely reach 1,000. They have work, orders arrive, but they cannot schedule shipments until this uncertainty about the high price of energy is resolved.

The tradition of the renowned glass of Venice dates back to the 8th century, although it was not until the 13th century that its period of great splendor began. Then the doge of Venice ordered to move all the workshops to the small island of Murano. One of the versions, the most widespread, explains that it was due to the horrible fires caused by the wood-fired blast furnaces in the old town of Venice. Another tells that the move was to prevent the secret of Venetian glass – a particular chemical composition that makes it more malleable – from spreading throughout the world at a time of commercial boom for the Serenissima.

“We have had moments of brilliance and moments in which we were going to disappear –concludes the president of Promovetro–. But look, we are still here, after so many centuries, with an art that is not just a job, it is our life, our history and above all our passion”.