"The greatest asset of banks is not in their balance sheets: it is their credibility"

David Cerqueda manages stealthily in the bright office he has at the headquarters of the Andorran Finance Authority (AFA), from where the still snow-capped mountain peaks can be seen. 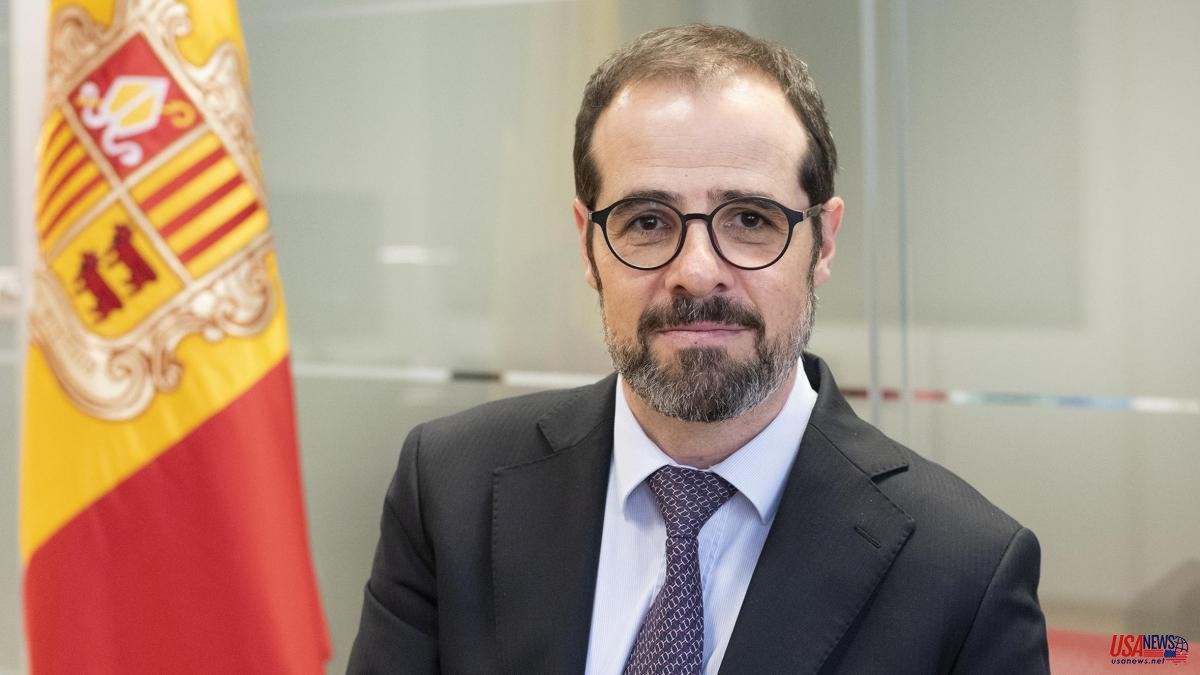 David Cerqueda manages stealthily in the bright office he has at the headquarters of the Andorran Finance Authority (AFA), from where the still snow-capped mountain peaks can be seen. There is no time for truce. Being a supervisor and regulator causes maximum attention to ensure the health of the Andorran financial system.

For a year and a half, he has been in charge of a key institution for the principality from which he wants to work so that Andorra consolidates the security and standardization of its financial system. He feels more doctor than sheriff.

Without a doubt, this is the case in this executive with exquisite forms and a soft verb who struggled in the past in the financial markets of Paris and London and also in the digital business of the Godó Group. He prefers to prescribe to impose, but he knows that if necessary he will draw for the benefit of the principality.

What are your feelings after a year and a half in the AFA?

The first is that the financial system – banks, insurance companies and finance companies – are well-managed companies. You have to make an effort to explain everything that is done well, because sometimes the image that is projected from the outside does not match reality. We still suffer from the image of the business model that existed, and now innovative and comparable financial services are provided to any European jurisdiction.

What do you think is the future of the Andorran financial sector in relation to the association agreement with the European Union?

We not only have to ensure that banks work now, but also in the future. With a view to negotiations with the EU, it is key that our sector has regulations that are equivalent and proportional to the entities of the Union. Second, we must ensure that our banks are efficient, very competitive.

At the moment there is already a concentration exercise. From five banking groups it is planned to go to three. More size, more competitiveness. And we also have to make our banks very efficient not because they pass the costs on to customers, but as a result of good management. There may be an incentive to raise the costs of services, but it would not be good for the country's economy or for the banks, which would not be competitive.

Is the banking system in Andorra being modernized?

It is implementing many changes towards digitization. And not only to favor customer service, but in the management itself. The bank is betting heavily on making available elements of better control.

One of the functions of the AFA is to protect investors and clients. To what degree is that level of protection?

In line with the EU. Clients have their rights guaranteed in their entities and in the supervisor.

What is your assessment of the latest IMF report on the financial center of Andorra?

The IMF has highlighted the level of solvency and liquidity of Andorran banks. It shows us strong points and also aspects to improve. He recognizes that there are very good bases to continue strengthening the sector. There are risks, but the balances are good. And it highlights the importance of having a good supervisor: the more diligent it is, the better the system will work and the greater its international credibility will be.

They have overcome the pandemic crisis with flying colours. What is the feeling about the economic pull?

As the tertiary sector has more weight, we depend a lot on the evolution of neighboring countries. It is true that last year Andorra grew strongly and that the forecast for this year is also of significant growth. I think the health of the country is good.

We look at major indicators such as the delinquency of companies, which has been maintained and has even decreased, and the degree of State indebtedness. Both metrics give an idea of ​​a comfortable situation.

In other words, the patient's analysis is good.

Yes, the indicators are satisfactory, but we must strive to maintain and improve them.

In terms of sectors, which do you think are growing the most?

The real estate sector. It is good because it constitutes a significant part of GDP growth, although as a supervisor we must be vigilant in case the trend changes.

What role does the universe of crypto assets have in Andorra?

Distributed ledger technology has many possibilities. Fostering innovation is one of the objectives of the financial authority. But we must ensure that it serves positive activities for citizens. On the contrary, this misused technology can pose a risk of users being unprotected, for example with scams, and money laundering.

How is it legislated?

There is a bill in the parliamentary process. Amendments are being made, the initial text was poor. It started two years ago and is outdated. If it were approved as it was, it would be very outdated. We provide the Parliament with a technical analysis that we are convinced will serve the legislator to improve the law.

Is that legislative text protecting the investor?

It has to be amended so that it better protects the investor, so that money laundering is avoided and it is more adapted to the needs of Andorra, since texts from other countries have been overturned. It must be updated and legal certainty introduced that it currently does not have.

I imagine that improving this future law is key for a country that has already lived in the shadows.

Andorra is a country that, sometimes in an interested way, is suspicious in the eyes of third parties, and therefore things have to be done very well.

Is the country's reputation at stake?

Yes. From all over the country. We managed to get rid of the doubtful jurisdiction label and now it would be very unfair if we could hang the label of doubt again. Remember that the banks' greatest asset is not on their balance sheet: it is their credibility.

Live the sector with intensity.

It is necessary. The IMF told us: "Do you feel like the police, the sheriffs of the sector?" And to some extent it is. malfunctions must be corrected. I see the financial authority more like a doctor: watch over the health of the patients, see the indicators. As doctors we write prescriptions. And one important thing: we can also force them to take the medicine.