The Great Gatsby existed and his name was Macoco

It was the summer of 1922 when young Jay Gatsby wandered Long Island hopelessly in love with former debutante Daisy Buchanan. 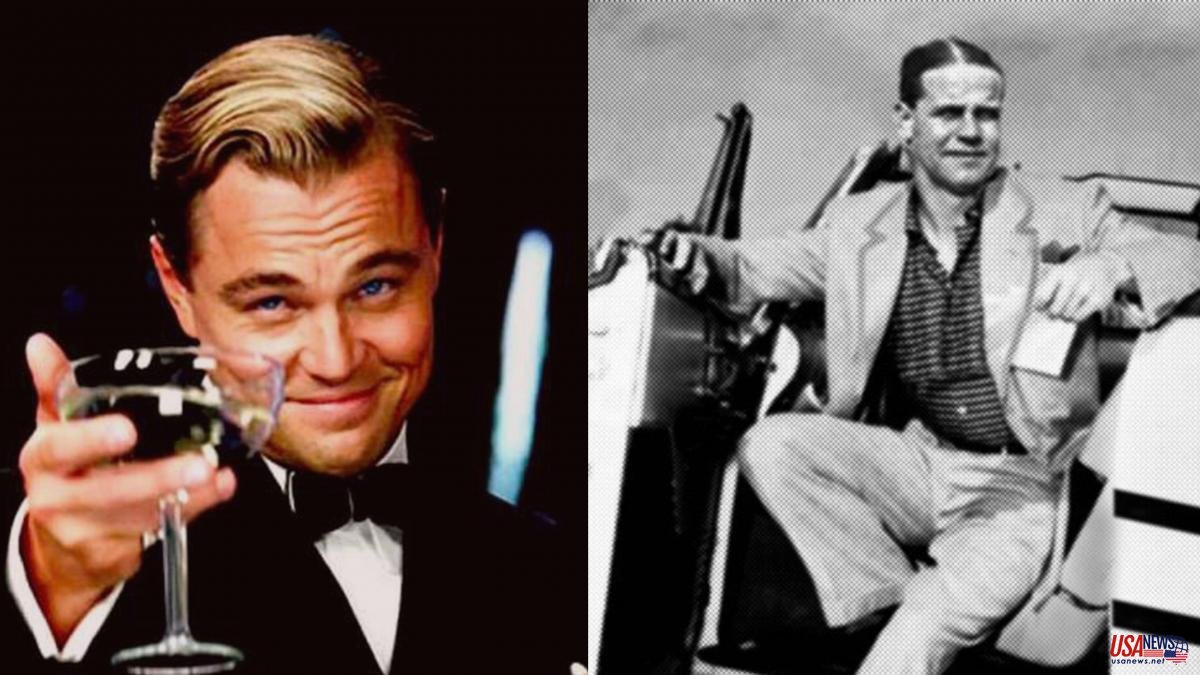 It was the summer of 1922 when young Jay Gatsby wandered Long Island hopelessly in love with former debutante Daisy Buchanan. What many do not know is that the protagonist that F. Scott Fitzgerald created for what is probably his most famous novel, The Great Gatsby, is inspired by someone real: Martín Máximo Pablo de Álzaga Unzué, the incomparable Macoco. This is stated by the writer and poet Roberto Alifano, candidate for the Cervantes Prize and the Nobel Prize for Literature, in his novel Macoco, the first Playboy (Renaissance publisher), of which he has sold his rights to Netflix.

Years ago, the Argentine author had the pleasure of sharing various encounters with this character, with whom he shared a homeland, so he knew his life first-hand, "much more spectacular than the legends that surrounded him," he acknowledges in an interview with La Vanguard. “I met him as a result of a small book in which some exaggerated stories starring him were told. At that time I was a journalist and I interviewed him to confirm or deny everything that was said there about his life. He was very indignant because he did not feel identified. I offered to listen and explain the truth. Over time, I gained his trust and he told me about it. And today I tell it to the world in this book”, he explains.

Macoco was an "extraordinarily rich" person. So much so, that he went down in history as "the Argentine who spent the most money in his life," says Alifano. In his native country, the expression “throwing butter on the ceiling” is very common as a synonym for wasting. A set phrase that was devised by the same character in the Maxim's restaurant in Paris, on whose ceiling there was a fresco with "valkyries with prominent breasts protruding from the necklines". One night, bored by the delay in his dish, he put butter on his fork and began to throw it at the painting's breasts. “A tournament was set up among those who accompanied him. Then, obviously, they had to pay for the damage, but that was not a problem for him. To get an idea of ​​his assets, the family residence in the French capital had previously belonged to the Romanovs, the tsars of Russia. The Álzaga Unzué bought it from their descendants”, assures the writer.

His fortune led him to live in various cities in Europe, to study for a time at the Sorbonne and later to settle in the United States, where he met Al Capone and opened Morocco, one of the most legendary cabarets in the city. There he rubs shoulders with the city's cream and meets Scott Fitzgerald, then a journalist, who wanted to interview him. "The same thing I did decades later," smiles Alifano. “They hit it off very well. So much so that some time later he took him with him to live in Beverly Hills, as it was the golden age of cinema and he encouraged him to earn money in Hollywood as a screenwriter. Fitzgerald accepted and went with him and his wife Zelda to Los Angeles in order to change direction in his career. During the time he was there, perhaps inspired by the great parties his friend was throwing, he wrote The Great Gatsby”.

And from all those parties, numerous friendships emerged, such as Onassis, Howard Hughes, Greta Garbo, Clark Gable, Errol Flynn or Gardel. And, also, romances with great Hollywood actresses such as Rita Hayworth, Claudette Colbert, Dolores del Río or Ginger Rogers, “which led him to give meaning to the word Playboy, to the concept, and he was the first to represent it. To many of them he came to finance his films. If one thing is clear, it is that Macoco was not bored. He lived big and was the spitting image of Carpe Diem.”

His affair with Ginger Rogers — or rather the end of it — led him to meet the former president of Argentina, Juan Domingo Perón, now Eva's widower. “‘The general wants to see you. We'll pick him up, the interview will be at the Olivos residence, tomorrow, Saturday, at one in the afternoon. The President invites you to lunch,' they told him. But the surprising thing here was that they didn't know each other at all. He went and asked her to introduce him to Ginger in exchange for facilitating some procedures in the import license to bring cars from abroad, since he was a great fan. More than an amateur, he was an expert and pioneer, because at the age of 23 he won the Marseille Grand Prix, his greatest milestone, and then he raced in Indianapolis, although he did not do so well there and decided to focus on his parties”, reveals Alifano.

His last times were modest because so many excesses led him to squander his fortune. “Shortly after turning 60 he returned to Argentina. There he led an almost monastic life, because he turned to Catholicism, something he had never done. He wanted his sins forgiven. He never threw butter on the ceiling again.”