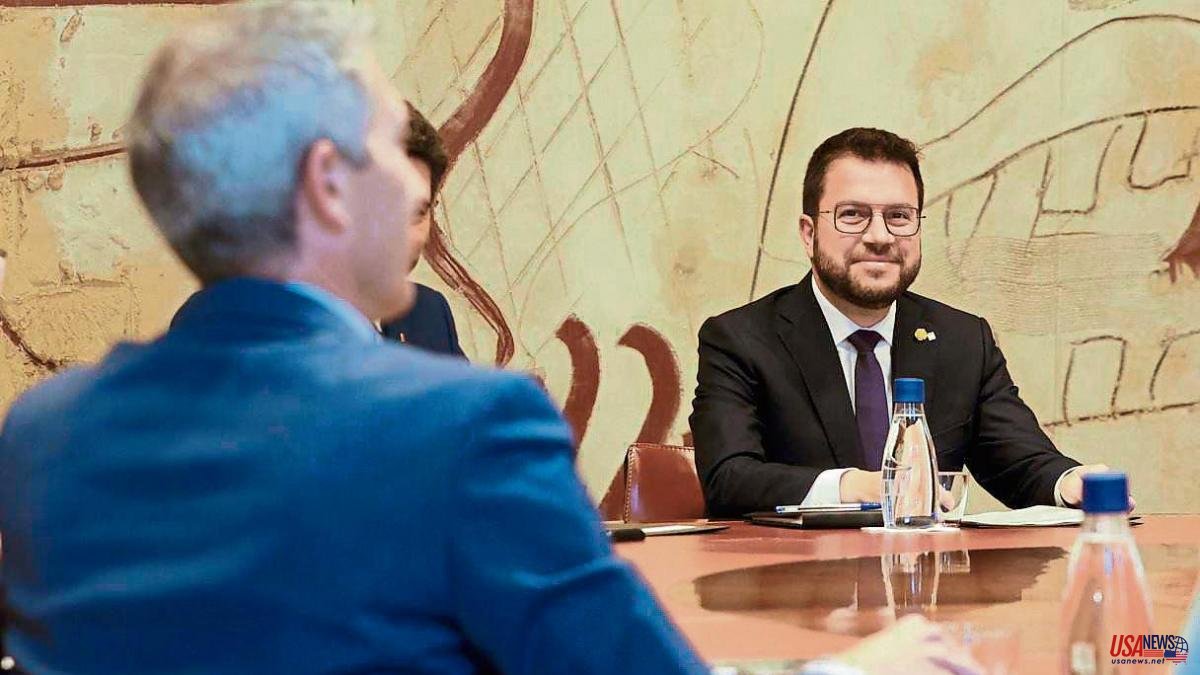 It is not a game changer, but a game changer. Faced with the ruling of the Superior Court of Justice of Catalonia (TSJC) so that 25% of the classes are taught in Catalan and applied before May 31, the Government on the one hand and the PSC, Esquerra, Junts and the common ones on the one hand the other tries to change the game board, that is, the regulatory framework. Yesterday, the Catalan Executive launched the first leg to do so and approved a decree law that, in essence, explicitly rejects in the text the percentages in the teaching and use of languages ​​and designates the Minister of Education as responsible for all the linguistic projects of Catalan schools.

However, the Government is not entirely clear that this two-way invalidates, at least, the subsequent action of the TSJC, despite the legal change, and remains on the lookout. For now, Ciudadanos has already announced that it will take the decree to the Constitutional Court. The Assembly for a Bilingual School has also warned that if on June 1 the instructions sent to the centers do not comply with what is required in the sentence, it will present a letter to the TSJC.

In any case, the decree is not enough – even in the opinion of the Government – ​​and the board must be complemented with the chips. That is why a new law devised by socialists, republicans, post-convergent and common people is underway pending approval in Parliament. It will be approved after the Consell de Garanties Estatutàries issues, at the request of Vox, Cs and the PP, its non-binding opinion on this regulation. Broadly speaking, the law establishes Catalan as the vehicular language and Spanish as the curricular or learning language.

The decree is not hidden: "The organization of the teaching and use of languages ​​in educational centers (...) is based on (...) the non-application of numerical parameters, proportions or percentages in the teaching and use of languages”, says the text, advanced by La Vanguardia a week ago. The Government thus intends to shield Catalan in schools.

But at this point it goes beyond what is indicated in the law of the Parliament pending approval, which does not make explicit that rejection of quotas. For this reason, the Socialists will not support this decree law, but they will support the Parliament's norm. Alícia Romero, spokesperson for the PSC, made it clear: “The decree law approved by the Government does not comply with the ruling of the TSJC, it does not fully include the agreement resulting from the consensus worked out by the groups, it does not mention the curricular use of Spanish, and challenge the courts.”

The spokeswoman for the Government, Patrícia Plaja, assured that the decree protects Catalan and the Catalan school model, "an answer is given to the sentence" and it is possible to "overcome a judicialization that was not desired by this Government, nor by all educational centers and parents in Catalonia”. However, she did not dare to assert that she leaves the execution order and the 25% sentence on dead paper. Even so, she affirmed that with this initiative the Generalitat will guarantee that "judicial interference motivated by ideological persecution", as is the case, according to her, of that sentence, "does not affect the proper functioning of education".

However, the decree requires validation in Parliament within 30 days. The Socialists will not be there, but it is very likely that it will come out ahead thanks to En Comú Podem.

This morning, the principals of all schools will receive instructions from the Minister of Education, Josep Gonzàlez-Cambray. Especially for them to know how to proceed with language projects.

This is the other touchstone. The decree states that educational centers have to develop a linguistic project that frames the treatment of languages ​​through didactic and pedagogical criteria set by Educació. In addition, it ensures that these linguistic projects have to take into account "the educational needs and the cultural and linguistic diversity of the students in order to achieve the objectives of linguistic normalization". They will be applicable from the beginning of the next course.