The Gospel Viu Choir is one of the leading ensembles in the Catalan gospel scene. 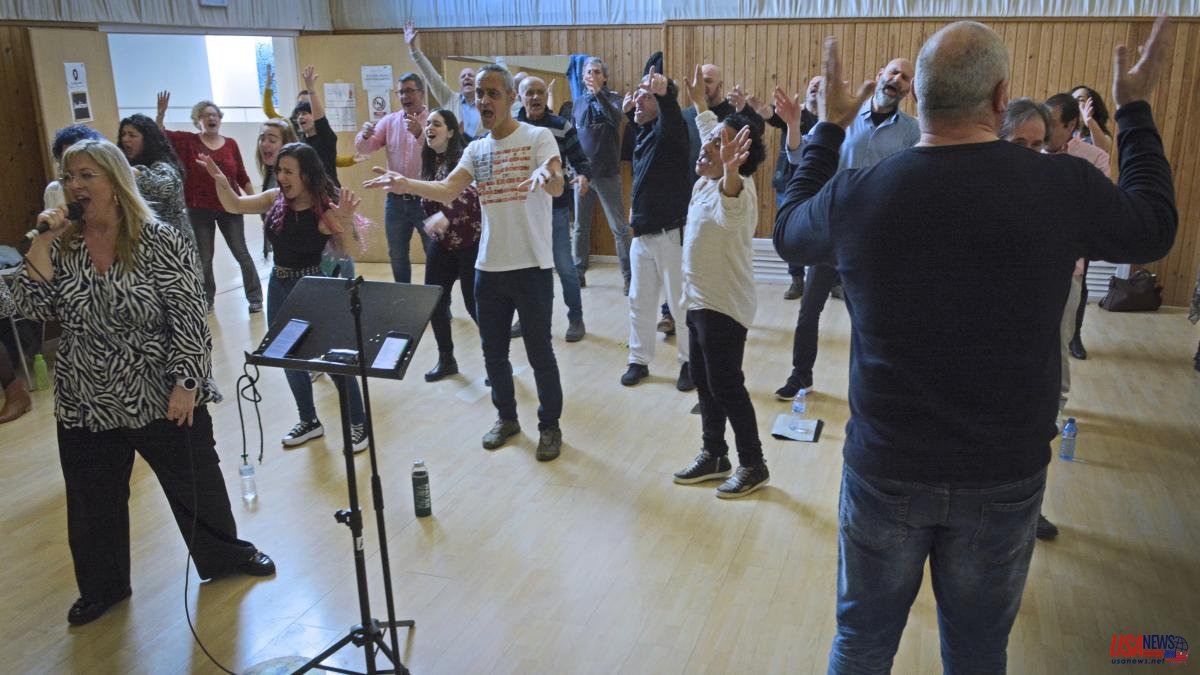 The Gospel Viu Choir is one of the leading ensembles in the Catalan gospel scene. This 2022 reaches its 20-year history, with 330 concerts behind them in which they have dazzled more than 200,000 attendees. To celebrate, next Tuesday, May 24, they will premiere the show Non Stop Gospel 20 at the Palau de la Música Catalana (7:00 p.m.). It is "a compendium of the best songs from all the previous productions. All the hits gathered in a single show", defines the director of the choir, Moisès Sala. La Vanguardia subscribers have a 20% discount on ticket purchases, as long as they do so through Vanguardia Tickets.

Next week's performance is not only the biggest celebration of their 20th anniversary, but also the start of a tour that will take them all over Catalonia for the next few months. At the moment, they already have more than 12 concerts scheduled. With the Non Stop Gospel 20 tour they hope "that people remember with us the most beautiful, most emotional moments, the ones that have most captured the public's attention", explains Moisès Sala. "It's a 97-minute show that leaves no one indifferent." And, although it will be the ninth time that they will go up on the emblematic stage of the Palau de la Música to open or close a tour, starting it again in the Barcelona auditorium is "very exciting", says the director.

However, he acknowledges that "at the time we did not think we would get here doing what we have done: creating our own style, very particular and transparent". This style of The Gospel Viu Choir is characterized by "working a sound very close to North American gospel, but without giving up this way of understanding choral music that prevails in our country. That tradition of the choral world from which we all drink", he explains. Moses Sala.

The pandemic has also made a dent in the formation, which in 2020 reached 70 members. Now it is made up of 36 choristers, after six new additions. Beyond the personal sphere, the director assures that "it has been very hard for the associative structures, many have been dissolved". On the positive side, the pandemic has reinforced their "self identity". "Now we are less but we are more united than ever," says Sala. In addition, "just because of the enthusiasm of the 30 people and the desire to move forward, it is already worth having come this far".

When asked about the key to his training, Moisès Sala is clear: "a way of understanding songs that brings something particular". "We are very sincere with the way of being and very demanding with the way of transmitting. We do gospel from the soul, so that it connects with the whole world", he declares.

The Gospel Viu Choir, although it was founded in the town of Palafolls, is also responsible for exporting its way of singing gospel outside the Catalan territory. Through the Gospel X-Periences program, they have traveled throughout the peninsula and even Europe, conducting gospel classes, seminars and workshops. In addition, in 2006 they created the solidarity project Gospel sense borders, to take their style to countries such as Madagascar, Gambia, Senegal or Peru, also collaborating with entities that work with children at risk of social exclusion. The return after the pandemic break will allow them to recover this solidarity aspect. "It will serve to celebrate life and the renewed spirit of making music and being in solidarity," says Sala.

The formation reaches its 20th anniversary with an eye on the future. Non Stop Gospel 20 compiles the highlights of the eight previous productions to "value the work done so far", but it is also "a celebration of everything we have left", says Moisès Sala. "It will be a very lively, very intense and very sincere thing, with all the memories that are intrinsic and what it brings us on a personal level," he concludes.