Dimitri Shostakovich is the paradigm of the oppressed composer. 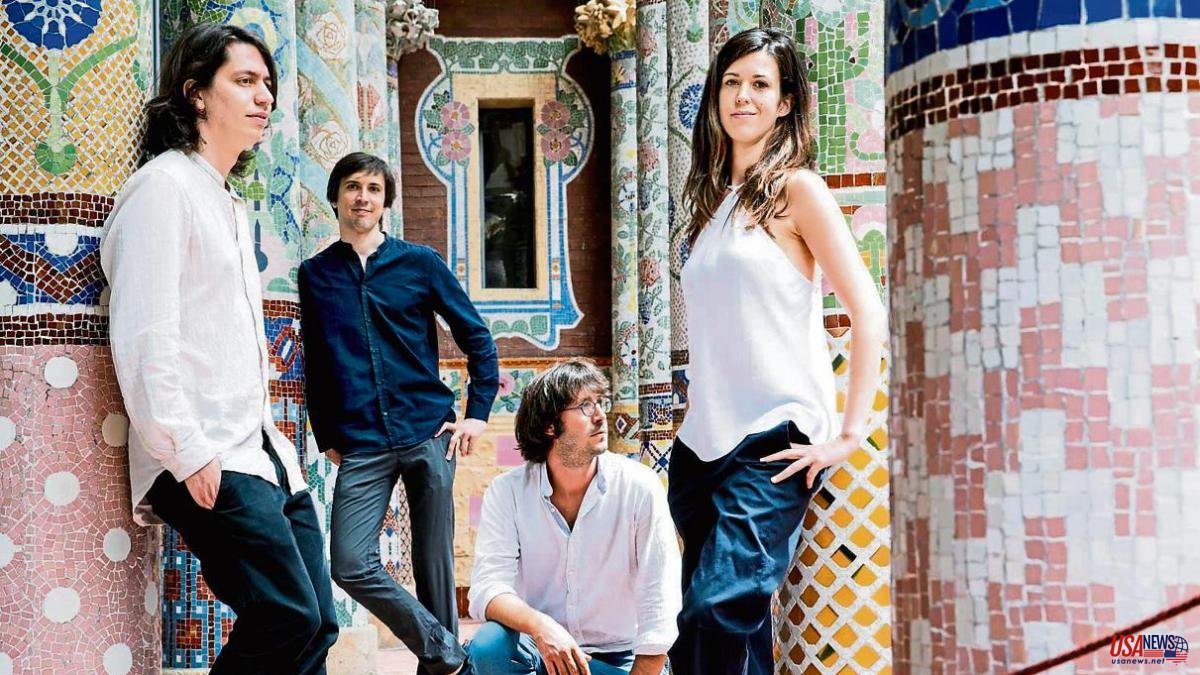 Dimitri Shostakovich is the paradigm of the oppressed composer. He spent his life (Saint Petersburg, 1906- Moscow, 1975) subjugated by the Soviet regime that systematically controlled his work. Everything he wrote had to go through a committee that decided if it was counterrevolutionary and had to be censored. The result was a very special compositional style: he wanted to embrace the avant-garde but for his work to see the light and not be censored.

And if in any of his works he expressed himself in an intimate and autobiographical way, it was in his string quartets. The Quartet Gerhard received a commission a couple of years ago to offer the complete, the fifteen quartets that Shostakóvich composed. The impetus was given by the San Sebastian Musical Fortnight.

So, the same thing that they present there, in Chillida's house, which has reopened as a festival space for the occasion, will be seen three consecutive years in Catalonia, within the framework of the Torroella Festival. This Wednesday the first of this summer's concerts will take place (with quartets no. 5 and 3) and on the 17th, the second (with numbers 1, 6 and 9). La Vanguardia subscribers have a 15% discount whenever they purchase tickets on the newspaper's sales website.

The violinists of the group, Lluís Castan and Judit Bardolet, attend La Vanguardia dates after having played at El Prado for the dinner of accompanists of the NATO leaders. “They asked us for Mozart, something cheerful, and he had the grace of it. There was a point where we felt like court musicians”, laughs Bardolet. That yes, they asked them to soften the sound because the diners wanted to chat... "But we played super pianissimo!" Castan laments about this first experience with high politics. "The next thing will be playing in a bunker," he jokes.

If the Gerhards consider climbing Shostakovich's hill, it is because they feel they are in a moment of maturity: they are going to be 13 years old as a quartet. But it is still a challenge. You have to do it for at least three years.

“The quartets are the most autobiographical part of Shostakovich, where he expressed his most intimate side. In them he traces a testimony of life”, says Castan. "In the 3rd he talks about World War II and the pain it caused him ... he gets through you emotionally."

“Each quartet is very different from the rest, they are a universe with a different message... something very brave”, adds Bardolet, who together with his colleagues has spent four days teaching at the Acadèmia de la Atlàntida in Vic. to the teacher they had in Hannover, Oliver Wille. A luxury.

-Shostakovich is based on the feeling of anguish and tragedy -takes up the theme Castan-. You need to mimic a very clear, existential emotion: life and death. And in a sociopolitical situation that has many analogies with what is happening now in Russia. He opens the soul and he does it in such a clear way that you feel identified: there is a tragic feeling in his music and moments of elevation and utopia.

Yes, it's very extreme: you can feel all the anger and despair and all the fragility too, and that hope. The immersion we are doing transforms us. It gets you. And it's so current and so ever...

–It is something incredible to be able to translate such diverse and complex emotions into music. He goes through a situation that you have never experienced but he makes you feel as if you have.

-Today people understand that a lot, [the abuse of power] is real.

–And that fear of impotence, that they will do with you what they want and no one will help you. It is a fear that even in our democratic Western societies we have. His music is a refuge to feel that there is a way out.

For this Wednesday's concert, the Gerhards have chosen the most impressive works, those of total tear, without the contrast of those of the 17th, which has a very bright first part to later reach the very dark No. 9 .