The field of Bayern, cursed territory for Barça

It was not like on previous occasions, when Barça practically fell to the canvas from the start, but the result, which is ultimately what is important, was the same. 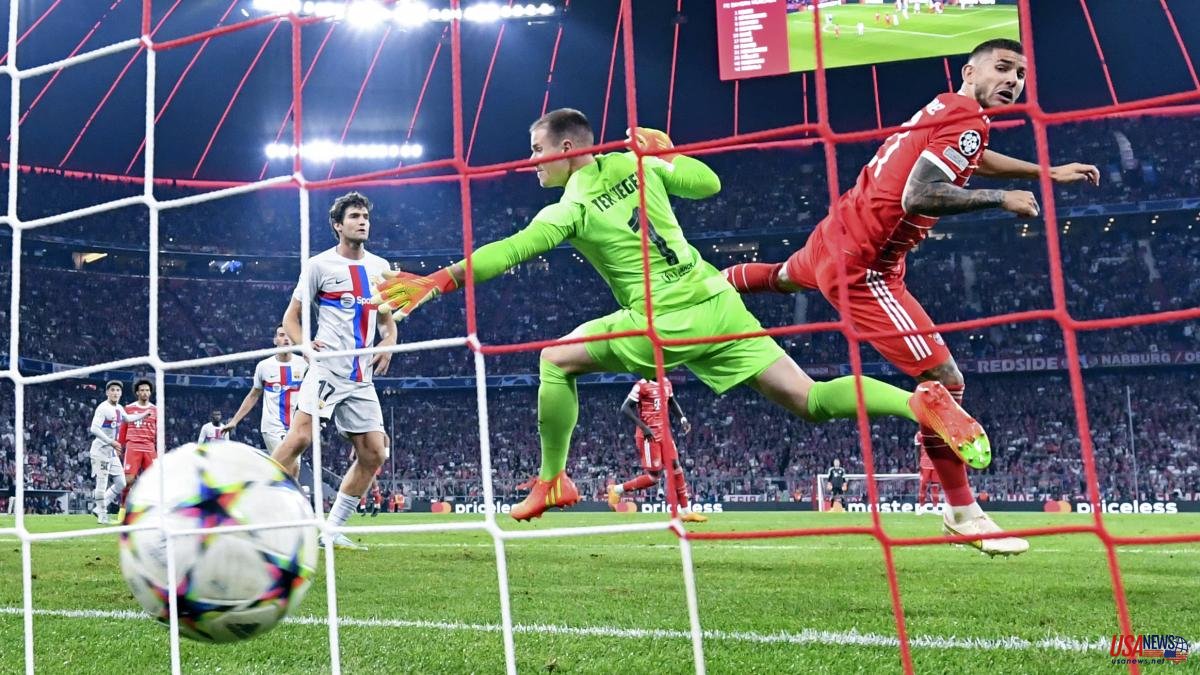 It was not like on previous occasions, when Barça practically fell to the canvas from the start, but the result, which is ultimately what is important, was the same. Again defeat (2-0). Nor could an improved version of the Catalans with Bayern Munich, which is undoubtedly the black beast of the Catalan team in recent years.

Xavi Hernández's pupils showed that they have more wicks for the big events, although insufficient to stop a Bavarian machine that continues to increase in its favor a terrible, historic partial, when the Barcelona fans are ahead. Added to the blushing 2-8 in 2020 was the double 3-0 defeat last year and with goals from Lucas Hernández and Sané the balance now reaches 16-2 in favor of the Germans in the last four games.

In Lisbon, with Messi and Luis Suárez on the pitch, among others, the Barcelona fans learned the direction modern football was taking: possession without speed, power and precision is useless. Bayern was a plane against an aging group victim of their vices. That historical blow remained in the retina of a Barça prisoner of its fears last season, stuck in the Camp Nou and powerless in the duel fought on the Munich pitch, in a cursed field where it has not yet won.

In seven games on Bavarian land, the Barcelona players have suffered five defeats and have only scratched two draws. The first visit to the Munich team ended with a 2-2 draw in the first leg of the semi-finals of the extinct 1996 UEFA Cup. lap.

The azulgrana have only smiled twice at the German stadium, with the draw (1-1) achieved in the quarterfinals of the 2009 Champions League and the defeat (3-2) in the semifinals of 2015. In both cases they celebrated qualifying thanks to the rent on the way. Between those two qualifiers, another setback in the 2013 semifinals of the highest European competition, a 4-0 against which was joined by 0-3 in the second leg at home, the epilogue to a particularly sad season due to the illness of the disappeared Tito vilanova.

Although the cold numbers don't lie, this time Barça's sensations at the Allianz Arena give rise to hope for a better future, that of a team with the potential to one day celebrate a victory against Bayern, perhaps on matchday five in the Camp Nou, where they have beaten the German ogre twice. In both, in 2009 and 2015, the azulgranas were later champions of the Champions League with Xavi as a player. A good precedent to hold on to in the absence of better results.