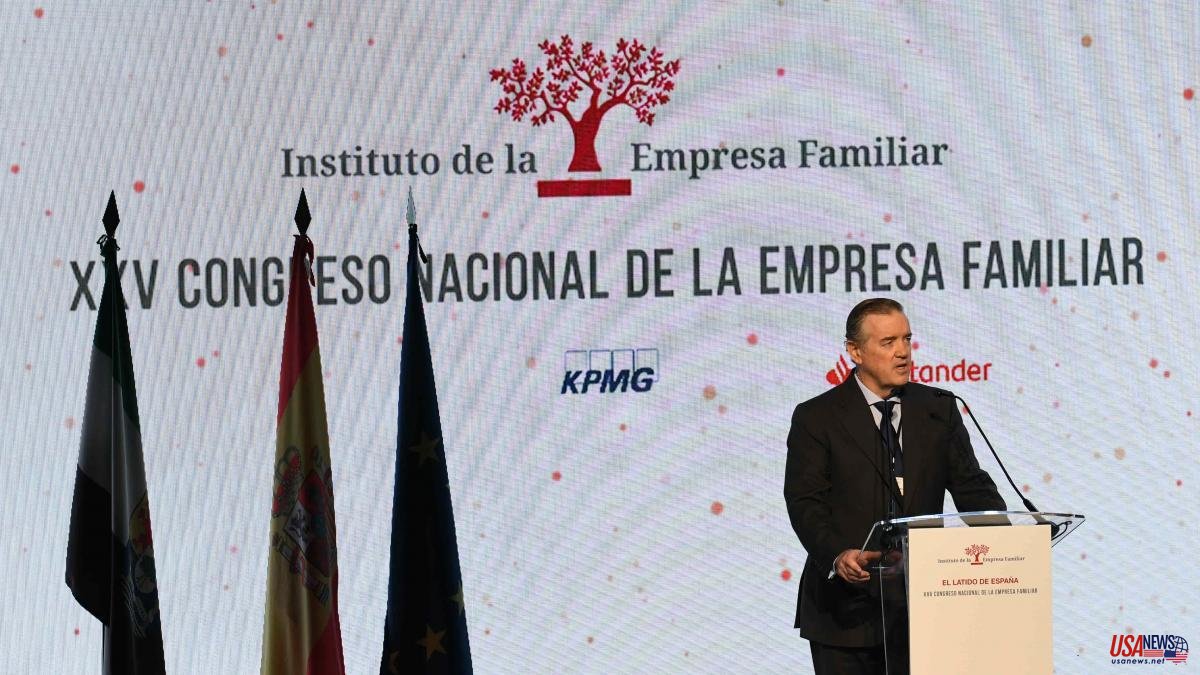 Total divorce between family businesses and the Prime Minister Pedro Sánchez. At the closing ceremony of the XXV National Family Business Congress held today in Cáceres, the president of the IEF, Andrés Sendagorta, revealed to fifty attendees that Sánchez declined his participation in the annual meeting for the fourth consecutive time. He has not been present at a Congress of the Family Business Institute (IEF) since 2018.

"We would have loved to have had the presence of the president. And I want to assure you that next year we will invite him again," Sendagorta said in his speech. He detailed it just before notifying the Government that it is necessary to flee from "the occurrences and bet on rigor". It was a clear reference to the new tax on large fortunes that the Ministry of Finance has improvised to harmonize the taxation of Patrimony through the back door.

“The pandemics have not been able to kick us out. Neither will inflation, nor the energy crisis, and I hope neither will the fiscal tidal wave that we are experiencing these days.” he has declared. The new fiscal measures will imply that businessmen who have not paid Patrimony for a decade, such as those residing in Madrid, will once again pay a tax on wealth.

What they ask for is "reflection and rigorous analysis when defining measures that affect our activity. That, when making decisions, when legislating, we do not create competitive barriers that put us in unfavorable positions with respect to those that exist in other countries of our environment", detailed the president in his speech.

Sendagorta has gone further and has wanted to break the topics that have been launched these weeks regarding the debate on the tax pressure of large estates. In his opinion, family entrepreneurs have "nothing to do with black legends full of cigars and top hats that some try to spread."

The IEF has been especially belligerent in defending a fiscal model in which businessmen are not harmed because they consider that it is a brake on competition with the rest of the surrounding countries.

In today's session, there have been several round tables in which businessmen have explained their personal experiences within the professional activity. The table detailing the succession process at Catalana Occidente and Grupo Pikolín stood out.

Asked about how being listed conditions the company, the president of Catalana Occidente, José María Serra, explained that "in making decisions we do not allow ourselves to be influenced by the market, whether it likes it or not". In his opinion, the advantages of being a family business is that decisions are made faster. He explained that when the company bought Seguros Bilbao in 2003, all the analysts told him that he could not pay more than 240 million euros. Serra has explained that he met with the owner asking him how much he wanted him. He told him 255 million and he accepted and they closed the deal. Hugo Serra, son of José María Serra and CEO of the insurer, has pointed out that one of the big differences with his father is that he makes the quickest decisions.

The president of Pikolin, Alfonso Solans, has indicated that he feels much calmer as it is not a listed company.