The European Union cannot now use the same economic recipe as during the pandemic. 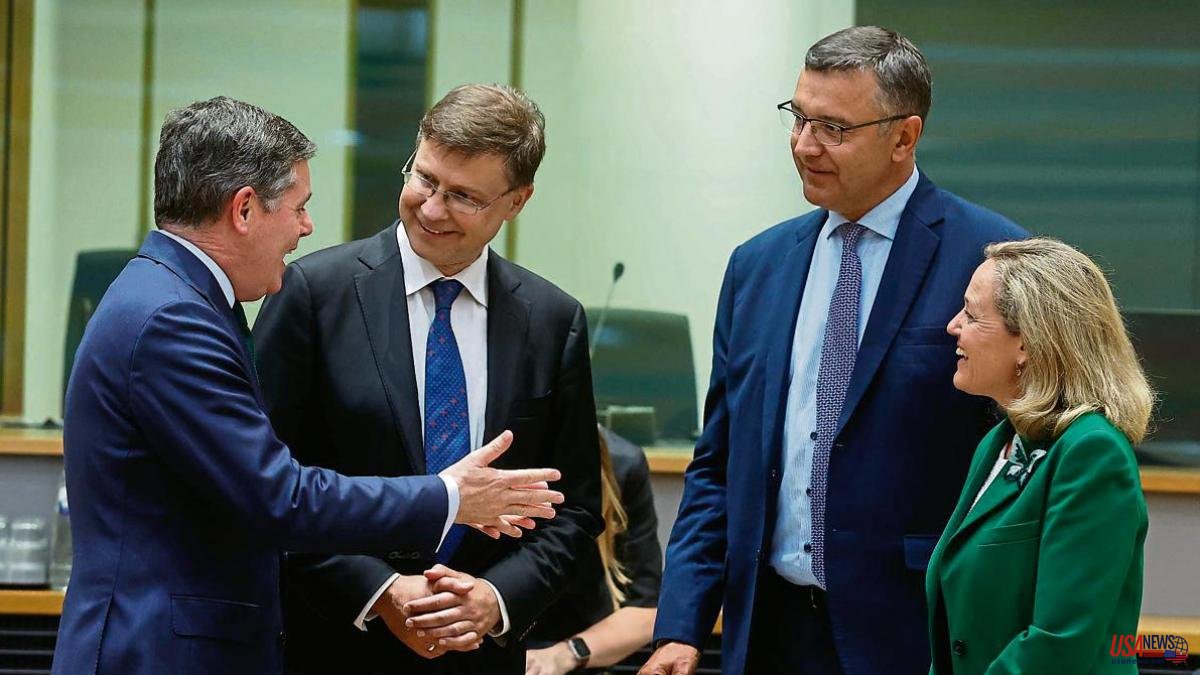 The European Union cannot now use the same economic recipe as during the pandemic. The message that you had to spend and help without restraint is over, because the situation is different. This was the message sent on Monday by the eurozone economy ministers meeting in Brussels. In a time of high uncertainty, the recipe must be different. The European Commission advanced that it will cut growth forecasts and expects inflation to remain high.

The eurozone ministers defended that by 2023 governments must find a balance in supporting the most vulnerable citizens and most affected sectors – for example, in the event of gas cuts – and maintaining the possibility of adjusting and maintaining prudent fiscal policies. . “The fiscal policies of all countries must preserve the sustainability of the debt, as well as increase the growth potential in a sustainable way to strengthen the economy, which would facilitate the work of monetary policy to ensure price stability and not add inflationary pressures”, concluded the Eurogroup. With special attention to the most indebted countries, such as Spain.

Governments agreed that the current economic situation is very different from that of the pandemic. “There is a clear consensus that the challenges are different from those of spring 2020; Faced with the reduction in general taxes, it is necessary to have measures that are adapted to the most affected groups”, defended the First Vice President of the Government of Spain, Nadia Calviño.

This is the message. The time of a rain of aid like the one that occurred during the pandemic must end and we must bet on protecting the most vulnerable with temporary aid. "We cannot have universal and perennial measures to tackle the energy crisis because this would also harm our climate transition," said Economy Commissioner Paolo Gentilioni.

The ministers believe that the measures from now on must be accompanied by fiscal responsibility, but also "as we prepare our national budgets for 2023, the adjustment policies must ensure incentives for the energy transition," says the document. What is feared is that a new expansionary policy will increase the debt, already very high since the pandemic, and worsen inflation —already runaway—, and that over time it will worsen the outlook even more.

High prices, for now, are here to stay, most likely next year as well, the ministers warned. It is one of the reasons why the European Commission advanced that there will be changes in its economic perspectives.

The great uncertainties that the eurozone economy is going through due to the war in Ukraine will cause worse forecasts. "Growth is proving to be quite solid this year, but despite this, downward revisions can be expected for this year and even more so next year, because there is a lot of uncertainty and risks," admitted the economic vice president, Valdis Dombrovskis.

Of course, inflation continues to surprise on the upside. And it is something that worries the Community Executive, which will announce its forecasts next Thursday. In its last update, last May, Brussels estimated an inflation of 6.1% in the eurozone and 6.8% in the whole of the Twenty-seven.

But the invasion of Russia, when the world was trying to leave the pandemic crisis behind, has once again altered not only the geopolitical context, but also the economic one, the ministers summarized. High inflation, boosted above all by high energy prices, puts a lot of pressure on the rise.

Energy prices have also infected other sectors, such as food, which is why Dombrovskis defended the instrument recently announced by the European Central Bank (ECB) to control price drift. Christine Lagarde, President of the ECB, will explain everything in the coming days.