The South African citrus campaign has just started and the EU has already intercepted the first shipments of oranges and mandarins infested with false moth (Thaumatotibia leucotreta) and black spot (Phyllosticta citricarpa), the Valencian Association of Farmers (AVA-ASAJA) has warned. 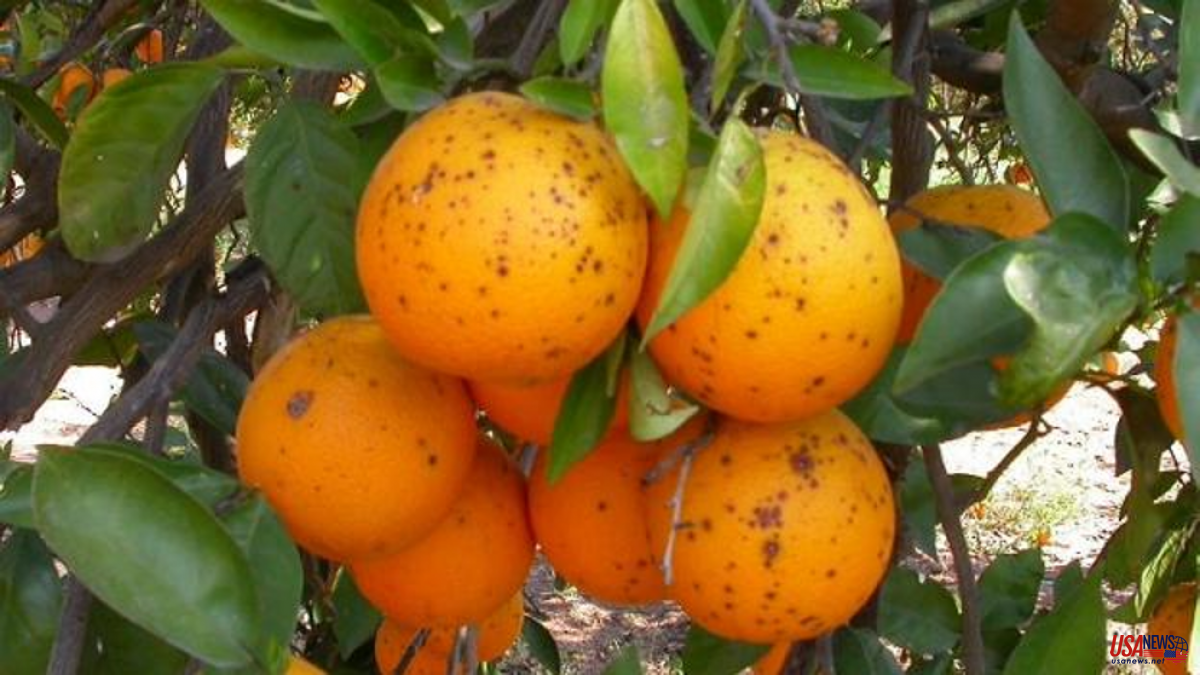 The South African citrus campaign has just started and the EU has already intercepted the first shipments of oranges and mandarins infested with false moth (Thaumatotibia leucotreta) and black spot (Phyllosticta citricarpa), the Valencian Association of Farmers (AVA-ASAJA) has warned.

The agrarian organization has recalled that these quarantine pests are not present in Europe and their entry and possible contagion "would cause millionaire losses" to citrus fruits, but also to other crops such as stone fruits, apples, pears, avocados, vineyards, olive trees. , persimmon, pomegranate, pepper, tomato, aubergine, and even rose or tree species such as oak.

The General Directorate of Health and Food Safety of the European Commission has recorded a total of seven detections of pests and diseases in South African citrus imports during the month of July.

In addition, there is another interception of western flower thrips (Frankliniella occidentalis) in a shipment of aubergines from the South African country.

The EU has forced South African oranges to carry out a cold treatment since last July 14, a historical demand of the Valencian countryside precisely to prevent the entry of the false moth.

Therefore, from AVA-ASAJA they warn that, if the aforementioned detection has been registered after that date, it will require Brussels to tighten the conditions of the approved mechanism in order to ensure complete phytosanitary safety, following the scientific recommendations of the European Authority of Food Safety (EFSA).

On the other hand, the detection of the false moth in South African mandarins "proves again", for this agrarian organization, that cold treatment is also "necessary" for this fruit and not only for oranges, as currently stated in the regulations recently approved.

The president of AVA-ASAJA, Cristóbal Aguado, calls on Brussels to "abandon the policy of convenience, which shamelessly puts the commercial interests of a few member states, such as the Netherlands, over the legitimate defense of agriculture, food sovereignty, the environment environment and democracy throughout Europe".

"If the scientists and the facts show that mandarins carry the same risk of introducing and spreading the false moth, it makes no sense for politicians to continue to deny them the cold treatment that is already applied to oranges," he adds.

Aguado also expresses his "discomfort" at the continued detections in 2022 of black spot on South African citrus because "it is a very dangerous pest" for the sector.

"During the last Citrus Contact Group of Spain, France, Italy and Portugal, we considered the latest control measures adopted by the EU to prevent the introduction and expansion of this fungus to be insufficient. The first data from the South African campaign already prove us right." We are playing with fire and, if we continue like this, we will burn ourselves", ditch.