Crucial step of the European institutions that approved in the early hours of Tuesday a tariff to appraise the imports of some goods whose production emits large amounts of carbon dioxide. 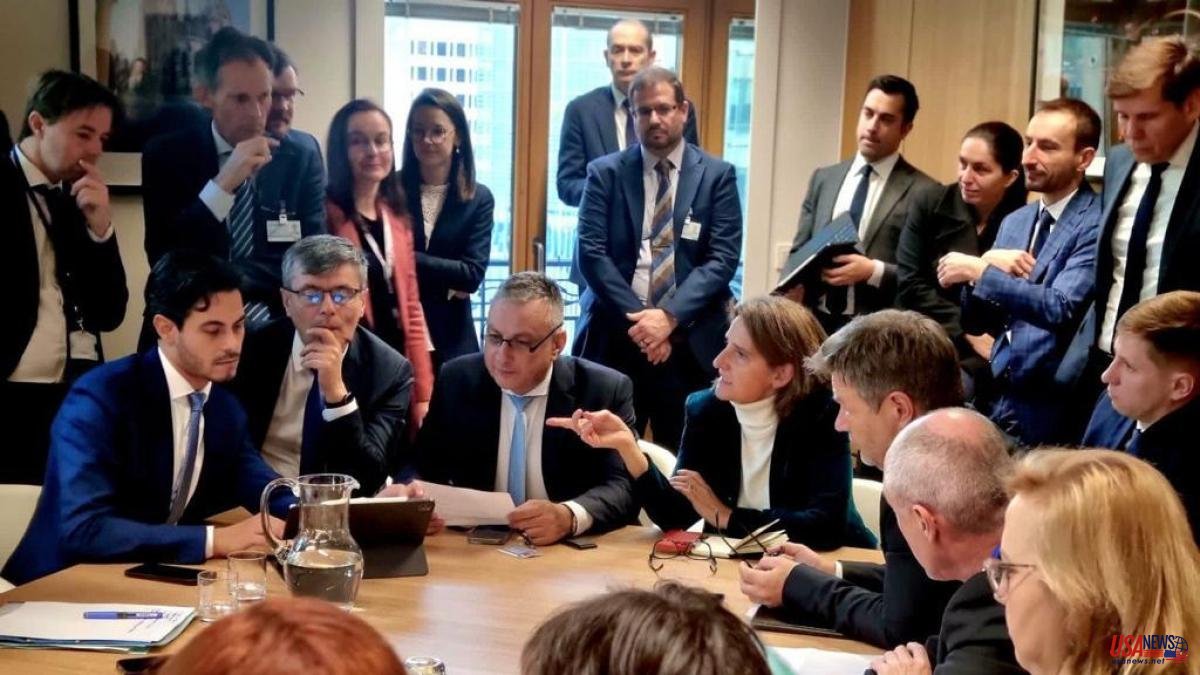 Crucial step of the European institutions that approved in the early hours of Tuesday a tariff to appraise the imports of some goods whose production emits large amounts of carbon dioxide. The objective is to prevent the most polluting industries from deciding to relocate their activity to other countries and increasing climate ambition.

This is practically unique legislation in the world. The new tax is a way of equating what the most polluting industries in the Twenty-seven pay under the emissions trading scheme (ETS, for its acronym in English). This system, which began to be applied in 2005, establishes a maximum limit of greenhouse gases and divides them into emission rights that allow the release of one ton of carbon dioxide or equivalent.

Most of these rights are auctioned. However, industries at risk of carbon leakage (ie production relocation to more polluting countries) receive free emission allowances, which are expected to gradually disappear in parallel with the implementation of this agreement.

With the agreement reached, companies that want to sell a product in the European Union will be forced to pay the price of the carbon they emit in the manufacture of their product according to the European ETS system. If you have already paid in the country of origin, it will be deducted upon entering community territory. This will equalize the carbon price between Union and imported products, thereby limiting carbon leakage and encouraging reductions in global emissions.

"For the first time, we are going to guarantee a fair deal between our companies, which pay a carbon price in Europe, and their foreign competitors, who do not," said the president of the Environment Committee of the European Parliament, Pascal Canfin. . For his part, Jozef Síkela, Minister of Industry and Trade of the Czech Republic, the country that holds the presidency of the Council, believes that "it will ensure a balanced treatment for imports, because it is designed to encourage our partners in the world to join the climate efforts.”

Based on the agreement reached, only countries with the same level of climate ambition as the European Union will be able to avoid paying the new rate, thus preventing companies from deciding to move to less ambitious countries in the climate fight. This mechanism will cover imports of products such as iron, aluminum, steel and its derivative products, cement, fertilizers, the generation of electricity and hydrogen. The countries most affected by the measure will be China or Turkey, according to the analysis of the European Commission.

According to the institutions, the system complies with the rules of the World Trade Organization. It will begin to be applied from October 1, 2023 but with a transitional period in which at first companies will only have to report their carbon dioxide emissions. After that, they must pay the carbon tax certificate at the border, which is what the legislation is called. The original proposal included a transitional period until 2026, but given its relationship with the end of free emission rights that is still being negotiated, it has not allowed the definitive application date to be closed.

Within the proposal of the European Commission, it is foreseen that most of the proceeds from this tax will be used as a source of income for the community budget. Specifically, that 75% of the income (about 1,000 million euros) contribute to paying the debt that has been acquired to finance the recovery fund.

The pact was closed a few hours before the energy ministers met again in Brussels. The fifth time that an extraordinary meeting was held to agree on a cap on the price of gas and reduce the high prices.

No consensus was reached after ten hours of negotiations. Much to the chagrin of the Czech Industry Minister, he said he hoped to open "champagne to celebrate a deal." The bottles will have to wait until Monday, when there is a new meeting. But tomorrow, Thursday, European leaders will be able to address the issue.

As the Vice President for the Ecological Transition, Teresa Ribera, admitted, the main point of division is the price at which the mechanism would be activated, and when and how to deactivate it. Even so, the "most sensitive" point is finding "the right balance" between the stability of financial markets and the price "that consumers can afford." The last proposal lowered the limit to 200 euros, but it was not convincing either.