The day the queen died

The day the queen of England died, so did Lola Ferreira. 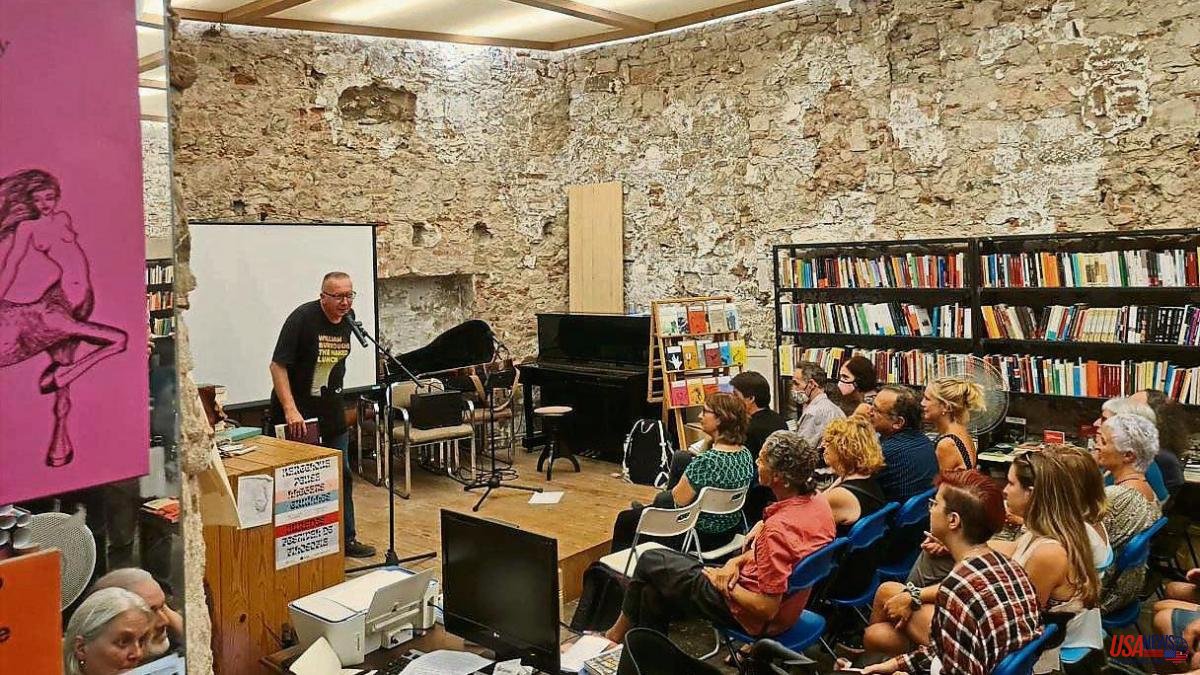 The day the queen of England died, so did Lola Ferreira. She was in charge of the communication department of the Madrid Book Fair, and was press officer of Círculo de Lectores and Galaxia Guternberg. Authors and colleagues remember her as an institution, another type of queen. Generous, discreet, elegant, "with her sandpaper voice," says Jesús Marchamalo on Twitter, she was "intelligent and subtle," in the words of Pedro Víllora. Josep Massot emphasizes that she was the champion of the best poets in Spanish and of her most demanding literature, and describes her as a "wise smoker in the midst of so much smoke." She and fighter. In the film El sopar, by Pere Portabella, she talks about the three years she spent in prison during the Franco regime.

On the day that the Queen of England died, the Catalan PEN was celebrating its first centenary at the Palau Robert, where an exhibition curated by Manuel Guerrero about the entity, which is now chaired by the editor of Raig Verd, Laura strike Moderated by Anna Guitart, participants will be Dolors Udina and Biel Mesquida, Carles Torner, the Nicaraguan writer Jairo Antonio Videa, hosted by PEN. In the gardens were, among others, Manolo Gil, vice-president of this platform that defends freedom of expression and linguistic rights and promotes intercultural dialogue, the general secretary Helena Pol Salvà, also Àngels Gregori, the director of the Institution of Catalan Letters , Izaskun Arretxe, the president of the AELC, Sebastià Portell, Eva Piquer, Antoni Clapés, the youngest partner Jordi Jiménez Guirao, and the eldest, Joaquim Carbó, who turned ninety on August 24. There was an empty chair in honor of Salman Rushdie.

Meanwhile, and while the London Bridge was down, at La Calders, filled to the brim, texts by Jordi Cussà were being read aloud. David Caño, Míriam Cano, Jaume C. Pons Alorda, Anna Pantinat, Martí Sales, Llorenç Capdevila and Laura G. Ortensi, and those who were their editors at Labreu, Ester Andorrà, Ignasi Pàmies and Marc Romera, and at L'Albí, Jaume Huch, are some of those who recovered fragments of their Cavalls salvatges and Formentera lady totems. Mathew Tree said that you have few friends in life and that Cussà was one of the good ones: “I feel bad that he did not come and cannot see that so many people read his work, he who sometimes had micro-depressions and doubted due to the lack of acknowledgments”. He died in Berga last year, at sixty.

And at fifty-eight, Vicenç Pagès Jordà also left us prematurely (and in shock) on August 27. He was an explorer of literature, in practice and from theory, and he is remembered as an ambitious and demanding author, a good reader, a teacher. His funeral, in Torroella de Montgrí, was attended by relatives, writers, publishers, students, friends, and at the end copies of three of his books were distributed: Cercles d' infinites combinacions, El món d' Horaci and En companyia de the other He was very active on Twitter, where, on the day the Queen of England died, many of his readers posted photos of the cover of Letter to the Queen of Anglaterra, which Empúries published a quarter of a century ago. It is an epistolary novel in which the narrator recounts his life to Elizabeth II.

The day after the queen of England died, the journalist Toni Vall recalled that another teacher, Carlos Pérez de Rozas, gave a brilliant class based on a portrait that Annie Leibovitz made of Elizabeth II, and he imagined what would have happened taught with the front pages of newspapers from around the world. That same day, according to Oriol Soler in an exclusive to Ser Catalunya, a scene from the series The Crown was going to be shot, for Netflix, in the Jardinets de Gràcia, in Barcelona. Specifically, the death of Lady Di. Everything was ready, but it was suspended. For its part, Twitter suspended the tongue-in-cheek account @Queen_UK.

"Life is very long when you're lonely", sang The Smiths in The Queen is dead. The Queen of England has lived much longer than the ninety-six years she lived, and history has passed through her. The day of her death, these other stories of people who were not alone also happened.