The lawyer Magda Oranich, responsible for the JuntsxCatalunya internal report that confirmed the "incorrect" attitude of the deputy Francesc de Dalmases with a journalist on TV3, has explained again that deputies from this party contacted her to complain that they had suffered situations similar to the one suffered by the deputy director of the FAQS program after an interview with Laura Borràs at the beginning of July. 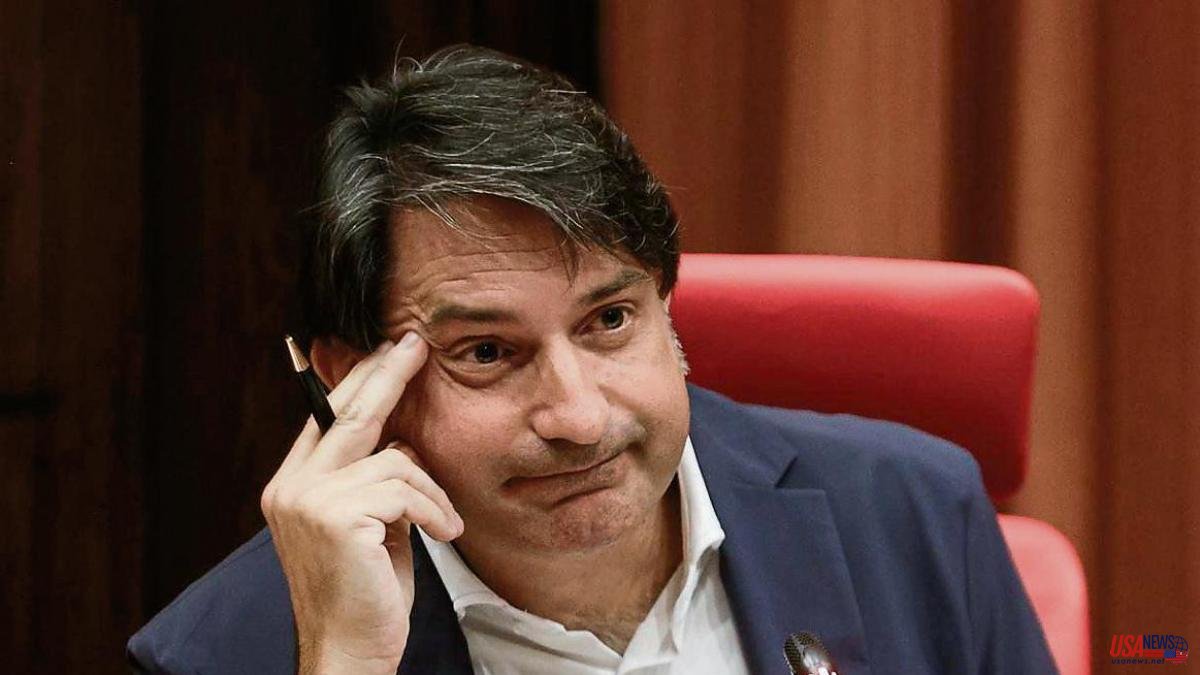 The lawyer Magda Oranich, responsible for the JuntsxCatalunya internal report that confirmed the "incorrect" attitude of the deputy Francesc de Dalmases with a journalist on TV3, has explained again that deputies from this party contacted her to complain that they had suffered situations similar to the one suffered by the deputy director of the FAQS program after an interview with Laura Borràs at the beginning of July.

Some of these deputies from the formation presided over by Borràs raised these complaints yesterday in the party executive that resulted in the resignation of Dalmases as vice president of the party and as a member of the Parliament commission on the Catalan Corporation of Audiovisual Media (CCMA), but not as a deputy.

However, a sector of the formation has begun to collect signatures so that the next national council analyzes the situation in case any disciplinary measure is appropriate, such as its expulsion from the parliamentary group.

In this regard, this morning deputy Jaume Alonso Cuevillas, who is close to Dalmases and Borràs, has accused Junts of "not having digested" the Government's decision to turn the Dalmases case into a case against Borràs which, in his opinion, it's "piece of hunting".

At the moment, the group of Junts in the Parlament meets this Wednesday at one in the afternoon "telematically" in an extraordinary way, according to Nació Digital and confirmed by La Vanguardia, to address "the latest events".

Despite the fact that Junts warns that the case is one of inappropriate behavior and not sexist attitudes, the Minister of Equality and Feminisms, Tània Verge (ERC), has made available to these deputies "the entire network of resources and advice" of his department. Through her Twitter account, Verge has shown all her support for the deputies of JuntsxCat "who these days are raising their voices". "In the

Meanwhile, Oranich, in the Café d'Idees program on La 2, explained this Wednesday that other deputies told him that they had received shouts from Dalmases and that they had either had a terrible time but he has indicated that he did not put it in the report because, according to said, "if I dedicated myself to investigating everything, it would still be there". "I have believed them but I have not wanted to include it in the report" to focus on the facts, insisted Oranich, who has refused to assess whether there is "a pattern of behavior" in the deputy.

However, Oranich added that someone told him "he doesn't do it now." "We have gained something", the lawyer has celebrated, who sees in the report "a wake-up call" and in the resignation of Dalmases, "a first step to recognize that he has not behaved well". The lawyer has once again regretted the pressure that she has suffered before presenting the report, specifically from Borrás, and the attacks on her person once it was made public on Sunday. "I felt intimidated and I didn't pick up the phone anymore," she snapped.

The Bureau of the Parliament will meet tomorrow, Thursday, to address the call of the Commission on the Statute of the Deputy chaired by lawyer Jaume Alonso Cuevillas, close to Dalmases y Borràs, and which will soon have to meet to issue an opinion on whether or not the deputy violated the code of conduct of the institution.

In this sense, ERC, the commons and the CUP have already registered a joint petition in the Table for this commission to be convened. Yesterday on TV3, Cuevillas explained that Junts will request a report from the Board to see "how to proceed" with Dalmases since, in his opinion, there are procedural doubts. "Doubts are even raised as to whether the Commission has the power to analyze conduct that occurred outside Parliament," he warned.

The incident between Dalmases and the deputy director of the FAQS originated after an interview in which Borràs and his closest group considered that they were not treated as expected, since the leader was asked about the legal case in which she is being investigated by the alleged splitting of contracts to favor a friend when he directed the Institució de les Lletres Catalanes, a cause for which he is one step away from being judged.