The tragedy in El Espinal —in the department of Tolima, in the heart of Colombia— revives the debate on corralejas. 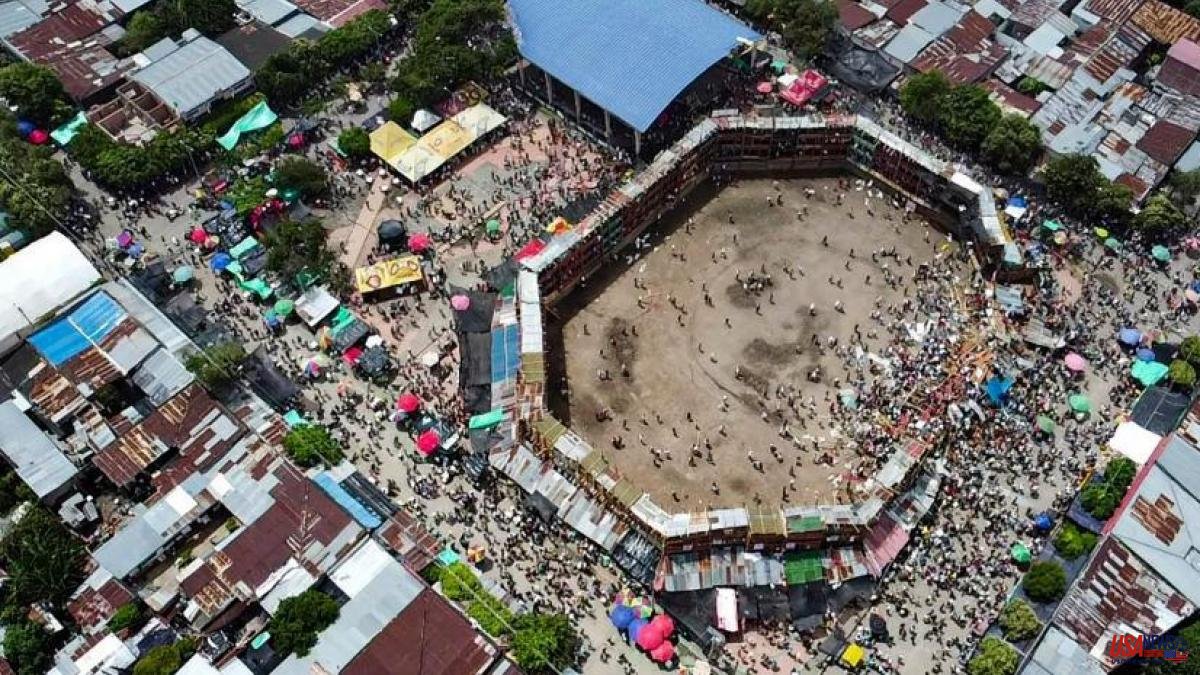 The tragedy in El Espinal —in the department of Tolima, in the heart of Colombia— revives the debate on corralejas. The collapse of an area of ​​bleachers during the bullfight this past Sunday, within the framework of the San Pedro and San Pablo fairs, has left at least four dead and 250 injured, according to local authorities.

Much of the wooden box, packed with spectators, fell on the sand and on many other intrepid ones who had jumped into the ring to face the bulls, as is the tradition in these festivities.

It is not the first incident that occurs in bullfights, as the president-elect, Gustavo Petro, recalled in a tweet: "This had already happened before in Sincelejo." He was referring to the tragedy that occurred in the bullring of the capital of the department of Sucre, in the Colombian Caribbean, back in 1980, when the collapse of the boxes claimed 300 lives and 500 wounded.

The reactions have not been long in coming. Petro, who was mayor of Bogotá between 2012 and 2015, already showed his aversion to bullfights when he stopped them at La Santamaría, and has not been slow to speak out on social networks: “I ask the mayors not to authorize more shows with the death of people or animals”, he expressed in the same tweet, which he accompanied with a video of the event.

Iván Duque, who will leave the presidency when the leader of the left takes office on August 8, added to his consternation and lamented the “terrible tragedy”. “We will request an investigation of the facts; speedy recovery to the injured and solidarity with the families of the victims”, he added.

The vice president and chancellor, Marta Lucía Ramírez, was committed to regulating the corralejas, not prohibiting them: "Traditions are compatible with prevention and guaranteeing safety." She also questioned the safety in setting up these informal bullrings. “Who does maintenance verification? Who reviews security conditions? These events must end. How many lives lost over and over again with no one to answer?