The coffin of Elizabeth II arrives at the Palace of Westminster, in pictures

The coffin of Queen Elizabeth II is now in the Palace of Westminster in London. 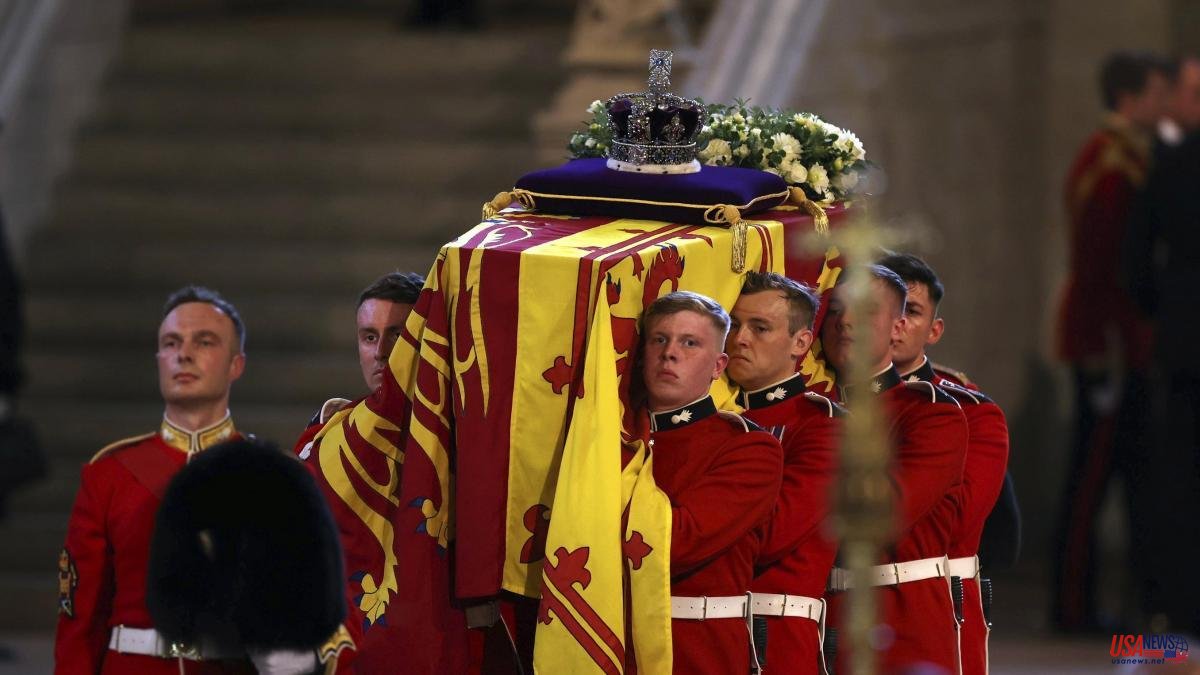 The coffin of Queen Elizabeth II is now in the Palace of Westminster in London. After arriving at Buckingham Palace last night, this Wednesday he has been transferred to one of the most representative buildings in the English capital, where he will remain for four days.

The mortal remains of the British monarch have been transported in a carriage and thousands of Londoners have taken to the streets to bid her farewell. Also, during the four days that the coffin of Elizabeth II will remain in the Palace of Westminster, queues are expected for those who wish to say goodbye to the British monarch.