They were there on the list of guests for Thursday's debate on TV Globo. 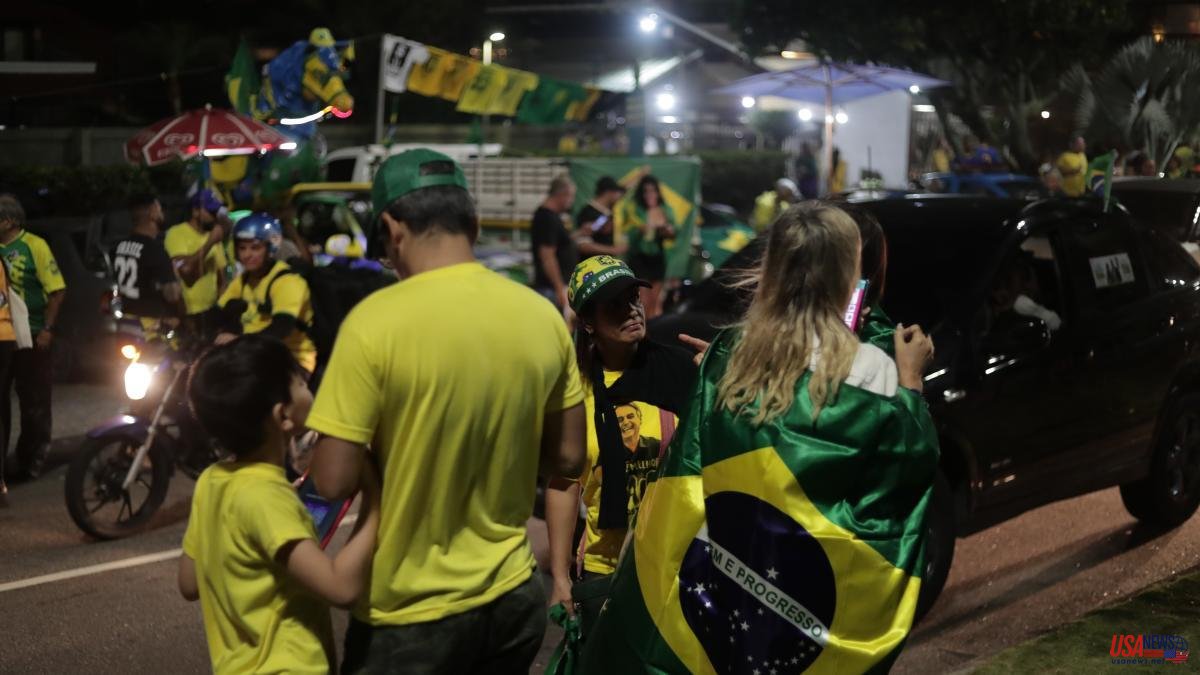 They were there on the list of guests for Thursday's debate on TV Globo. The list included Carlos Bolsonaro, one of the president's sons, Filipe Martins, presidential adviser, and Tércio Arnaud Tomaz, who left the entourage of the head of state to stand for election. They are "the cabinet of hate", the high command of the Bolsonarista digital militias. As the surprising result of this Sunday's elections demonstrates, while the polls considered papa Jair buried, even with the absolute humiliation of the president who fell in the first round, the invisible digital campaign of the telephones indicates that it has been key for what seemed like a miracle from the head of state, by dint of messages, memes and fake news. Lula's corrupt past served as much more powerful fuel than thought.

With 90% of the votes counted, the former trade unionist Lula da Silva was three points ahead of former captain Jair Bolsonaro and with 47% of the votes he did not exceed 50%. This result is as surprising as it is not very novel, really. It contrasts with what the surveys gave. For example, the average number of polls in the Estado de São Paulo newspaper placed Lula at 51%, which would have already given him victory, with a 15-point advantage over his far-right rival. And there is the repetitive, although in recent weeks and months it seemed impossible that it would be repeated. The polls have underestimated Bolsonaro by just under a dozen points, as in the first round of 2018.

In the leadership of the Workers' Party (PT) prevailed these days the conviction that Lula was going to achieve victory in the first round. That was the objective to which they bet all their chips, with a constant call for the useful vote, which must also have been practiced, by the way, by the right. The PT tried to present itself as a great democratic front to liberate Brazil from a president whom they consider to be a fascist and who often puts in enough of his part to make that image triumph.

"Lulism" set itself the very ambitious goal of defeating an incumbent president in the first round, which has never happened, since it is normal for them to win re-election. The reason given by the leadership is the fear of some kind of government coup in the second round, while in the first they saw it more difficult to truncate the inauguration of dozens of Liberal Party (PL) positions, Bolsonaro's force , and their allies.

There is a risk that everything could happen, such as a defeated Bolsonaro refusing to give up power or even losing the PT and being the one to contest the result. It seems impossible, but so was the result that has ended up being produced. The tension seems to be maximum.

Bolsonaro's comfortable victory of around seven points in the largest state by far, São Paulo, was decisive and revealing. In the decisive region of the southeast, Bolsonaro was widely victorious in his Rio fiefdom and that Lula won in the second most populous state, Minas Gerais, while a tie was expected in São Paulo.

In the clear victory of the president in the Brazilian megalopolis, the traces of the "cabinet of hate" and the urban exhaustion of Lula da Silva can be glimpsed, the one that the PT has never wanted to admit, denying that, apart from getting out of jail and to be free of the accusations, there were clear political responsibilities, due to the extensive involvement of party officials in the Lavajato scandal and the previous Mensalão scandal. In the southeast, it is more difficult to forgive everything for Lula, a secular saint in the northwest, for his policy of ending hunger and breaking down social barriers.

But Lula is still a formidable candidate, who, despite everything and as much as the fear of Bolsonario's extreme right helps, managed to overcome the burden of his past and, contrary to tradition, has put himself ahead of the president before the second back In reality, the elections are a championship of hatred, which will not be won by the most beloved candidate, but by the least hated one. There Lula has an advantage, but for what he looks much smaller than expected.