Low-income people have less access to culture, but as much or more willingness to participate than medium and high-income people. 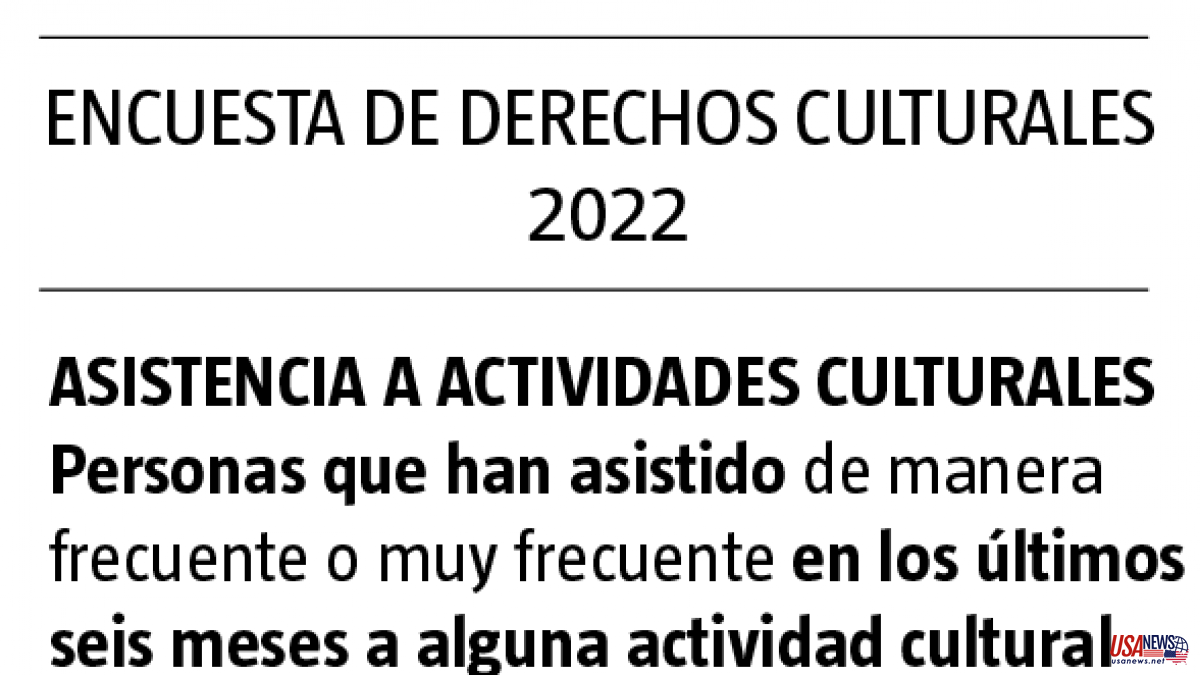 Low-income people have less access to culture, but as much or more willingness to participate than medium and high-income people. This is clear from the preliminary results of the Survey of Cultural Rights of Barcelona that has been presented in an act to Culturopolis.

Although the results and their analysis will be presented around February –the field work just finished on September 22–, they did not want to miss the opportunity to give a first sample in these conferences on cultural rights.

In the presentation, at Paral·lel 62, Montserrat Tort and Assumpta Manils, head and data analyst respectively of the Icub technical office, and the specialist in cultural rights Nicolás Barbieri explained that the survey wanted to mark the evolution of the statistics that they were usually done on cultural consumption to emphasize cultural rights and at the same time investigate what are the inequalities and needs of the citizens of the city.

Regarding the results, Barbieri tried to contextualize some of the data, pointing out the provisional nature of the indicators in the absence of a thorough analysis.

According to the survey, there is still inequality in access to culture in many areas according to income, as shown by the fact that while 16.6% of high-income respondents said they had attended 3 or more cultural activities in the last six months, only 7.1% of low-income neighborhoods had done so. And among those who had not gone to any, the difference was the inverse: from 42.5% of low incomes who had not gone to any, to 24.7 of high incomes who had. Also in the follow-up of the "cultural practice with children" the data maintained the trend in some responses, such as families that tell stories: 68.5% in high incomes compared to 53.1% in low incomes, or visits to library, civic center or similar, from 47.3% in high income to a meager 28.8% in low income.

But that, precisely, does not mean that the needs of low-income families are less, because when asked if "they would like to dedicate more time to some cultural practice", 59.2% of those surveyed in low-income neighborhoods answered that yes, in contrast to 53.9% in high-income neighborhoods. An indicator that on average has grown a lot since the 2019 survey, from 35.5% to 56.6% in 2022. At the same time, the data that assesses the importance of cultural activities or artistic education in the schools and institutes also give relatively similar results regardless of family income.

Since the previous survey was dated 2019, the passage of the pandemic had to come out yes or yes. It was asked "what are the three most important spaces or places for the cultural life of a neighborhood", an open question, and 53.9% of those surveyed answered that the squares, parks or beaches. It was the most repeated response, ahead of classic cultural spaces such as civic centers or similar (41.7%), libraries (41.2%) or theaters and concert venues (13.8%). And there is still more, because sports equipment (9.2%) exceeds museums (7.7%), cinemas (7.6%) or bookstores (1.8%).

In order to find out if these are trends that will continue or not, the survey will become annual, so that it will also serve as a diagnosis to find out what needs to be done to overcome inequalities in access to culture.