Faced with the collapse of the pound, which has reached its lowest against the dollar today that has not been seen since 1971, the Bank of England, in an unusual statement, has issued a note to reassure the markets. 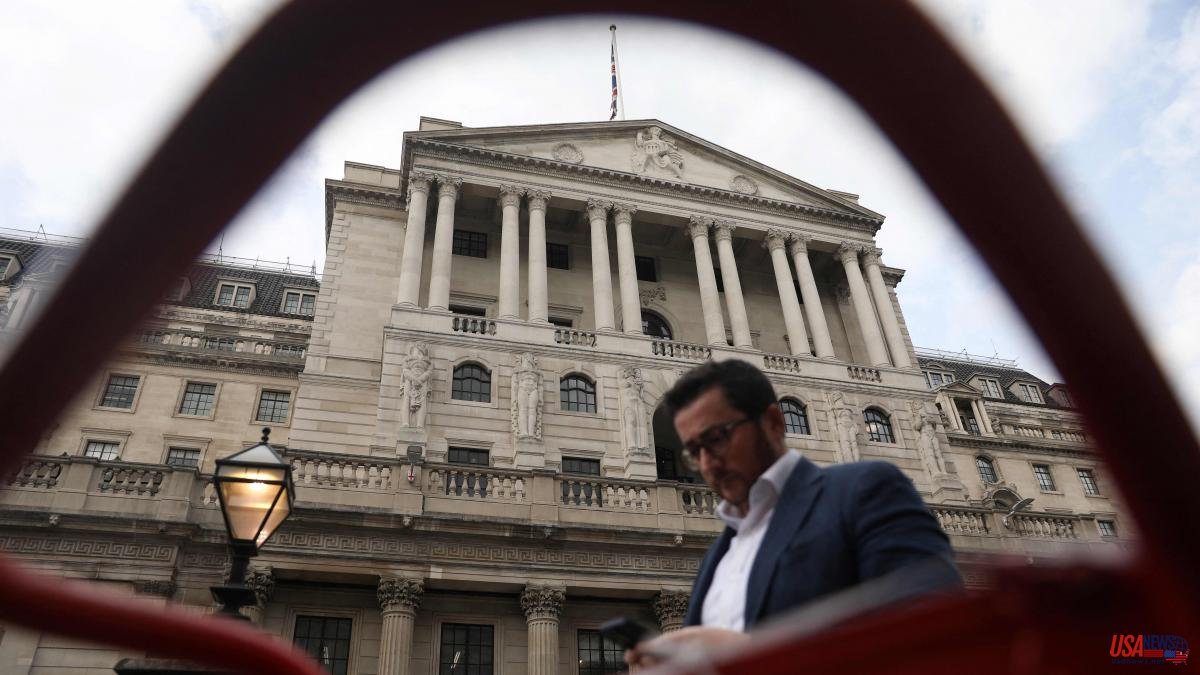 Faced with the collapse of the pound, which has reached its lowest against the dollar today that has not been seen since 1971, the Bank of England, in an unusual statement, has issued a note to reassure the markets.

"The Monetary Policy Committee will not hesitate to modify interest rates to the extent necessary to bring inflation back to the 2% target in a sustainable manner in the medium term, in accordance with its mission." In other words, the central bank will not let the pound sink.

The situation has worsened after the government bond market was also engulfed in a storm, with five-year bond prices on track for their second-biggest daily decline since at least 1991, trailing only the historic plunge in the last Friday. The two-year yield (ie the cost of two-year borrowing for the UK government) hit its highest level since September 2008 at 4.573%, up one percentage point in the last two trading days. This indicator is interpreted as a signal of risk for the economy in the short term.

Why are investors so nervous? Due to the tax reduction plan launched by the new executive of Liz Truss, since some consider that the levels of debt run the risk of being unsustainable, especially if lower taxation is added to direct aid to the most vulnerable.

"At its next scheduled meeting, the Monetary Policy Committee will make a full assessment of the impact on demand and inflation of the Government's announcements and the fall in the pound, and will act accordingly," the Bank was forced to say. Central.

The new government of Liz Truss announced at the end of last week the largest tax cut approved in the United Kingdom in more than 50 years. A generalized tax relief that includes companies, individuals and even social contributions and asset transfers that could add up to 50,000 million euros. The opposition accuses the government of "playing with citizens' money."

All eyes are now directed towards the entity chaired by Andrew Bailey. Some analysts do not rule out that the price of money could rise up to 6% throughout this year. Now they are at 2.25%.