The average salary increase remains below inflation in 2022

With an average inflation of 8. 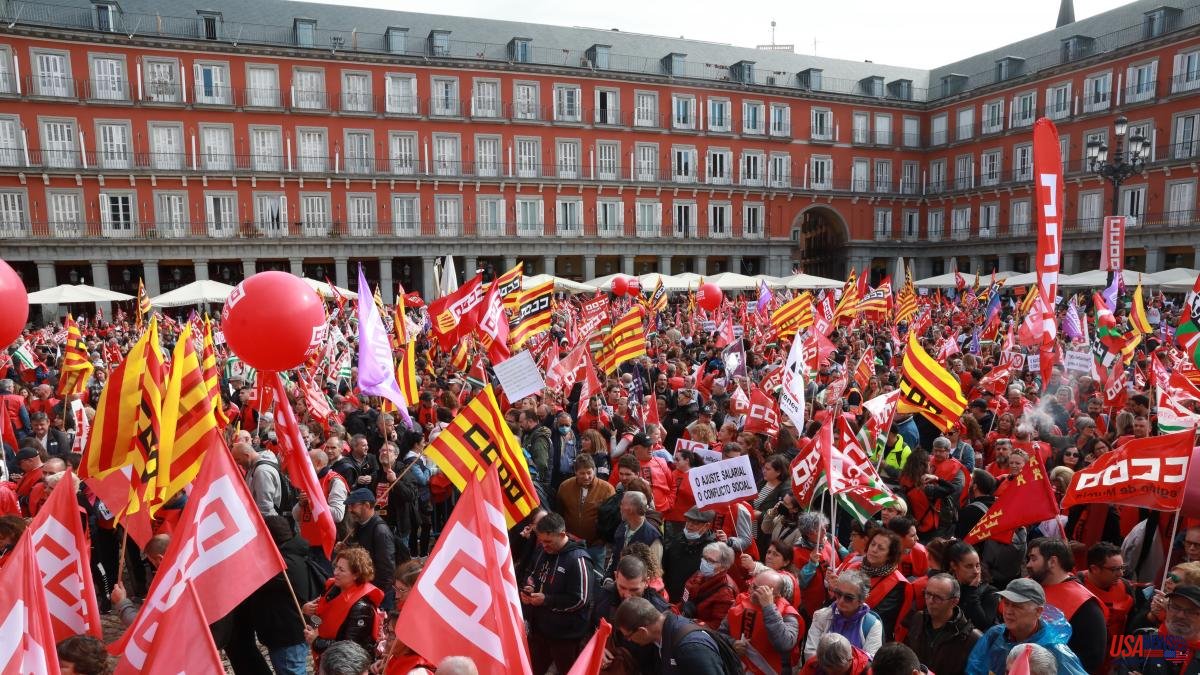 With an average inflation of 8.4% at the end of December, the wage increase agreed in the collective agreements until that month has not even reached 3%. There are five points of loss of purchasing power that are added to those of the previous year. Despite everything, the majority unions are not dissatisfied with the results of the collective bargaining, which has gone by neighborhood. Although they obviously believe that it could be higher.

The biggest increases have been achieved in large companies, especially those where the agreement provided for a salary review clause. In Mercadona, for example, the rise – materialized a year ago in January – was 6.5% under the previously signed guaranteed agreement. In El Corte Inglés it was up to 5.9%. On the other hand, there has been a freeze in other companies.

It is not easy to know how many workers have not seen their salary increased by even one euro in a year in which the shopping basket has become more expensive by up to 17%. One tool is the payroll data from CaixaBank Research. The director of the Spanish economy of the analysis entity, Oriol Aspachs, explains that they have not detected major changes in salary developments. Thus, around 42% of workers have had their salaries lowered or raised by less than 0.5%.

The statistics show that, on average, the payroll of CaixaBank clients rose 2.8% in November compared to the same month of the previous year. It is a percentage similar to the figure agreed in the agreement, of 2.69%.

Mari Cruz Vicente, secretary of CC.OO. Union Action, points out that regarding the salary increases negotiated in 2022 "we do not make a negative assessment" since she recalls that the average is 3.03% in the case of agreements negotiated and signed this year. In the case of company prices, they are close to a 4% increase while those of the sector are just below 3%. Although in her opinion, the highlight is that almost half of the agreements include a salary review clause, which guarantees that if inflation rises more than agreed, it will be corrected at the end of the year. Raymond Torres, director of Coyuntura de Funcas, points out that although it seems low, the salary increase “does not take into account the guarantee clauses, which have skyrocketed. So in some sectors there will be a recovery of the purchasing power lost in 2022. But not in all sectors, which shows the unequal bargaining power of the unions”.

The general secretary of Union Policy of UGT, Fernando Luján, recalls that it was precisely the inclusion of the salary review clauses that made it difficult to reach a framework agreement on agreements with employers.

From the CEOE, they defend that the national agreement of agreements "sometimes it is signed and sometimes it is not, but collective bargaining in our country is open and it is working and we have many examples of territories and sectors such as construction, metal, hospitality... We cannot compare one company with another, one sector with another or an SME with a large company in difficult times like the present”.

Luján adds that with data from Eurostat, Spain – which is the fourth largest economy in the European Union – ranks fourth as the country where wages have risen the least. In the rest there have been high increases such as 6% in Germany or Belgium. "We have no problems with moderate increases, but as long as they can be checked to see if inflation is higher at the end," reflects Luján.

During the year 2022, the collective wage bargaining has taken place without large mobilizations on the street. Luján qualifies that where there has been no agreement and they had representation "there has been a conflict." One of the most notorious cases was that of the Barcelona metal sector agreement.

The refusal of the CEOE to give a guide on the agreed salary increase for 2022 contrasts with the offer that it has made to raise the SMI next year by 4%, up to 1,040 euros. José Luis Fernández Santillana, director of the study cabinet at USO, says that the CEOE puts that percentage on the table because it is practically the same percentage that the Government has raised to civil servants this year.