The 10 black swans that can disrupt the economy in 2023

Unthinkable or unforeseen events, with great consequences and that put the economy at risk. 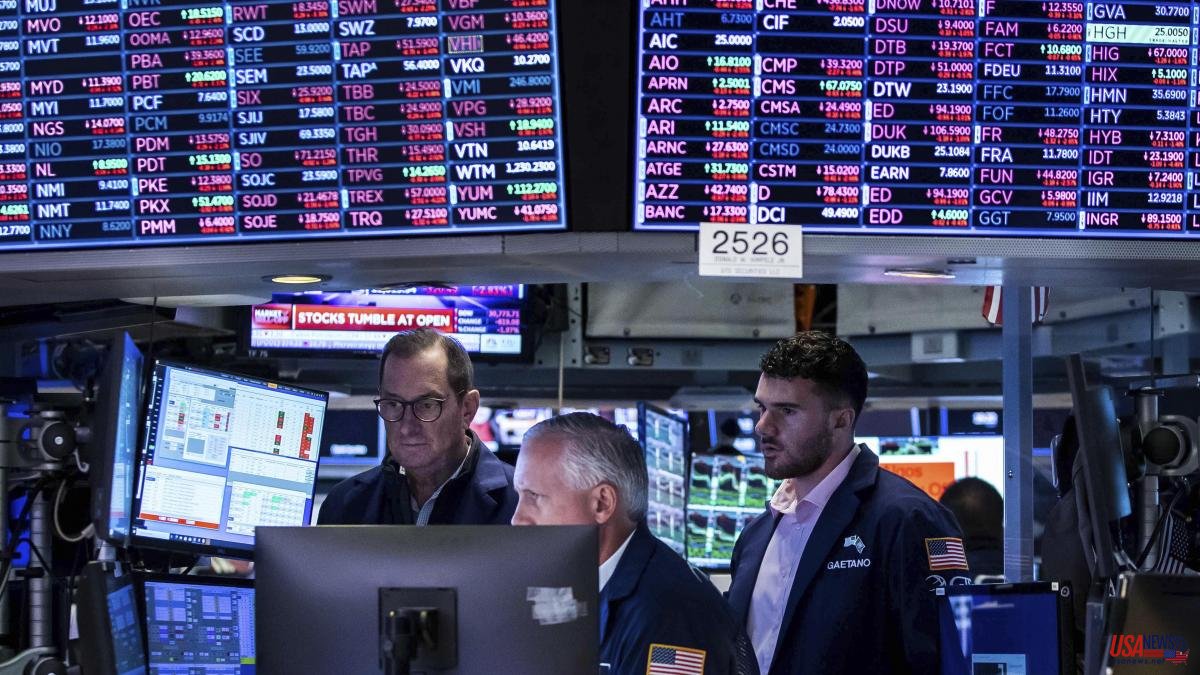 Unthinkable or unforeseen events, with great consequences and that put the economy at risk. The prediction of the so-called black swans, as the covid was in its day, are already a tradition at the end of the year. As every year, the Danish Saxo Bank has released the 10 that could take your breath away in 2023, still marked by war.

Some more likely to happen than others, scenarios span the globe ranging from the fall of the dollar to the reverse of Brexit, and not all of them are as damaging on their own as a grand alliance of billionaires to tackle the problem. climate.

One of the approaches that would most break global schemes. Given that the dollar is a weapon in the hands of the United States and its weight in commercial exchanges, a series of countries not aligned with Washington -China, India, Russia, OPEC members...- create an alternative with a new reserve asset. The countries of the Russian orbit -Iran or Venezuela- fear that the sanctions against Russia will extend to their reserves in dollars, so they join the bandwagon.

What asset becomes the new dollar? A kind of currency indexed to a basket of raw materials, with oil as a major player. The currencies of the countries that join the proposal remain with a fixed exchange rate and leave the IMF in block, which oversees the international monetary system based on the greenback.

As a result, the central banks of countries not aligned with the US cut their dollar reserves, US debt yields rise sharply and the dollar falls 25% against other major currencies.

Geopolitics also has its black swans. An economic and political union that in the middle of a war decides that it is time to put national security at the top of its priorities. But since World War II Europe has been under the American military umbrella, most recently via NATO. And in recent years the war was against terrorism, not like now with the invasion of Ukraine.

The outlook may get worse. "In 2023 it is clearer than ever that Europe needs to straighten out the EU's defensive posture, being less able to trust the increasingly volatile political cycle in the US and facing the risk that it will withdraw its commitment to Europe", is outlined in this scenario. A reaction comes from Brussels: an army of its own will be created before 2028, financed with 10 billion euros in 20 years, which comes from the sale of common bonds.

The big beneficiaries are the European arms groups, they predict in Saxo Bank.

The control of inflation provokes a large-scale intervention in prices. In 2022, extraordinary taxes have already been established for the extra benefits of energy companies, price limits have been imposed for consumers in heating, caps have been set on Russian oil... All of this has a cost that governments have to face, depreciating the currency via inflation.

"In a war economy, the government's hand will expand ruthlessly while price pressures threaten stability," they believe from the entity. The solution is more state intervention. And if in 2023 a further step is taken? Saxo Bank sees a black swan with the control of wages and prices. "Almost every war has brought price controls and rationing, seemingly as inevitable as battlefield casualties." But by not tackling the root of the problem, it will be a failure...

The markets realize that inflation will continue to skyrocket despite what the central banks do. Unable to control prices, the Federal Reserve sees how the opening of China after the end of the zero covid policies raises the prices of raw materials due to the pull of their demand and keeps prices high.

In the end, after a 2022 of doubts, investors trust gold as a safe haven while prices continue to skyrocket. There are plenty of reasons: the "war economy" has been installed and gold is prioritized for state reserves, while fears of recession become real. With this, gold shoots up almost 70% from current levels and is trading at around $3,000 an ounce.

In a context of war, energy transition and support for local industries, which demand more spending from governments, countries are looking for new sources of income. And those who escape to tax havens are a good fishing ground, especially due to lost business taxes. In this scenario, the OECD countries say enough is enough and launch a total ban on the largest tax havens.

There are bases: the EU has a list of countries that totally or partially facilitate tax evasion since 2016, after the Panama papers scandal broke out. So far he hasn't finished with them. Private investment (private equity) or risk capital (venture capital) need them to attract investors from all jurisdictions, they raise at Saxo Bank.

What if the OECD launches a ban against tax havens like Bermuda, the Cayman Islands or the Bahamas? The decision could bring down corporate operations that feed from these countries. Result: "It shakes all the private equity and venture capital industries, closing a large part of the ecosystem and seeing publicly traded private equity firms drop 50%," they point out at Saxo Bank.

A positive note. Digitization, the growth of data centers and the arrival of electric cars will catapult the demand for electricity, already with skyrocketing prices. In addition, fossil fuels are doomed to disappear and renewable energies are not convincing, it is pointed out.

This scenario would cause the companies that have joined the alliance to see their prices skyrocket.

More concern for the environment. The climate objectives for 2030 live a push with the first country that prohibits the production of meat. A third of the cereal that is produced goes to animal feed and 80% of the arable surface is used for grazing, part of it stolen from forests and jungles. Everything causes a loss of biodiversity, soil erosion, water pollution... and a third of the emissions come from food production.

With so much focus on climate goals for 2030 and the search for zero emissions by 2050, measures beyond climate are needed, such as lowering annual meat consumption from the current 70 kilos per person to 24. Some country can take note and set taxes on meat and ban domestic production by 2030. Hope is placed on vegetable protein alternatives.

The measure is a blow to listed companies in the sector that have not promoted their sustainability criteria.

Black swans also put the spotlight on certain countries. French President Emmanuel Macron addresses the people in a televised message. He attacks the opposition for the blockade that has been generated after the legislative elections in June and announces that he is retiring from politics. The euro trembles due to the possible arrival of Marine Le Pen at the Elysée.

How did it get there? After the continuous clashes with the opposition and the blockade, Macron begins to move forward with the great legislative changes and the 2023 accounts on the fast track, leaving the cameras on the sidelines. But in the long run it is not the best way to govern in a democracy, which is why it is proposed to dissolve Parliament and call elections. Seeing that the polls do not bode well for him, he resigns and "decides to fulfill his dream of setting up a startup."

These are not good times for the UK, which is facing a long recession following the Liz Truzz fiscal disaster and a hefty bill for energy subsidies. Added to this are the cuts promoted by Rishi Sunak. In the end, the pound and the British debt suffer from the mistrust of the markets. Unemployment, deficit, economic depression rise...

The scenario generates protests and condemns elections due to the loss of popularity of Sunak and his followers. In the end, the opposition seizes power and promotes a new referendum to undo Brexit, which triumphs. The consequence is that the currency is revalued by 10% with the euro due to the boost of financial services in London with the return to the EU.

The fall of a giant? In recent years, Japan has spent hundreds of billions to support easy monetary policy. In 2023, in an environment of less liquidity in the market and higher interest rates, investors turn their backs on Tokyo and put pressure on the yen, betting on a fall.

The reaction of the authorities is to support the currency, but the effort forces them to burn so much money that the central bank's reserves fall by half. The currency continues to lose ground and the measures that are taken have no effect. From the current 140 yen per dollar, it goes to 200. The depreciation of the currency sinks consumption and real GDP falls 8%, while exports soar as they are cheaper for importers.