That first walk in freedom

Salman, his wife and I had had a tapa sitting in the middle of the afternoon on the terrace of the José Luis on General Oráa Street, in Madrid. 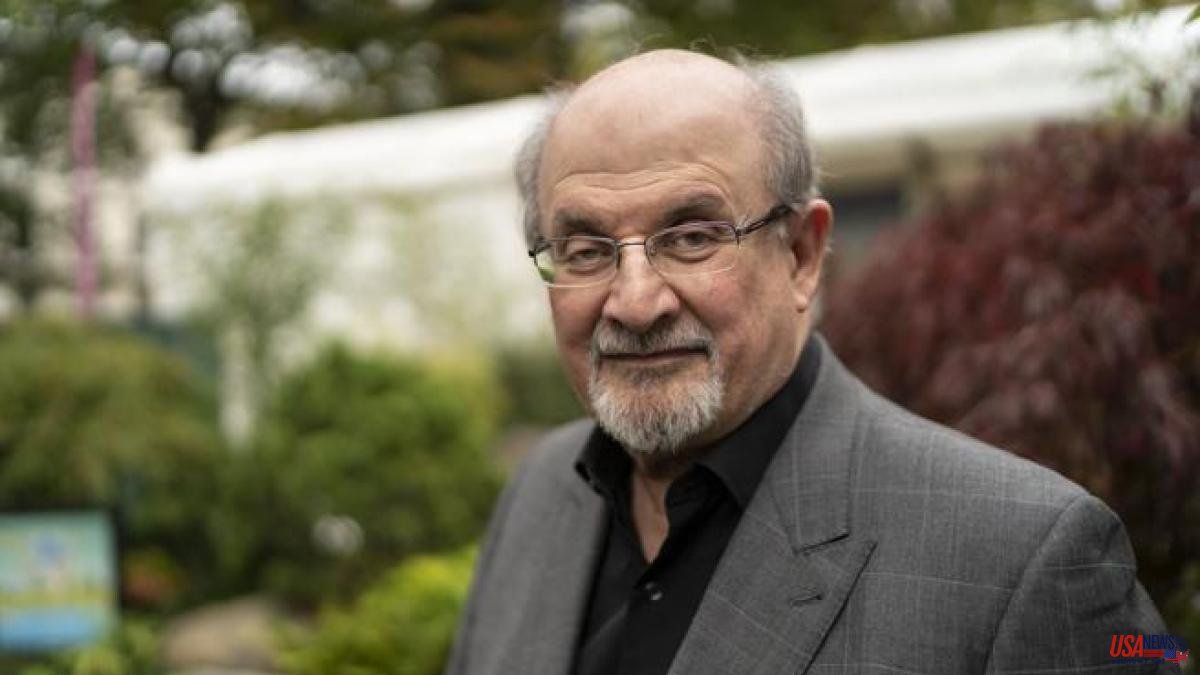 Salman, his wife and I had had a tapa sitting in the middle of the afternoon on the terrace of the José Luis on General Oráa Street, in Madrid. Standing a short distance away, a group of plainclothes policemen kept watch in a not entirely discreet manner. We got up and walked towards Serrano, with the agents close behind us.

Suddenly Salman stopped dead, looked me in the eye and said: “Could you please ask them to give us a fifty meter head start? My wife will go with them.” The police chief was unable to resist and relented.

It was, I think, the year 1995 and he had just published The Last Sigh of the Moor, his first novel after The Satanic Verses. We were in full promotional campaign.

We walked about three kilometers, at a very slow pace, chatting, he completely relaxed, finally. He breathed very deeply, as if it was the first time in his life that he could do it. It was his first walk down the street and in freedom after a few years of absolutely hermetic confinement in London, after the fatwa of Imam Khomeini.

During the long walk, people recognized him. With that sparse hair, the bulging forehead, the sanpacos eyes (to put it with the Japanese neologism that Ray Loriga taught me), he is undoubtedly an unmistakable face. “Very good, Salman!” “Bravo!” people said to him. Some came up to shake his hand. It was really moving and he enjoyed it smiling and relaxed. Pleased.

"I've never done anything like this in London," he said with a wide smile, happy and relieved. I don't remember what we talked about, what mattered was feeling that he was walking like him, forgetting about the escort, as if nothing had happened. As if the fact of having a hilarious and irreverent sense of humor and having used it in a crazy novel could not be punished by any sanctimonious soul. Someone like that wretch who last Friday was unable to contain the blind rage that prompted him to unload so many stabs against the writer.

It is precisely the lack of a sense of humor, and not only that of Muslim fundamentalists, that has become a pandemic. Because during the years of this century the number of beings who, reacting to the acute feeling of helplessness produced by contemporary societies, has not stopped growing, seeking refuge in any belief to feel somewhat sheltered, less alone. Clinging to something they consider sacred, a religion, a country, a skin color… You name it. And, all of them, looking for security and shelter in any of these things or their symbols, would kill whoever dared to profane or take little seriously that artificial mental construction to which they cling.

Since the fatwa, the Norwegian, Japanese, Italian and Turkish translators of that novel cursed by an ayatollah, and also one of its publishers, have been victims of attacks. Many were injured, and the Japanese and a lot of people died in the fire that was intended to destroy the Turk.

Salman Rushdie always defended freedom of thought and writing. He never lost his good humor. He only hesitated once, at first, when he thought these nutters might take pity on him if he swore his respect for the religious sect that had condemned him. It was no use.

And, to defend those freedoms, he agreed to be president of the North American PEN club when he went to live permanently in New York.

We've always kept in touch, he's never refused me a favor, and right now I feel like one of my closest relatives has been stabbed.

Many years have passed and, despite the fact that he often took the situation very lightly, nothing ever happened to him. Until Friday. As I write, he remains badly injured and hospitalized.

I lived by Salman's side a moment as relaxed as the one I was experiencing on Friday in that institution in northwestern New York state when the Beast felt the need to stab him without stopping even when he was already bleeding from many wounds. A blind stab blinded one of the writer's eyes.

The need to take a deep breath, to continue defending freedom of thought, without taboos of any kind or submission to any theological god or of any nature, was more important to him than the fear of the attack.

As a young man, he read García Márquez and said to himself: I can use this to tell the drama of the society in which I was born, the nonsense of hatred between Hindus and Mohammedans. And, with his personal variation on magical realism, he created quite a few extraordinary novels.

Full of humor and grace and charm.

They will continue to be read for many years.