The waters are in turmoil at Manchester United and their new manager, Erik ten Hag, is willing to bring order even if he has to face a world star like Cristiano Ronaldo, who has actively and passively asked to leave the club this summer. 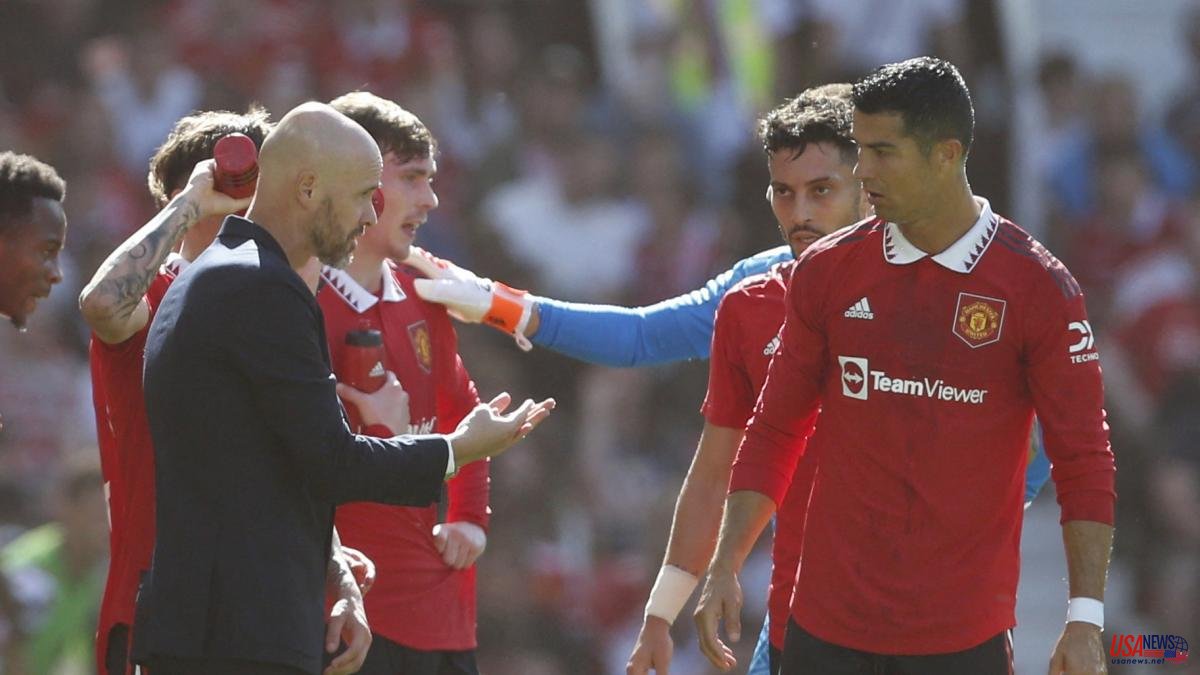 The waters are in turmoil at Manchester United and their new manager, Erik ten Hag, is willing to bring order even if he has to face a world star like Cristiano Ronaldo, who has actively and passively asked to leave the club this summer. The Dutch coach will not allow a lack of discipline within the red devil dressing room, even if it is the Portuguese striker.

Several players, including Ronaldo, left Old Trafford before the end of the friendly match against Rayo Vallecano last Sunday, an attitude that the Dutch coach strongly condemned in an interview for his country's Viaplay Sport Nederland. "More players did that. I don't accept it. Absolutely not. That's unacceptable," he said.

Ten Hag is clear that he can only succeed at the Manchester club if the strength of the group prevails. "We are a team, we are a squad. You have to stay until the end," he added. Ronaldo, who made his preseason debut with United against the Spanish team, started and played the first half. He was substituted at half-time and later left the venue along with other teammates.

The Portuguese missed both goals of the match, the first coming from his substitute Amad Diallo in minute 48 and nine minutes later Álvaro García's final equalizer. Manchester United presented a team full of substitutes in what was the first game of the preseason in front of their fans.

Regarding Ronaldo's absence during the tour of Thailand and Australia, Ten Hag ruled out that it was due to his intention to leave and referred to the official version of the club, which attributed it to family reasons. "He was absent due to personal circumstances," explained the man from Haaksbergen, who at the moment keeps the team's top scorer last season in his ranks.

In one of the few moments that they have been seen to speak publicly, during a break in the middle of the match against Rayo, the former Ajax coach and Ronaldo disagreed on some tactical aspect, as their gestures implied. The man from Madeira reappeared at United's facilities in Carrington on July 26 accompanied by his representative, Jorge Mendes, with the intention of reaching an agreement with the club for his departure to a Champions club.