In securing control over Afghanistan, the Taliban will face a major challenge: money. 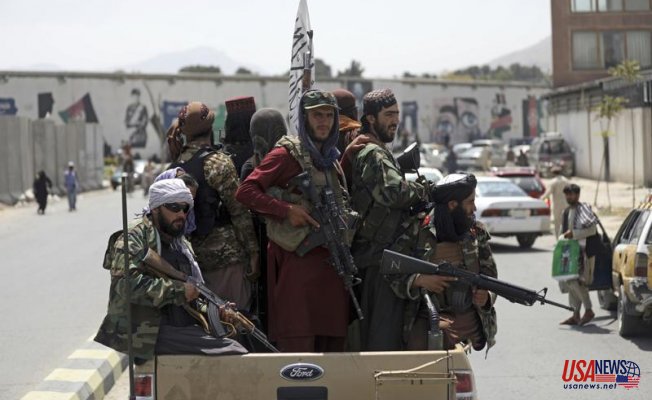 Despite their dominant military blitz over the past week, the Taliban lack access to billions of dollars from their central bank and the International Monetary Fund that would keep the country running during a turbulent shakeup. These funds are controlled largely by the U.S., international institutions, and could be leveraged as tensions rise at Kabul's airport. Tens of thousands more people must be evacuated before the August 31 deadline by the United States to withdraw troops from Afghanistan.

The Taliban do not have the necessary institutional infrastructures to receive the money. This is a sign that it may face challenges as it attempts to manage an economy that has tripled its size and urbanization since it was last in power 20 years ago. This could cause an economic crisis which would only fuel a deeper humanitarian crisis for the 36 million Afghans who are expected to remain in Afghanistan.

Anthony Cordesman, who worked at the Center for Strategic and International Studies and advised the U.S. government regarding Afghanistan strategy, said that "if they don’t have jobs they don’t get fed." "The Taliban must find an answer."

The U.S. government's only source of pressure over the Taliban is the stranded money. Cordesman said, "To create a pressure point you must be open to negotiations in ways that the Taliban can accept."

The Taliban government is unable to access nearly all of Afghanistan's reserves of $9 billion. Most of this money is held by New York Federal Reserve. Afghanistan was also scheduled to receive $450 million from the International Monetary Fund on August 23. However, the International Monetary Fund has effectively blocked this release due to a lack of clarity regarding the recognition and legitimacy of a new Afghan government.

Although the money would make it easier to run the Taliban, officials from the government have said that they aren't sure who the point of contact for financial matters in Afghanistan. President Joe Biden conceded that he doesn't know whether the Taliban want to be part of the broader global economy -- which means it might be comfortable going without any funds.

Biden said Wednesday that he believes they are in an existential crisis over whether they want to be recognized as a legitimate government by the international community. "I don't think they do."

Douglas Rediker, a Brookings Institution fellow, stated that even if the Taliban were able to get money from IMF, the process would take "months at the earliest," if not longer. However, he believes the United States will find a way block any money being released through IMF.

Rediker stated that the U.S. "still retains a lot political heft in global, political, and economic systems to turn some arms," Rediker added. "The Taliban will not be popular."

The average Afghan lived on less than one dollar per day when the Taliban ruled Afghanistan 20 years ago. According to the World Bank, per capita gross domestic product increased almost threefold during wartime. Afghanistan has gained access to global economic institutions, including mobile phones, Coca-Cola listings and Airbnb listings. Afghanistan was also heavily dependent on trade, with $8 billion in imports each year. This is almost 10 times the amount that was exported.

You can see the extent of the problem at the closed Afghan money exchange market. When the Taliban took Kabul, currency trading was stopped. The currency of Afghanistan could plummet without the ability to exchange it or the backing of dollars entering the country. Inflation could increase and violence could continue.

Aminullah Amin (a currency exchanger) said Friday that there were concerns about looters as well as the structure of the new government. The economy would be affected by the insecurity felt among Afghans.

Amin, who was present at the looting of Kabul's district police headquarters following the Taliban's seizure and seizing of Kabul's capital, said that "We haven’t decided to reopen markets yet."

Zabihullah Mujahid, a Taliban spokesperson, said that they want good relations with other countries. He also stated that Afghanistan will not be used as a base of attack. He said that the Taliban would not tolerate any threat against "our principles" and "our independence."

Director of the Asia program of Crisis Group, an international think-tank, Laurel Miller said that Afghanistan is still a poor country with many humanitarian problems and challenges.

While the Taliban have still access to the revenue streams that supported the insurgency's growth, that won't be enough to support a central government with greater control over the country. The movement must balance its image internationally with the support of their ranks and file, the ultraconservative Muslim fighters who brought it to power.

With other countries eager to exert influence in the region, the Taliban may have greater success. China is keen to see stability in Afghanistan. It also has close relations with Pakistan, which has been working for change there for a long time. According to a U.S. government 2010 report, Afghanistan had $1 trillion in metals and minerals. This includes lithium and rare earths which are highly valuable in an increasingly computerized world.

Miller stated that China's actions are a major question mark in the financial picture.