Tale of a wild Barça

The first fairy tale of European football – a little Czech literary gem from 1922 translated for the first time into Spanish – portrays a Barça with almost murderous instincts. 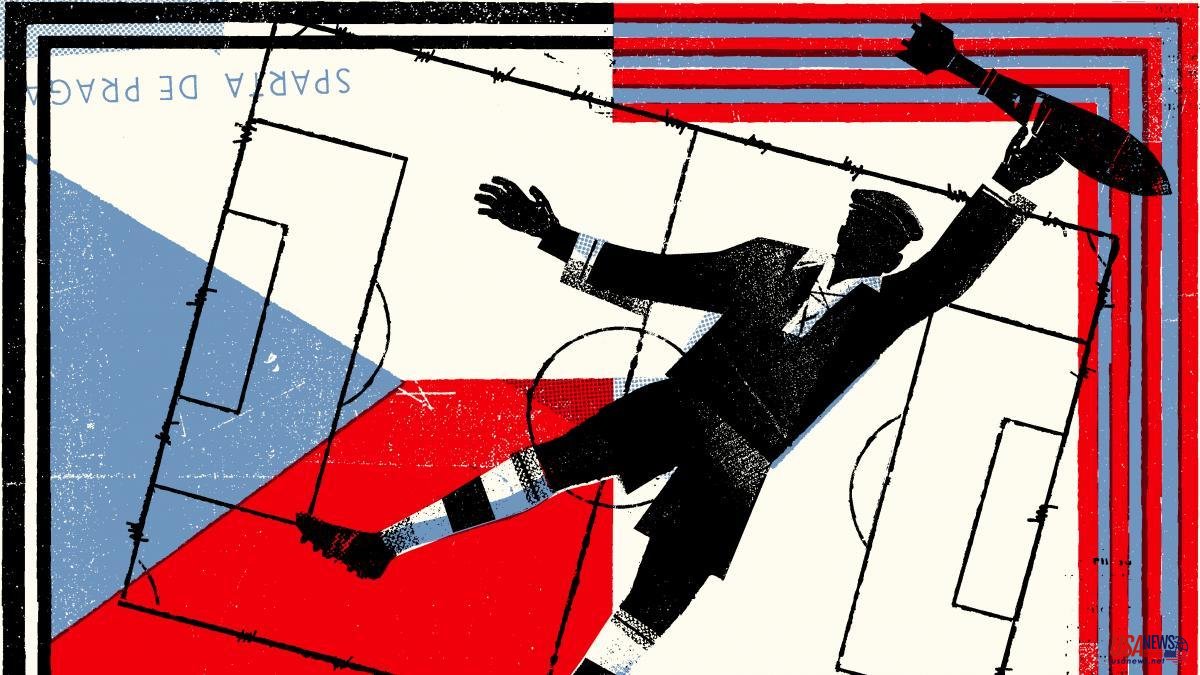 The first fairy tale of European football – a little Czech literary gem from 1922 translated for the first time into Spanish – portrays a Barça with almost murderous instincts. What if reality was just the other way around?

It is a hurtful goal for Barcelona Football Club for the entire literary squad.

Written in 1922 by the Czech journalist, actor and singer Eduard Bass, The Snapping Team is the first European football fairy tale. A story for children and adults, a magical song to the honest effort to achieve unexpected goals. A jewel of Czech literature that Sushi Books publishes for the first time in Spanish.

It tells the story of a Bohemian peasant who sells a goat, buys two balls, turns his eleven children into a soccer team and blows it up.

With a tender and ironic pen, and sharp reflections on the monarchy or the soul of the sport, the novel begins with the eleven young Snapping men quickly striking down all the divisions of Czechoslovakian football: they score 122 goals without conceding any.

The team then begins the tour of a Europe that surrenders to its legs to, between poetic and fabulous adventures, end up winning the world championship – eight years before it existed! – in the city of Sydney, the antipodes of its cradle Czechoslovak.

On the opening tour, the Snapping Teeth take on seventeen major European teams. All civilized. Except Barça, whom he portrays with almost murderous instincts. Amusing and poignant, the little novel describes the Barça board and players sadistically enjoying themselves while debating how they will break the body of the Czechs.

“The best thing will be to knock them out from the start. I have not yet seen a midfielder who saved a situation with a broken rib”, proposes a Barça player.

"Bravo! the others shout. We better break three of them! Just in case!".

"Magnificent," they shout. That way we can score all the goals we want!”.

The president of the club discards the idea of ​​injuring all the Czechs because, if there was no one left in front, Barça would always be offside [at that time, if a player was injured he could not be substituted], and opted for the proposal to liquidate the battering rams and the midfielder.

"If it's not enough," he tells his players, "I'll whistle the national anthem for you and you'll end up with the full-backs and a defender. And if it is not enough, we will break the center line, according to the third proposal”.

Citizens are very complicit in crime. “The next day –says the narrator– all of Barcelona was aware of it and an enormous joy took possession of the city”.

The newspapers published the photos of two battering rams and the Chascadientes midfielder “demonstrating, based on historical, political, biological and mathematical data, that they were savages that Barcelona should watch closely. In all the barbershops, taverns and bakeries, people laughed and put crosses on the three photos, meaning that they were finished forever.

Old Snaptooth noticed "something hostile and insidious" in the air of Barcelona, ​​and took to the field "an enormous suitcase that he had bought in Berlin, and whose contents were a mystery to the boys."

To the "consternation" of Barça, the Chascadientes jumped onto the field clad - "to save their lives" - in inflatable rubber armor. With long ball shots due to the rebound effect and exhausting the azulgranas, they won 31-0. The toilets treated 275 culés victims of a patatús "due to rabies" that day.

Did Eduard Bass – a cabaret entertainer in Prague between the wars – play fair with Barça in his literary hymn to fair play? Ours, from Cabaret, suspects that it was just the other way around.

When Bass was writing the novel, Sparta in Prague opened the amazing Estadi Català de Montjuïc with two games against Barça, on Christmas and Sant Esteve in 1921. Sparta arrived with a lot of Czech press, perhaps Bass himself, and with fame Snapping – He had won 61 of the 62 games played that season.

It was a great friendly, with the Catalan fans geologically integrated into the precipices of La Foixarda, but the good vibes ended after the exchange of the flags of Catalonia and Czechoslovakia. The chronicles of La Vanguardia and Mundo Deportivo tell it.

“The Czechs abuse foul play, they incur hands and the public starts screaming. The tricks tarnish his magnificent football. (...) The game gets dirty at times. (...) They insist on their grabs, and ours now answer in the same way. (...) Emotion and violence on both sides, especially for Sparta”.

“Alcántara [Barça captain] is going to shoot, but Kolenaty trips him up. Getting carried away by nerves, Alcantara commits the reprehensible action of kicking Kolenaty and the game has to be stopped again.”

Fed up with provocations, Alcántara's kicks to the Czech reinforce the suspicion that those two games marked Bass: in his work, Alcántara is the player who launches the first idea of ​​how to hurt the Czechs and the only Barça player who comes up with his name .

The novel revels in him: “Alcántara was so furious that, for no reason, he jumped with both feet on Tonik's chest”, and he flew off due to the rebound effect of the rubber.

“There are frequent and strong clashes –reports the royal party press–, Spartan forwards and midfielders roll on the ground despite their corpulence. (...) Kada and Sancho enter a ball at the same time, tumbling out. The game is interrupted for a long time, and while Kada is being healed, Sancho is bandaged on his head. The wound stains the bandage with blood, but he will play the entire match with admirable tenacity”.

“Perner makes an ugly charge at Piera, who is moving fast towards the Czech gate. Two players enter him dangerously, but he dodges them and they are the ones who take a huge hit. The public screams."

“The Czechs were without a doubt the first to take the cleanliness out of the game, but this cannot justify being scolded as it was, an unfortunate coercion”.

"Our public has to get used to witnessing the hard game played by many of the great teams whose visit is announced to us."

A year earlier, Barça had received a visit from Slavia Prague and it was even worse. “[the Czechs] have been lavish in rudeness, dirt, incorrectness. Very unfortunate. The match was tough, very tough, excessively tough”.

The spectacular toughness of those Czech friendlies was the start of many things. “I have always believed –said Samitier– that Sparta's visit was decisive for Catalan football. Since those games, the public grew like foam”.

The memory of a Barça killer reaches the final pages of this cult novel, with the Crackers shipwrecked on their return from Australia and almost devoured by a cannibal tribe from the South Pacific. They manage to escape clad in the inflatable rubber armor that they used "during the famous confrontation with the savages of Barcelona."

[I talk about this discovery to a friend from Barcelona, ​​Enric: “It's what we need now –he answers–. A wild Barça”].