Surgery is the new sex: the return to

"I'm sure there will be dropouts in the room" David Cronenberg predicted a few days ago to warn of the shocking images it contained of his latest work. 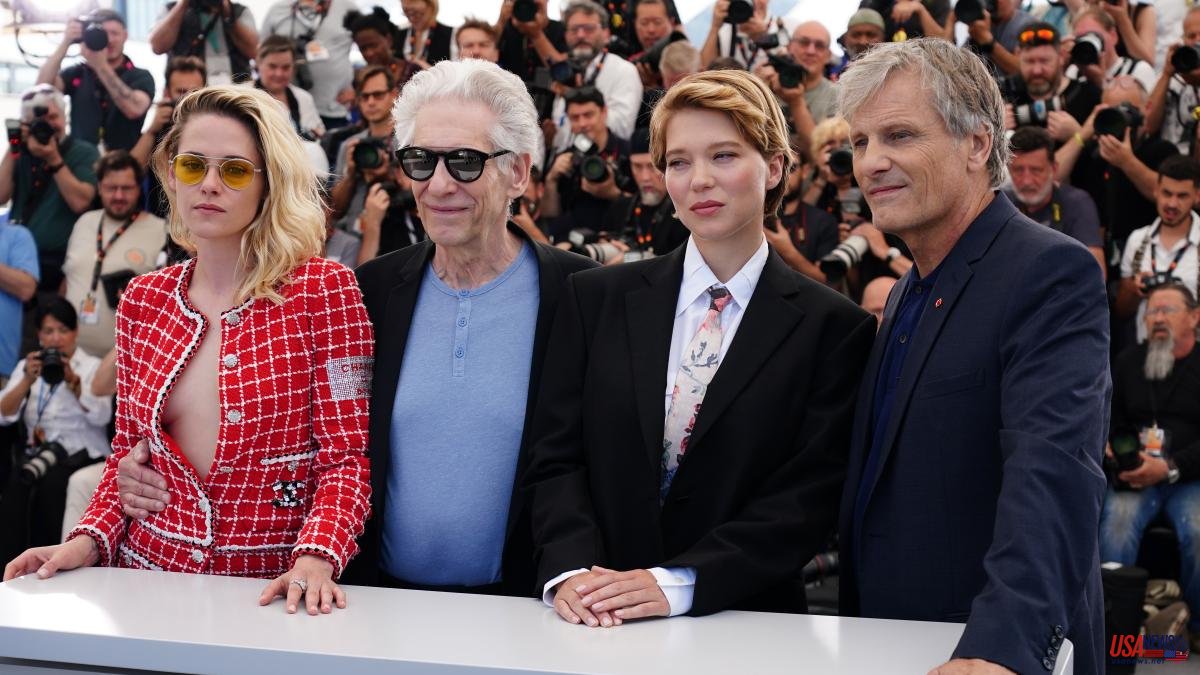 "I'm sure there will be dropouts in the room" David Cronenberg predicted a few days ago to warn of the shocking images it contained of his latest work. Crimes of the Future, for which he returns to the Cannes Film Festival eight years after Maps to the Stars, caused some of the world premiere attendees last night to get up from their chairs, but the film was generally well received and even starred a standing ovation for six minutes.

It promised to shock and there is no denying that Crimes of the future is pure Cronenberg. However, the surprise effect fades in this dystopia that takes us to a synthetic world where human beings have stopped feeling pain. The Canadian provokes and impacts although he does not discover anything new. Of course, like most of his works, it is not suitable for delicate stomachs: surgeries with organs in the foreground, the autopsy of a child who has been suffocated by his mother, a being with eyes and mouth sewn with ears adorning his body...

It has been 20 years since the director of The fly had written the script for the film, which was parked. Producer Robert Lantos proposed that he review the text again during the pandemic and in it he returns to the term of the new meat that he coined almost four decades ago with Videodrome, where video could control and alter human life. It was born with that concept as a kind of new religion that inevitably invited the fusion of the human body and the machine in an attempt to adapt to the future.

And it is this renewed concept that once again dominates the story developed in Crimes of the future with Viggo Mortensen and Lea Seydoux as a couple of performance artists. She is a former trauma surgeon and he has a body full of tumors that is left to be operated on by a machine in a public display before the flashes of people's cameras. The transgressive art accumulates audiences eager for morbidity in a dark and disturbing world where people play to open their bodies with knives in the middle of the street in search of new sensations, in the style of what the heroine meant in the eighties.

In this nameless city decorated with graffiti, surgery has become the new sex. They don't make love like before. The scars, the sight of open human flesh and blood have risen in the eroticism of that apocalyptic era. The human body is mutating, it needs new organs and food, like plastic. In fact, one could say that the film works as a huge metaphor for the consequences of climate change. A most pessimistic view.

"When I wrote the script, there was no mention of microplastics, but a recent study indicates that traces of microplastics have been found in 80% of the human bodies analyzed." "One option would be to clean all the oceans and human bodies of microplastics, but I don't think that is very plausible. So the alternative is to accept it, it is a theoretical suggestion but there is some truth to it, there are scientists who are investigating the possibility of eating plastic" , Cronenberg told a packed press conference that started 15 minutes late.

The filmmaker, who displayed a good dose of humor during his speech, explained that all his films are very intimate, "what I have filmed the most in my life is the human body and what I propose is a discussion of the human condition from of the body", and that he did not think of Videodrome or eXistenZ to create Crimes of the future.

He has also launched a dart against the United States for the Roe-Wade case, in reference to the expected Supreme Court ruling that could withdraw federal protection for abortion. "This is real body horror. America has gone completely insane. There is always a government somewhere in the world that wants to control its population."

On the other hand, everything has been words of gratitude for his actors and both Mortensen, a fetish actor with whom he has collaborated in Eastern Promises, A Dangerous Method and A History of Violence, Seydoux and Kristen Stewart, who plays the person in charge of the Registry Nacional de Órganos, have blessed working with him on a set where "jokes abounded".

The director of Crash, a cult film that combined eroticism and car accidents, won the Jury Prize in 1996 and is a story that notably influenced Julia Ducournau with Titane, the winner of the Palme d'Or in 2021. At 79 years old Cronenberg appears to be crying out to be blessed with the prestigious award after five failed attempts. He deserves it? Definitely not.