Spring begins: Check all the concerts

The Primavera Sound festival returns this year after having to cancel the celebration of its twentieth anniversary in 2020 and 2021 due to the pandemic. 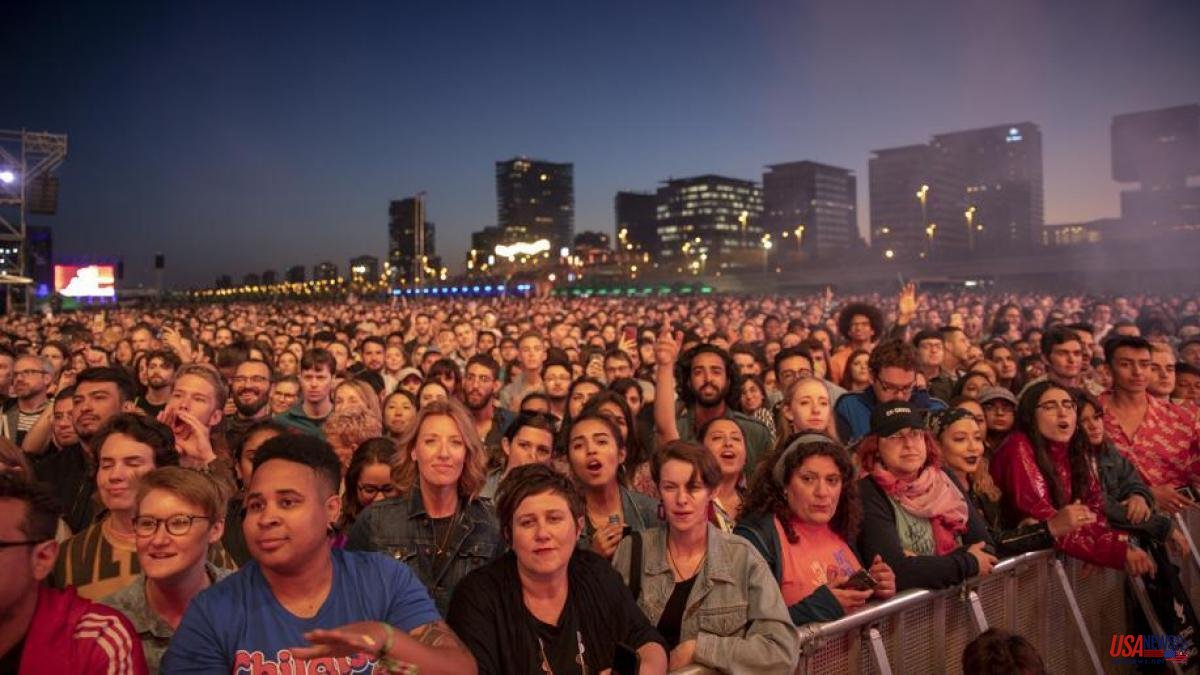 The Primavera Sound festival returns this year after having to cancel the celebration of its twentieth anniversary in 2020 and 2021 due to the pandemic. The event aims to recover the absence of the two previous editions by extending over two weekends, thus becoming the largest festival in Spain.

Primavera Sound 2022 starts today and will last until next Sunday, June 12, offering some 500 concerts in total that are expected to bring together more than half a million attendees. Although the main program is concentrated on the weekends from June 2 to 4 and from June 9 to 11, between these dates the Primavera a la Ciutat will be held, in which 14 venues in Barcelona will host nearly 200 performances.

This is the search engine developed by La Vanguardia to find out which artists will perform in this Primavera a la Ciutat, as well as their schedule and the stage where the concerts will take place.

However, the great performances of Primavera Sound will be at the Parc del Fòrum on the first two weekends of this month. This infrastructure, of 160,000 square meters, has a capacity for 75,000 people. The headliners of Primavera Sound 2022 will pass through there, as well as hundreds of other artists whose fans have long been waiting to see them live.

The Californian indie rock band Pavement and the Australians Tame Impala are in charge of opening this acclaimed edition of Primavera Sound, being the headliners this Thursday, June 2, when the macro-event will kick off at the Fòrum. The musical project Tame Impala will perform again on Saturday, June 11.

This first day other artists such as Bad Gyal, Dinosaur, Kim Gordon, Sharon Van Etten and I have it, among others, will also take the stage.

Californian musician Beck and New York bands The Strokes and The National are the main artists that will take to the Primavera stage on Friday, June 3. Beck will repeat at the Razzmatazz room on Sunday June 5th as part of Primavera a la Ciutat, while The Strokes will perform again at the Fòrum on Friday June 10th.

Other artists who will offer a concert this Friday June 3 are Amaia, who will present her new album When I don't know who I am, the Irish Fontaines DC and the British Little Simz.

For her part, the British singer-songwriter Jorja Smith will offer another concert on June 7 at Sala Apolo and on June 8 at Parl·lel 62, within Primavera a la Ciutat, as well as repeat as headliner at the festival itself on Saturday 11 of June. Rapper Tyler, the Creator will also do it on Thursday, June 9.

The rock band Bauhaus and the Spanish singer María José Llergo are other prominent artists who will perform this Saturday, June 4.

The first day of Primavera Sound's second weekend, Thursday, June 9, is headlined by Dua Lipa and Interpol, as well as the aforementioned Gorillaz and Tyler, the Creator. The American band Interpol will have already performed the day before in the Sala Apolo, inside the Primavera a la Ciutat.

On Friday, June 10, it will be Lorde's turn and, again, The Strokes as headliners. On the same day, the Scottish band The Jesus and Mary Chain, the singer M.I.A. and Rigoberta Bandini.

The day the festival closes its doors at the Fòrum, Saturday June 11, has been reserved for Yeah Yeah Yeahs and, once again, for Tame Impala. The other artists headlining the bill are Jorja Smith, Megan Thee Stallion and Phoenix. In all three cases, the day before they will have performed at the Primavera a la Ciutat.

Likewise, on June 11 it will also star the return of Antònia Font, the Galician Sen Senra and the Catalans Renaldo