In its struggle to gain weight in the South Pacific region, China suffered a setback on Monday by not achieving the necessary consensus for the signing of a security and trade agreement proposed by Beijing to a dozen countries in the area. 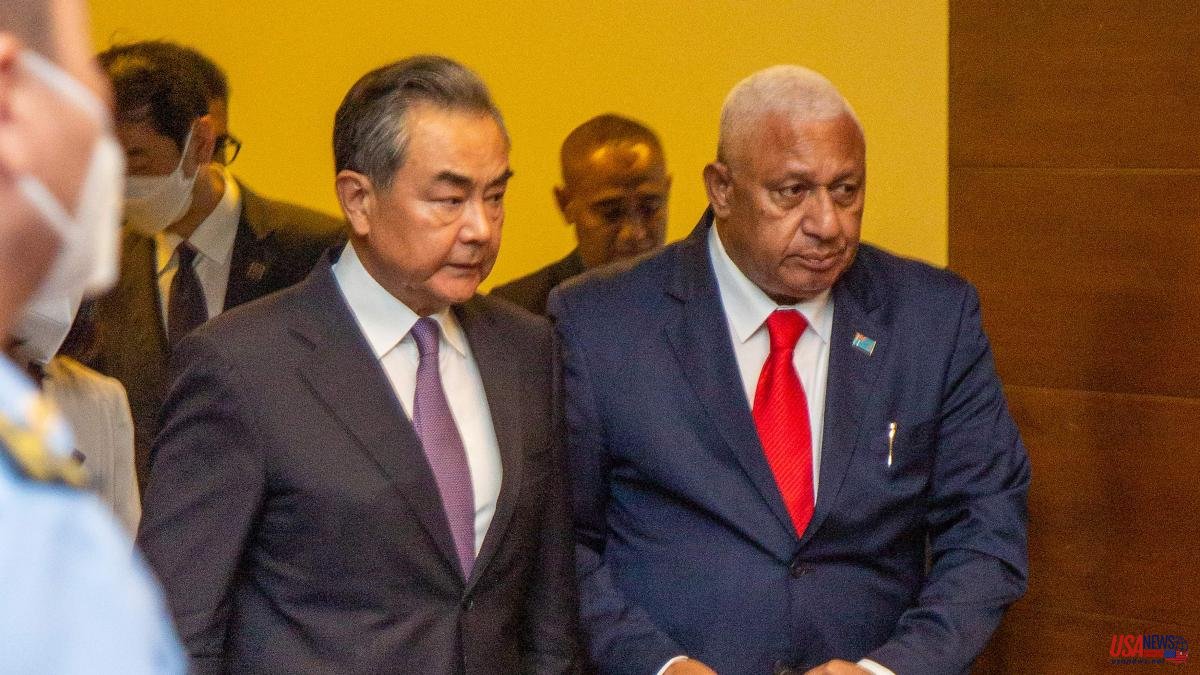 In its struggle to gain weight in the South Pacific region, China suffered a setback on Monday by not achieving the necessary consensus for the signing of a security and trade agreement proposed by Beijing to a dozen countries in the area. His rejection cushions for now the recent alarms launched by the United States or Australia, which are suspicious of the increase in Chinese power in an area traditionally under their influence.

The Chinese initiative was revealed last week shortly before its Foreign Minister, Wang Yi, began a ten-day tour of the region to visit eight nations with which they maintain diplomatic relations.

The draft leaked to the press contemplated a much closer relationship between Beijing and those territories in terms of security - training of police forces, cybersecurity - or economy, with millions of euros in assistance or the prospect of a free trade agreement. In return, the Asian giant was seeking greater access to the area's natural resources or the ability to design highly detailed marine maps of those waters.

That plan was discussed this Monday during the virtual meeting that Wang held from Fiji with his counterparts from the Pacific Islands Forum: Solomon Islands, Kiribati, Samoa, Fiji, Tonga, Vanuatu, Papua New Guinea, Cook Islands, Niue and the United States. Federated States of Micronesia. However, it was not possible to reach an agreement between them, although the exact details about what or who caused the dissent are not yet known.

"In the future, we will continue to have continuous and in-depth discussions and consultations to shape a greater consensus on cooperation," Wang said during a later press conference with Fijian Prime Minister Frank Bainimarama.

Although without giving a date, the foreign minister said that they will publish their own document on China's position and proposals in the region. He also stressed that his objective is to help the "development" of countries, in a veiled response to those who accuse him of seeking to extend his influence. "Don't be so anxious and nervous, because the common development and prosperity of China and other countries will only bring harmony, greater justice and greater progress," he added.

For his part, the Chinese ambassador to Fiji, Qian Bo, acknowledged that some of the countries have expressed "concerns about some specific issues", without providing further details, differences that the Fijian Bainimarama also assumed. "As always, we put consensus first," he added.

Traditionally an area of ​​Australian influence, China's interest in the region has grown in recent years as its economic, political and military weight increases. Making use of its abundant funds, Beijing has established several trade agreements with the nations of the area, which sometimes feel forgotten by the Western powers and urgently need to find remedies to challenges such as climate change.

In return, the Asian giant has reaped political achievements -Kiribati and the Solomon Islands recently severed diplomatic relations with Taiwan in their favor-, greater access to vast ocean areas or potential votes in their favor in international organizations.

His last blow of effect came in April, when the signing of a security agreement with the Solomon Islands was revealed. The pact, which allows the archipelago to request the sending of Chinese troops, made Canberra and Washington suspect that its ultimate goal is to establish a Chinese military base on the island territory. Beijing and Honiara have repeatedly denied this.

Despite today's setbacks, Wang has managed to score several goals these days. After passing through the Solomon Islands, on Friday he signed a dozen agreements with Kiribati that range from greater economic cooperation to specific projects such as the construction of a bridge.

A day later, already in Samoa, a bilateral agreement was signed for "greater collaboration" between the two. Also in Fiji, it closed at least three agreements that expand its cooperation in economy, trade, agriculture, fishing, tourism, civil aviation or education, among other aspects.

Wang is scheduled to continue his trip to Tonga, Vanuatu, Papua New Guinea before ending in East Timor, the only country on his tour not present at today's meeting.