Sánchez resists the Andalusian earthquake: "The Government is strong, there is a legislature until the end"

“There were better days”, admit the socialists before the electoral blow suffered in Andalusia. 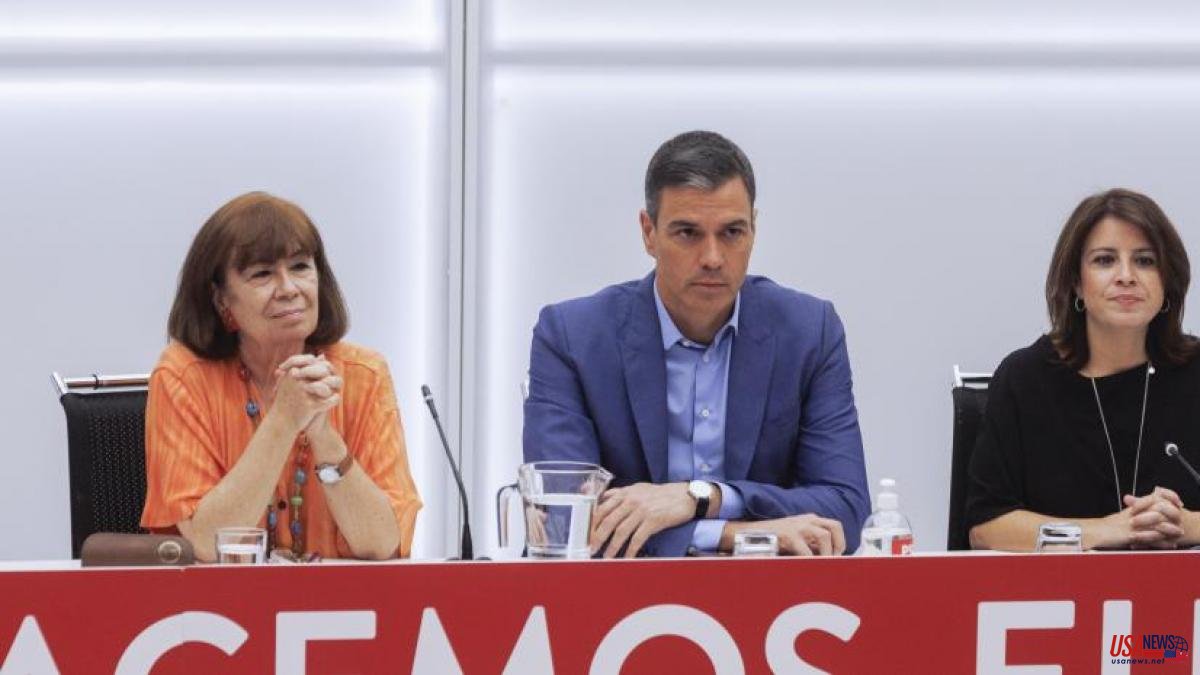 “There were better days”, admit the socialists before the electoral blow suffered in Andalusia. But Pedro Sánchez resists the Andalusian earthquake, denies a change in the political cycle throughout Spain, rejects extrapolations of the disastrous result of 19-J and does not anticipate whether he will undertake changes in the Executive to avoid an image of weakness or destabilization. "The Government is strong, it is solid, and there is a legislature until the end", defended the head of the Executive in the meeting that he held today with the federal executive of the PSOE, as Ferraz's spokesman explained at the end of the meeting, Philip Sicily.

An appointment in which, according to Sicilia, no critical voices have been heard, although there has been a unanimous call for reflection. "The result is not what the PSOE expected, they are not good results", the Socialist spokesman admitted. The reason, as analyzed at the Ferraz meeting, is the accumulation of conditioning factors that occurred this Sunday at the Andalusian polls, all adverse to the PSOE. In the first place, that the traditional socialist electorate largely opted, as happened in 2018, to stay at home. "We have not been able to mobilize our electorate," Sicilia acknowledged, according to the unanimous consideration of the executive. Secondly, the division of forces to the left of the PSOE led to the loss of votes and seats, and the electoral remains in many provinces thus opted for the PP, which also absolutely capitalized on the disappearance of Ciudadanos and also again added voters who in the last elections they went to Vox. "Mistakes have been made," Ferraz's spokesman has assumed, especially by not achieving the sought-after mobilization of the socialist electorate. “There has been a great demobilization”, he has recognized as the key to the socialist defeat.

Sicily has also pointed out, as another of the reasons for the bad electoral result on Sunday, that the candidacy of Juan Espadas barely had time to consolidate and make himself known, only seven months, after the process of replacing Susana Díaz at the head of the Andalusian PSOE . But Pedro Sánchez and the PSOE leadership want to support Espadas, and avoid a new leadership crisis in the Andalusian federation, less than a year before the next municipal elections. The support for Espadas at the Ferraz meeting has thus been "absolute and total". “It takes a long time to consolidate an alternative project”, Sicilia assured. And now the claim is that Espadas has four years as leader of the opposition in Andalusia, in order to consolidate his political project.

But Sánchez and the PSOE executive strongly reject that Andalusia marks a turning point in a change in the political cycle that they attribute to the PP's strategy. "There is no change of cycle, the PP's strategy is to make believe that there is a change of cycle, but it is not like that," Sicilia insisted. With an argument in this regard: "There is no great transfer of votes." That is to say that, according to Ferraz's analysis, a large part of the traditional Andalusian socialist electorate has not opted for other parties, but has directly stayed at home. In Ferraz they also reject that the 19-J has expressed a vote of punishment to Sánchez. “You cannot extrapolate the result of regional elections to general ones. Citizens know how to distinguish the regional elections from the general ones, this time an autonomous government was at stake and the government's management was not evaluated at all”, Sicilia pointed out. And that will be tested again in the next general election. "The management of the Government is the best guarantee that we socialists have," she insisted.